Around 2009, you started becoming over seeing Photographs and actually quit. What led to that?

I was in school for my undergrad program. Which as I look back, probably didn’t make much sense for me to be in. For me, the community of having an undergrad was very very small and I think my world is much larger. Talking about photography work in this one little classroom didn’t make much sense to me and it was also very difficult. It was claustrophobic. Especially when I think my photographs are for everyone in the world instead of just fine art photographers, curators, and walls that are very stuffy and boring. I went through a pretty big time of rebelling against that and then I quit school.

Robert Frank was at the Met. When I saw the book dummies for The Americans and the contact sheets and how he put those things together I was blown away. The book was banned in the US and published in France. Seeing that was super inspiring to me. He was making zines before that was a word.

The reason I like your photography work is because it isn’t your typical Chicago architectural and street photography. What drew you to documenting Chicago’s south and west side?

Chicago is very segregated and people don’t tend to travel outside of their comfort zones. People go to their local farmers market, their coffee shops, and that’s it. People are very insular here, they don’t want to branch out.

A photograph is just a proof of the fact that I was in some sort of situation and connecting with someone. I have a lot of concern with a lot of things that are going on in this city. Things don’t seem fair and I would like to make an effort to make things better. The only skill-set I really have is talking to people and making photographs. As long as I’m able to make a photograph and make someone question their preconceived notions about something or someone or a place/time, then that’s the first step to dialogue and how we can change and think a little bit further. Most of the time I don’t even want to take a picture, but it’s part of my duty to take it. A lot of the time i’m just hanging out, being friends, talking to people and connecting. 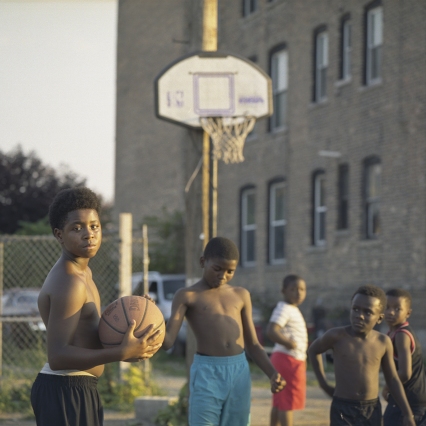 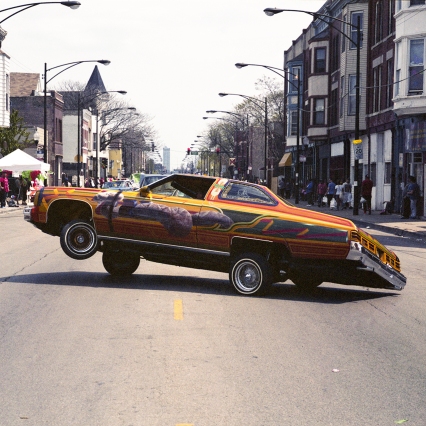 I read in an interview years back that you said “A lot of the times, I don’t show my photographs.”

The context of photographs now-a-days is strictly a screen. We don’t even see photographs together on a wall anymore. When you go on your IG feed you can’t even scroll up and down through a sequence. When you look at a book you can turn from one page to another and see the cadence. Seeing how pictures get bigger/smaller, how they talk to each other on pages oppositely, and prior. That’s all very interesting to me and the reason why I make my photographs seen in that context.

While you have a good following on social, what then are your thoughts on this digital/mobile era we currently live in?

I’m not 100% invested in social media. I do have a decent amount of followers for how many people I follow and interact with. People are very receptive and understanding of what I’m trying to accomplish. To really answer your question, Ace Hotel gave me a weekend to throw a photography book/zine fair. I’d be surprised if their opening party had more people than those that came to my event for a weekend. I had 30 something artists from all over the country fly in to partake in it and it was wildly successful. And if that’s any indication of people wanting things in real life as opposed to screens, then I don’t know. That made me feel good that we are in a good place moving forward. I will say that there’s a lot of garbage that gets put out whether that’s on digital or print. But you know, that’s up to you to filter out in your life. People just need to take more care of what they’re consuming and also what they’re putting out in the world. At some point, everything becomes less over time.

While you may not share a lot of photos on social, you release a TON of Zines. When did you first start getting into zines?

I made my first zine for the public in 2014/15. It was really interesting because I had been making books for so long. I didn’t have many editorial connections at that time and decided to put out the book myself. The year after I put out my first zine, Fresh Garb, Vogue had me in a meeting for that zine. It was pretty cool. It’s funny that that zine did that for me. When you put things out for yourself and you do everything for you, it will all come back. If you’re doing something good, people are going to take notice of it. 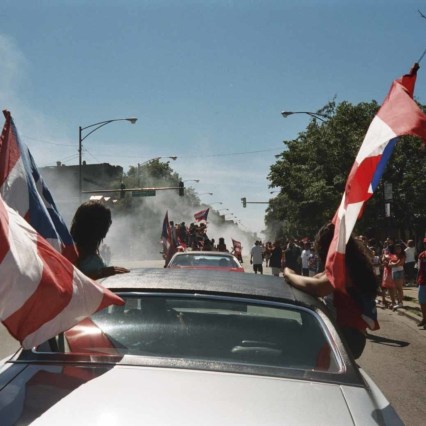 I would think putting together a book is a natural transition from a zine. Can we expect a book?

Yeah, I’d say so. A zine is a mixtape. A Book is an album. I’ve put out hundreds of mixtapes at this point. I have three books that are all pretty heavy that I’ve been working on for years. One of them I’ve been working on for 12-13 years and it’s about all of the people I’ve grown up with. It’s about an issue that’s affecting a lot of people – opioid abuse and my friends in Chicago that I’ve been shooting for years. The third book is going to be all about Fundamentals. I don’t know when I’m going to release these, but they will be out at some point.

How do you know when to release these books then if you’ve been working on them for 12-13 years?

I don’t fucking know. It’s tough. At some point, you just have to give it up and move on. I’m terrible at giving things up. Even when I know it’s better for me to cut my losses, I can’t move on. Especially when it comes to art or a project.

Let’s get into some favorites, what is your favorite neighborhood in Chicago?

I think my favorite neighborhood I lived in would be Pilsen. Part of it reminds me of home. The closeness of family. People aren’t scared to talk to their neighbors. That’s very important to me. I didn’t shoot too much there. I just liked walking down the street and feeling a sense of community.

This picture is always rough for me to look at. It’s important to me what I use this for. The cool part about this is that the photo/art community was really behind the Gofundme for this. People donated and we raised $10k for these kids to get buried. Two of their older brothers are friends of mine. We would play basketball. It’s tough to look at this picture. There’s a lot of issues and I can talk about this photograph for a very long time. While this isn’t necessarily my favorite photo, I really liked taking the photo at that time. Now I hate looking at it. 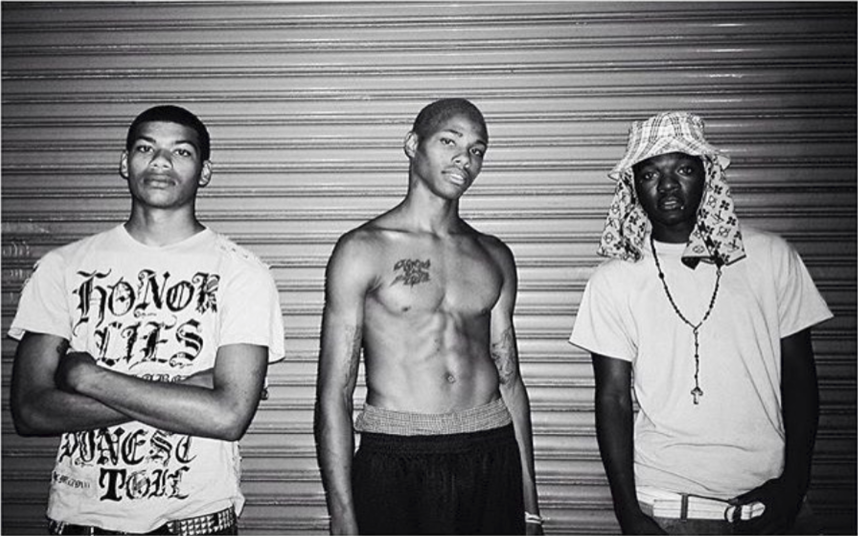 What’s your favorite thing about being an artist?

I’m unemployable. I don’t have to have a real job and when I do, at most its a couple of weeks.

Over the years of being a photographer, what’s your favorite lesson you’ve learned?

Be professional and be on time. Regardless if you’re in art, you need to be a professional about how you act, take things seriously, and give it a lot of care. Robert Frank said, “Purpose without passion is worthless and passion without purpose is worthless. You must need both.”