What’s going on man, go ahead and introduce yourself to the people

What’s up everyone, my name is Mike Szpot, also known as @ill.koncept on Instagram. I’m a Milwaukee native and a photographer.

Life was cool growing up. I would say I had a very independent lifestyle growing up; I didn’t hang with too many people. I lived in the suburbs of Milwaukee, in a very rural area. In the 7th grade I fell in love with skateboarding and that dominated my life all the way up to college.

When did you first begin to find your creative talent?

I would say I started getting creative with skateboarding. Not only was I skating religiously, I was filming, editing, and selling the skate videos I created.

Talk to us where the name Ill.Koncept comes from?

Well, when I first got into photography, I actually used the alias @ShootMilw. At the time, I wasn’t thinking any bigger than Milwaukee, so that’s why I chose that name. I just wanted to share cool photos of Milwaukee that I snapped while I wasn’t skating. Eventually, as I became more addicted to photography, I realized the name didn’t really fit me anymore and it needed to change.  I switched it to @ill.Koncept around spring of 2015. The name “illKoncept” stemmed all the way back to my roots and the old AOL instant messenger (AIM) days. One of my best skateboarding friends growing up, Bryan, had illKoncept as his screen name. The name kind of died with AIM. I figured it would work great for my style of photography.

2 years ago you decided to begin your photography journey. What caused you to even pick up a camera in the first place?

After high school, I went to college for Business. After obtaining my degree, I had a hard time finding a job, and myself. I eventually went back to my first love, which was skating and creating skate videos, but this time it was for Youtube and Instagram. I used a Canon 60d with a 18-50mm and a fisheye lens. One day, as I was browsing through Instagram, I came across a local in Milwaukee who was killing the photography game.  I wanted to experiment with photography and explore the city because of him. I already had a camera, so I just started using it to shoot photos on the side.

How much has photography changed your life over these past two years?

Photography has turned my life upside down, it’s what I live for now. After college I didn’t have any direction or real passion. These past two years had me seeing everything in a new light. I’ve been traveling, meeting tons of amazing people, and I’ve really developed a whole new lifestyle, mindset, and attitude. I’ve never been so excited for the future before. Photography gave my life a new direction creatively, personally, and professionally.

I didn’t start by taking photos of skateboarders. For some reason, I immediately fell in love with gritty, urban scenes and darker subject matter. I started out by shooting in abandoned buildings actually. Seeing photos of post-apocalyptic looking scenes things fascinated me and really sparked my interest in exploring.

Have you been able to notice any similarities between skating and photography?

Skateboarding and photography have tons of similarities, everything from the subculture to the creative bonds made while collaborating with friends. Everyone has their own unique style, just like how everyone skates a little bit different. Also, both activities require full concentration, which puts you in a meditative-like state. They teach you patience, consequences, and coordination. They make you get outside and exercise, and both have limitless, infinitive-creative potential. I also love how you can put your own unique twist while at a location. It’s just like a part in a skate video, you don’t want to do the same tricks at the same spot as someone else. I’m always trying to leave my mark by looking for fresh perspectives that haven’t been seen yet. 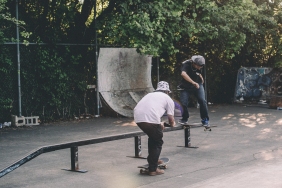 When did you begin to make your way down to Chicago to start shooting?

I came down to Chicago for the first time in February of 2015. I came down to shoot for one night and instantly fell in love with it. I came back two days later and shot sun-up to sun-down. I walked like 20+ miles that day, I was so sore, but it was worth it. Chicago was still so fresh and new to me. I kept coming back as frequently as possible, and continue to do so. 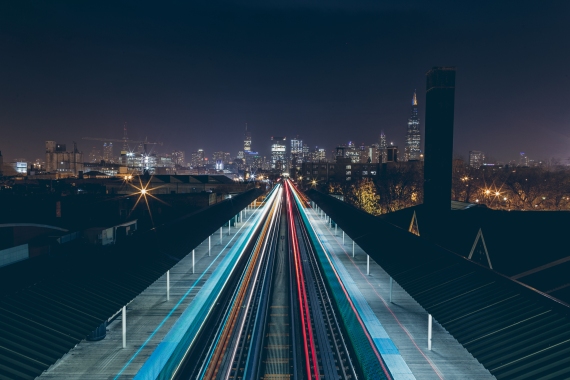 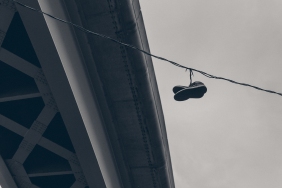 Being a Milwaukee native as well, what part do you play within the Milwaukee photography community?

I’d like to say i’m an influential part of the Milwaukee community, even though I spend a lot of time in Chicago. I try to host meet-ups every so often, even though I’ve been slacking on those. However, I curate a Milwaukee Instagram feature page called @IG_Milwaukee. I also just created a Milwaukee portrait page called @MKEportraits! Additionally, my good friend Brema (@optic.legacy) and I recently hosted a gallery night that featured five photographers from Milwaukee. It was a great time with an amazing turnout. I’m always trying to help people get their work noticed and give them something to look forward to! I remember how stoked I used to get when I got featured on a local hub. 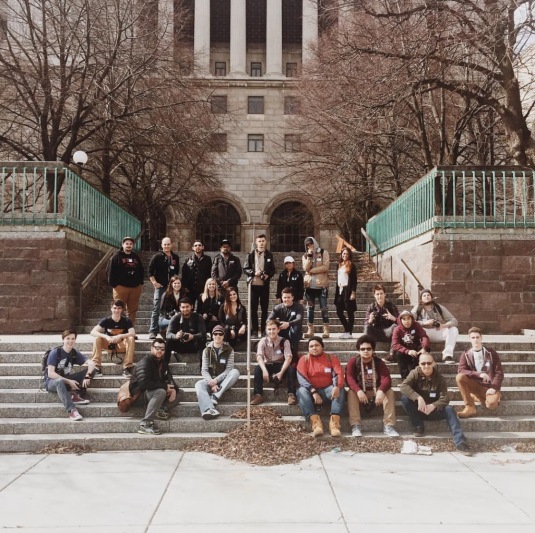 As you currently sit at 98k followers on instagram, take us back to the beginning. At what time did you begin to start seeing yourself develop a following?

I would say I saw the biggest surge around last December, after I visited NYC. While strictly shooting in Milwaukee, I probably built a following of around 5-10k. As I began to make my way around Chicago shooting, I started to grow more and more. Almost a year ago, I was sitting at around 25k, I went to NYC for the first week of December and I kind of blew up after that trip. I worked my ass off shooting there, I’ve never been so sore or had so many blisters on my feet from shooting to this day. The energy of that city is incredible, it’s hard to stop, you want to be out all the time. There’s a reason why they say the city never sleeps. 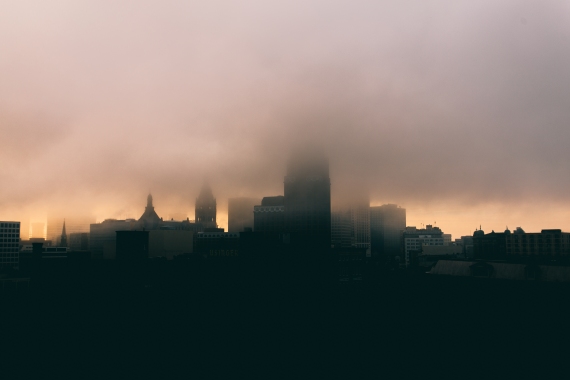 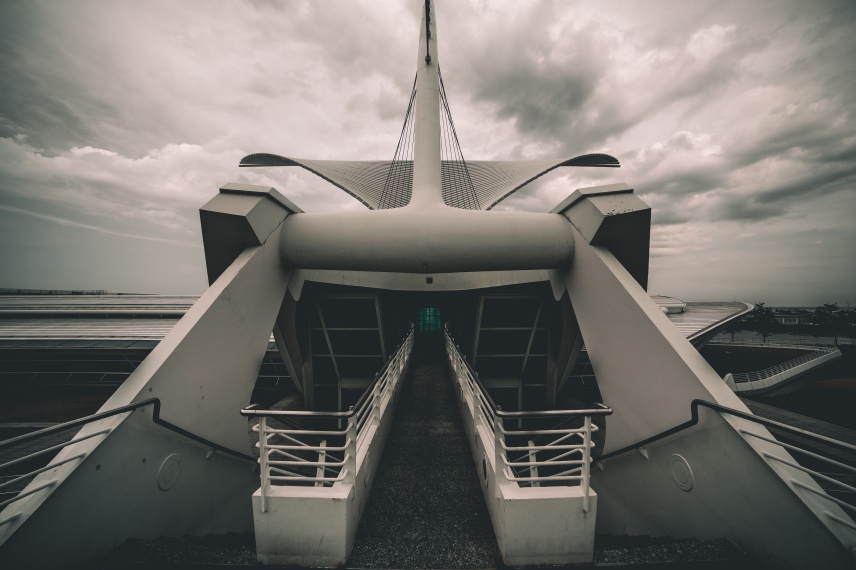 Is there a science or a strategy behind developing a large Social Media following? Or do you think it’s just all about the content you post?

I think content is most important. You can’t build a following if you don’t put out great work. However, I would definitely say there is a strategy to Instagram and other social media. If you’re just starting, you need to make sure that the people you want to see your work can actually find it. You can do this by using relevant hashtags, being a social butterfly (both on IG and in-person), attending community meet-ups/events and networking, and by getting out of your bubble and traveling. Consistency is also super important. I’ve been sharing photos 2 or 3 times daily for more than two years now.

You once stated, “Black is your favorite color”. Why is that?

I’m not really sure. I drive a black car, I like to wear all black, I guess I’m just not a very colorful person. I just really like gritty, moody subject matter. I’m not sure if that has much to do it, but I’m actually a really positive person!

Where are your three favorite spots you’ve been able to shoot?

My favorite things I’ve been able to shoot would have to be my entire New York City trip, exploring the abandoned side of St. Louis, and my early-morning helicopter flights over NYC and Chicago. 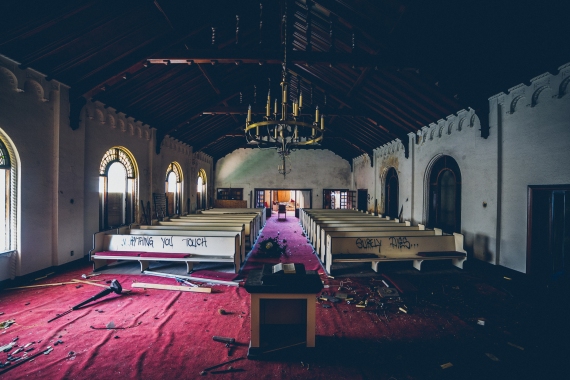 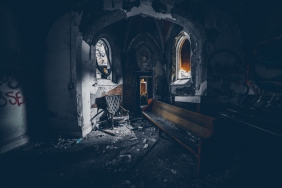 Alfred Eisenstaedt once said, “The important thing is not the camera but the eye” Do you agree with that?

Yes, I completely agree. Everyone always asks me about the equipment I use, the most important thing I can tell them is that it’s all about your perspective. Photography is all about your vision, that’s something you can’t learn from the Internet or buying a nice camera. Your “eye” is developed naturally from being out in the field as often as possible and practicing your craft as much as possible.

What are three brands you would like to work with in the near future?

I think it would be awesome to work with/for a helicopter company like FlyNyon. As for specific brands, I would love to someday work with Movado, I love their watches. Lastly,  since I’m sort of an adrenaline junkie with roots in skateboarding, I’d be honored to work with Redbull someday. Their campaigns look insane.

Besides great photos obviously, I want to be remembered as the underdog that came up from Milwaukee. It’d be nice to put Milwaukee on the map. More importantly, I want to show everyone the value of hard work and how important it is to follow your passions and chase your dreams. I’m also interested in showing people the journey of what it takes to transition into a professional, full-time photographer from an average day job.

1 reply to Is illkoncept a Chicago Creative?