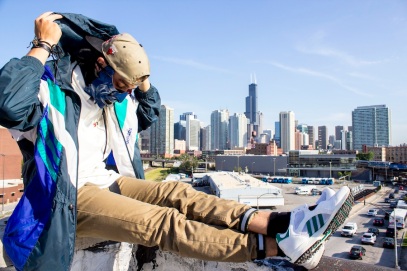 What’s going on man, introduce yourself

What’s up everyone, I’m Nikko Locander, I go by Ali-Six. I was born and raised here in Chicago, Humboldt Park to be exact.

Growing up was decent. I spent most of my time watching cartoons, drawing, and hanging out with my family.

What was your reason for getting into it?

I first got into Art in Kindergarten. We had this class project where we had to make a card. I went home that night and my mom helped draw my card, in which she drew a Teddy Bear, due to my love for cartoons. When I began seeing my mom continue to draw these cartoons, I quickly realized I would be able to do that as well. I began to start drawing cartoons I would see and create comics.

People may not know you personally, but they have definitely seen your art throughout Chicago. You have three different identities, Ali-6, Richie The Raccoon, and “Jin” The Genie. Talk to us about the meaning and concept behind each identity.

With the three characters, I looked to recreate something similar to an Aladdin storyboard. I wanted to create this graphic novel that talks about a teenage kid, aka Ali-6 who does graffiti, but tries to turn his hobby into a living. Richie is Ali’s best friend. Richie represents optimism. Jin The Genie is another one of Ali’s best friends. Jin’s character is very dark, but Ali and Richie look to teach Jin how to be nice.

When did you do your first Richie The Raccoon mural?

The first legal Richie The Raccoon mural was 3 years ago. At that time I remember not thinking it would go much further, but then I started to notice the potential it had and continued to run with it.

Lets take it back before Richie. You once were heavily involved with graffiti. When did you first start getting into graffiti?

I first got into Graffiti in high school. There was a culture already within the classmates here. I would see classmates do body art on girls, catch tags, etc. The culture had been underground and urban, but highly respected. I remember seeing that all of that being highly fascinated, and remember telling myself I want to learn this medium. On top of that, I wanted to learn typography, and how to draw letters because I had already knew how to draw characters.

After being into graffiti for years, what caused the transition from illegal to legal walls?

I had gotten arrested six times and decided I didn’t want to go to prison.

What’s your take on the whole street art vs. graffiti debate?

I don’t really look at it as a Vs. There’s absolutely no reason for hate.

Do you enjoy being able to collab with artists on murals?

Yes! I really do enjoy being able to collaborate with people. I like sharing walls with people I haven’t worked with before, or people who have given me opportunities to paint their walls. 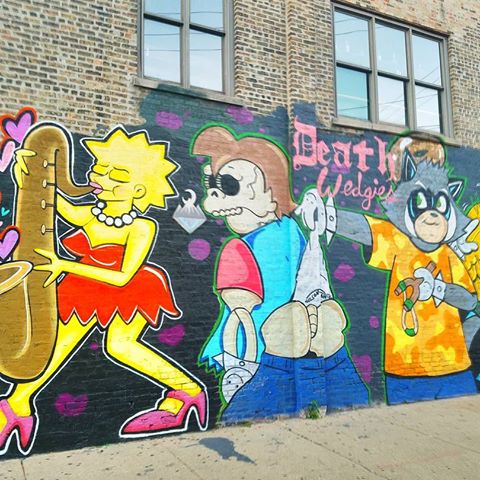 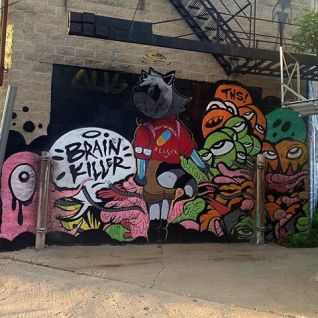 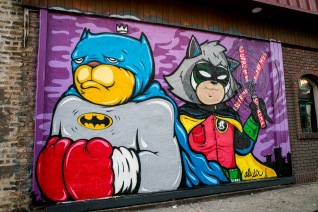 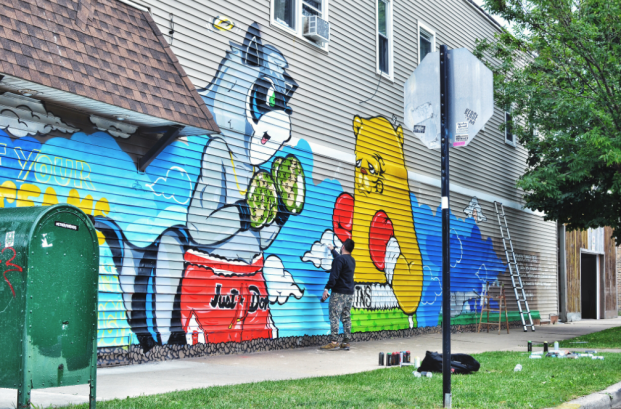 Like I stated earlier, your artwork has been up all over Chicago now, would you consider yourself a successful artist yet?

No, I definitely wouldn’t consider myself successful yet. I’m known across Chicago, but not across the world yet. I’m not even too focused on that right this moment, I’m focused on taking baby steps to the level I want to be.

Earlier in the year you created an “Ultralight beam” wheatpaste of Kanye and Chance in Wicker Park. Did that piece help develop a relationship with Chance? 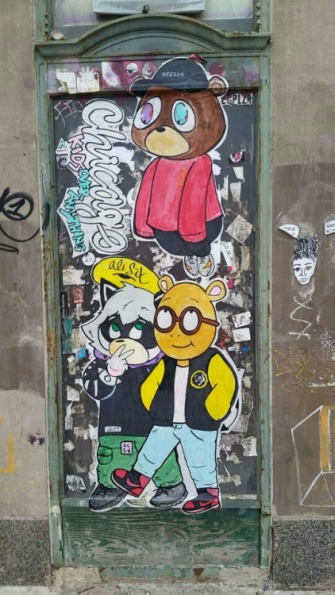 Following that, you were able to go on tour with Chance putting up posters and murals. How was that experience for you?

That was an awesome experience for me. I got to see and witness a lot of things that helped my career, and I’m forever grateful for that.

After debuting your first clothing release with Jugrnaut, could we expect more releases in the near future?

Yes, most definitely. One of the big things I learned from touring with Chance was quickly realizing just how important merchandise is. I’m definitely going to be making more stuff. Check the website for updates ali6chicago.bigcartel.com

As an artist, do you believe you have a role to show society?

I do, just not at this current point. I feel like when I get a little bigger, I could reach a larger audience and make a bigger impact on people.

A few years ago you considered your “Everybody Eats” mural your favorite. Has that changed over the years?

Yeah, but that’s just because I’ve been able to create so many pieces since. That mural is still definitely one of my favorites though. 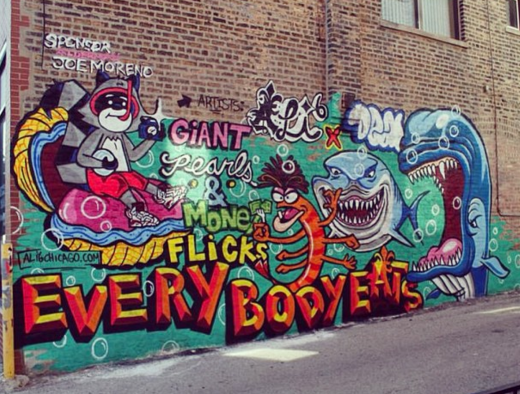 Throughout your journey being an artist, what have you taken away? What have you learned that you apply to your everyday life?

Over the years I’ve learned that I’m too nice to people. It’s not necessarily a bad thing, but still. I’ve learned to just look at everything with an optimistic point-of-view, I don’t believe in negativity.

If you could collaborate with any three companies, who would they be?

I would like to work with Uprise Skateshop, St. Alfred, and RSVP Gallery.

When it’s all said and done how do you want to be remembered on this earth?

I want to be remembered as a good person, somebody who helped change the culture and the world. 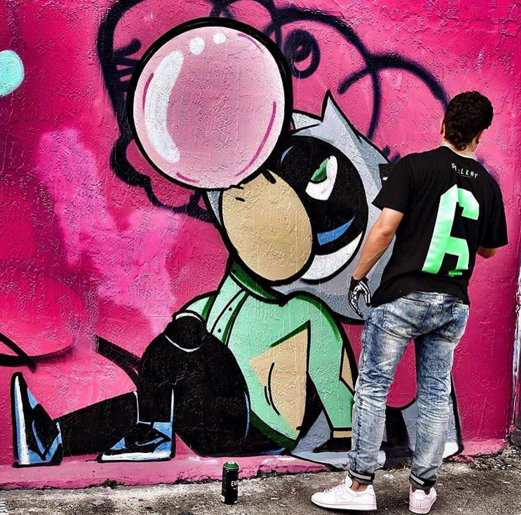