What’s going on man Introduce yourself to the people

Growing up was cool. With growing up on the Westside, you become exposed to a lot of stuff and temptations with the streets. Luckily for me, I had come up in a great family who always put me around the people I needed to be around. I got into Basketball at an early age and continued that in Highschool at Gordon Tech. After four years of Varsity ball, I received a scholarship to play at Monmouth University. Unfortunately once I got to Monmouth, I decided to stop playing Basketball, but that also begun the journey to creating Goodsinners. Everything happens for a reason right?

When did you first begin to get creative?

I first began getting creative at 14 when I started going to my tailor and get pieces altered or pockets/Zippers added to my clothing. I felt as if I could make these pieces of clothing better but I didn’t know the process behind it. I was always busy with basketball I couldn’t make it my priority. Even though I knew I had creative veins in my body I didn’t think it was serious enough to act on.

How’d you get into fashion?

I started getting into clothing in 2014 after my grandmother passed away. I went to college strictly for her and my mother so when she passed away I went back home and started experimenting with clothing. I hit up a old buddy of mine from high school to create my first logo and to heat press them on white t shirts. After realizing there needed to be more originality I started trying to find a craft no one was doing by hand. So I began to dye shirts by hand and screen print them. I enjoyed it because I would give it to friends and sell them at a very low scale. Maybe 2 or 3 a month.

What were your favorite brands growing up?

I was a huge fan of BBC, Evisu, Rick Owens, Supreme, Jordan Brand, and Leaders.

Why did you decide to choose making clothes your medium of choice?

I have always loved clothes; it only felt natural to design clothes. If you’re into fashion now, I truly believe you’ll be into fashion the rest of your life. Clothes also represent who we are, it’s important to have a unique sense of style, and that’s what I look to represent with my brand.

How did Goodsinners come about?

Goodsinners came about in 2012. During this time I felt like there weren’t enough brands capturing the true essence of Streetwear. Initially I wanted to just make clothes for my friends, and I never thought it would get any bigger than that. Four years later, I’m highly blessed to be in the position that I am. I remember the first shirts I was printing were on Cafepress with random designs. I was talking with my big brother for months about what should be the name of my company. One random day I threw out “Goodsinners” and his eyes lit up, he told me, “That’s the name”. Right then and there Goodsinners just stuck. 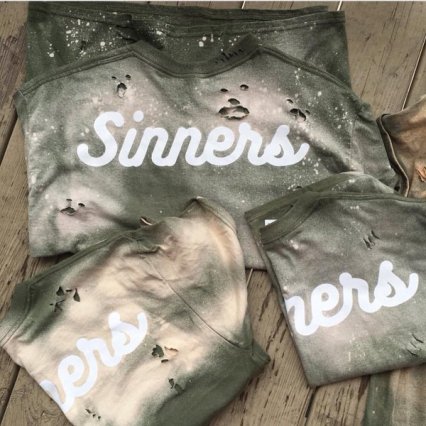 Talk to us about your latest release, “We Are All Sinners”

That was just a quick taste of what I want to get into, just a little introduction of what’s to come. The name of the collection came from the idea that that was a term we as human beings could all relate to. The collection had tremendous feedback and sold out immediately. 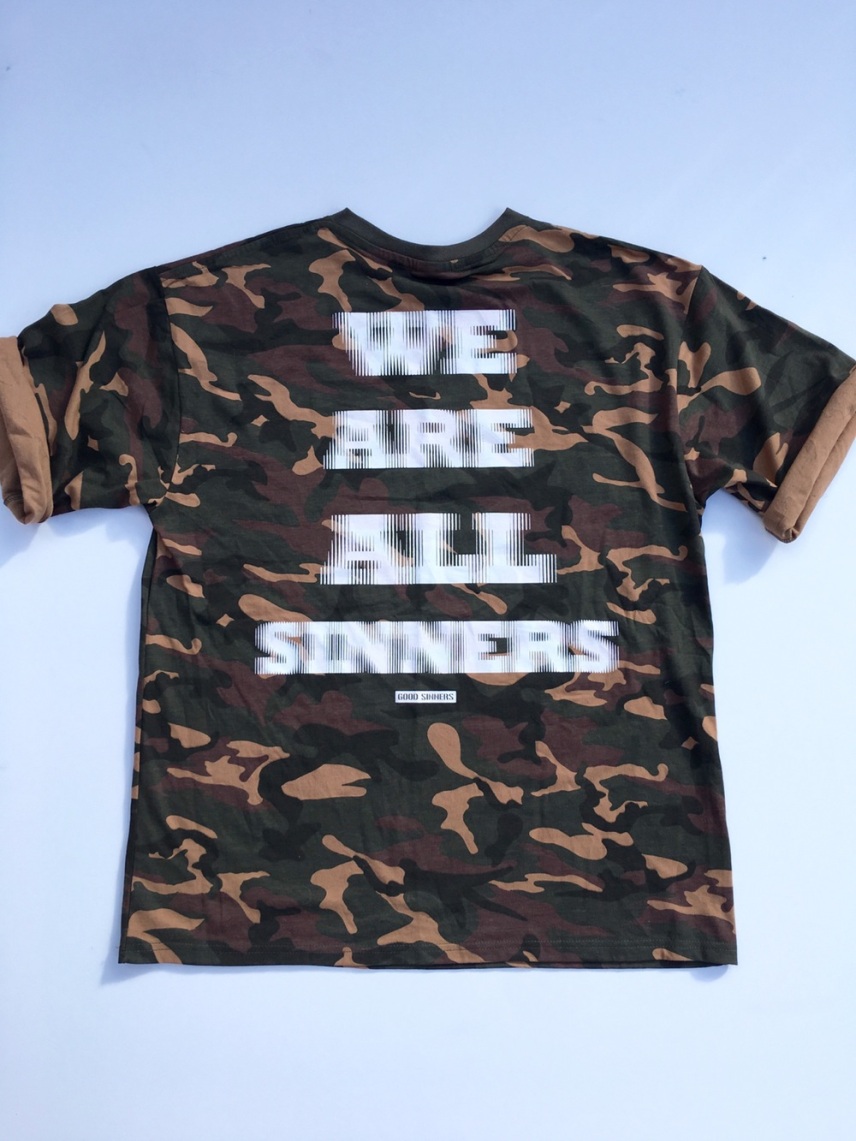 What are your thoughts on the current state of fashion industry?

Man, where to even begin. I truly believe that a lot of people are just followers, everyone’s mood board is the same. Its pretty whack honestly. People are literally not creative so they have to steal ideas and concepts from other designers that are winning. The non-creative people who continue to ride trends and not set themselves apart water down the industry.

Talk to us how you met Ty fonts

Man, Ty has been there since the beginning. Ty was there for the first ever Goodsinners photo-shoot. (His cousin actually did the photo-shoot) From that we just kicked it off and continued growing as friends. Ty ended up shooting a video with Jkrown with some Goodsinners merch on. Ty is my little brother; he is very creative and very talented.

Would you consider yourself anti-industry?

100%. I don’t like being around fake people. I’ll forever be my own person.

How have you seen yourself grow as an individual and as a brand since your first release?

I’m growing as an individual every day. At first when I started designing, I was just doing things just do to them. I’ve learned to be more strategic, and that’s very important when it comes to rolling out the new content. I’m beginning to learn what others like, which is important because you can’t just create what you like.

2017 is just a couple of weeks away, what could we be expecting from you?

In 2017 I will drop my first full collection. I usually just do one piece at a time, but that’s going to change. I’m going to look to start experimenting with different products as well. I don’t want to be boxed into a t-shirt and hat clothing company. I’m working on creating jeans, and constructing my own flannels. In 2017 I’m going to continue with my same team because I feel like it’s important when building a story to continue with the same characters (models, photographers). There will be a couple Goodsinners events throughout the year, and a possible collab with other brands. I really want to take my brand to a higher-end of street-wear in 2017.

Who are three brands you would like to collab with in the future?

Anything with Pharrell, Profound Aesthetic, and Noah.

Over these past four years, what has been your favorite Goodsinners moment?

There has been a couple. I can’t just knock it down to one. A couple weeks ago I had my hat on complex and worldstarhiphop. One of Lil Uzis friend was wearing it. Then literally the next day, a dude at Round2 in Hollywood was wearing my hat with Lil Yachty. The third moment was when I was scrolling through Snapchat’s story feed and Lil Twist had my hat on as well.

1 reply to Get To Know Devanchey Bell: From College Basketball to Designing Clothes