My name is Eva Castillo, also known as Box Chevee. I’m from Logan Square and I’ve been DJing for close to 7 or 8 years.

Let’s take it all the way back to the beginning, when did you first become interested in music and DJing?

I was really into dancing growing up. I would make my own mixes on windows media player and showcase them along with a dance routine at talent shows every year. After graduating from 8th grade, I was given a choice to pursue art or dance at The Chicago High School for the Arts… I chose art. This might sound cliche, but what sparked my interest in music again was when I first saw the movie Juice during my freshman year. I was really into hip-hop and lyricism then. For me, it was all about the technique and I was really into learning the fundamentals of everything. I don’t like to rush the process or take shortcuts. I told myself if I really want to mix, then I have to learn how to use turntables and build those fundamentals.

I mentioned to a friend that I wanted to learn how to mix and scratch and she suggested classes she saw posted at Silver Room (back when they were on Milwaukee). She told me there was a class taking place that Wednesday taught by DJ Moppy and that I should attend. I remember getting all dressed up and bugging my mom to drop me off for the class. Then, I met Moppy and spun my first record. After attending maybe the first 3 classes, I asked Moppy for private lessons. I would meet him at his house after school every Wednesday and Thursday and he’d have me practice cutting and beat juggling. He would have me come out to his sets and I’d carry and set up his equipment. After a month, I started taking it a bit more seriously, and I had a one-on-one with him and asked if he could mentor me. He told me to find a way to get my hands on a pair of turntables and to start practicing at home. I remember saving all of the checks from my job and started selling conchas and tamales at school until I finally saved enough money to purchase my first turntable. My parents saw how seriously I was taking this and matched me with the other for my 17th birthday. From there, I just kept rockin and rolling.

We’re going to keep rocking and rolling through this interview. As you continue to practice and practice, talk us through your first night DJing for a crowd of people.

I’ll talk through two experiences, they each mean a lot to me.

1) I always kicked it with the same group of homies, ultimately calling ourselves ODFP (One Day Fun Pass). I met them at Koz Park, where my dad would play ball. We would always have ciphers at the park. When they found out I DJ’ed, they started hyping me up. They were like, “We can rap, you can be our female DJ”. July 4th, 2013 was the first time I ever brought my turntables out of the house. We were trying to figure out what to do and I thought, why don’t I bring my shit to the eagle and we post up there. I remember we pulled up to the eagle, set up, and put on a show. That to me was everything. I remember not expecting the amount of people to stop and engage with my set. I brought all of my break records there so I was scratching, juggling and people were feeling it. It’s cool to look back on it because now since things are popping off for me, people recognize me from that day and remind me what it did for them. Everything that Moppy taught me in practice, I was able to apply it that day. It wasn’t just Moppy though, I have to give a shoutout to Shazam Bangles, Rice The Sound Transmitter, and Constance K – Cutz on Cuts and the Boogie Munsters!

2) Now, let’s talk about my first ever set… I remember working so hard on putting together my first crate. Moppy took me to dig almost every other weekend at Gramaphone Records. He had me dig through penny records first before I started cashing out on records by certain artists, producers, and labels. He challenged what I knew by introducing me to deep house, funk, disco, and boogie. He wanted me to learn the roots. It was different, I ended up falling in love with the whole process of it. Fast forward to my first set and I’m DJing at Multikulti thanks to Moppy. I still remember that set to this day and have those records in that same order at home. 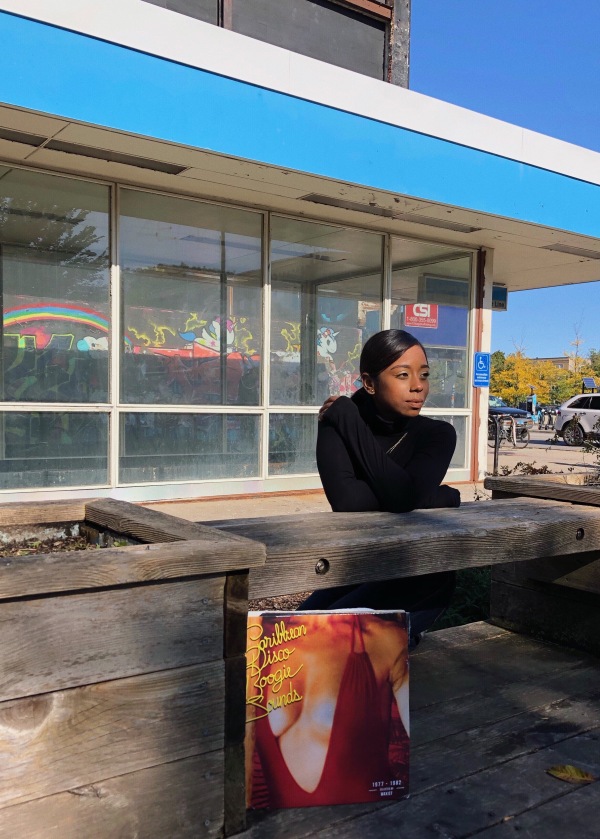 This summer you were able to release a mix of Chance’s handsome, that really took off. Talk us through the backstory of how this mix came about.

When I was driving home from work one day, I heard handsome in one of DJ Pharris mix. I was like yo this song is dope and added it to my workout playlist. A little over a month ago, I had the song on repeat at the gym, but I felt the song was missing a little something. When I got home, I broke out my controller to add some things. I started blending and playing with it. I was hesitant to put it out because I don’t crave attention. I just like to create dope things. It’s something that I’ve been struggling with a lot lately.

There were some internet trolls commenting on the handsome remix, did that discourage you in any way?

I felt all types of ways because that was my first time dealing with a troll. My first reaction, I was mad and reacted out of anger. What I regret about that situation was defending who I was and what I stand for. That’s where I felt like I was wrong. I should’ve just checked him and kept it moving. The reason why I did that was because he isn’t the only one that talks out the side of his neck when it comes to me DJing. Some people don’t know that I’ve put in the work, had the mentorship, and didn’t just jump into this. I worked for everything that I have.

It was a tough situation for me because I’m usually lowkey, not dropping a lot of mixes, and then all of a sudden the moment I release a new mix it gets a lot of traction… the moment I finally felt confident to put something out, I’m now getting shitted on by someone that doesn’t even know me. And people wonder why I stay behind the scenes for so long.

Do you have an idea of your next mix?

To be honest, nope. It has to come to me, I can’t force it. I’ve always wanted to put out a house mix, but I’m not too sure. If I had to give you an idea of what you might expect…it’d be a juke mix.

What’s your favorite thing about DJing?

Physically digging and finding music that I know no one else has. Not only is the music I find exclusive but the process is as well. 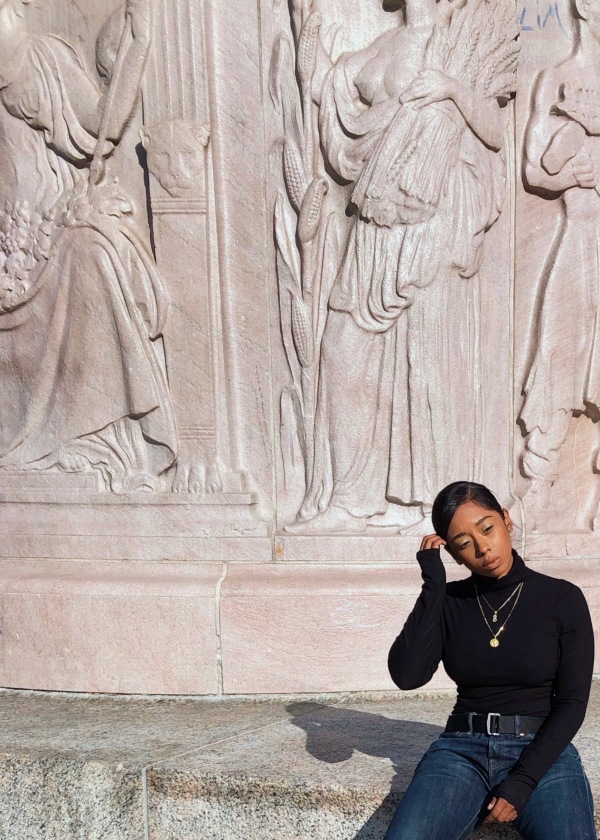 One goal I saw you say once was that you would love to eventually have your own Vinyl night at a spot you really enjoy. Is that something that’s on the horizon?

I used to hold a residency at Fox Bar and had a vinyl night. I would play house or Caribbean boogie and I want to go back to that. Since this Handsome mix popped, I’ve had a lot of people reach out to me for more ‘VIP’ events. I’m cool with it because it’s a different experience, but ultimately I’m not that kind of DJ. I’m a more low-key performer. I like it that way. My value is equivalent to the exclusivity of the music I find – I as a DJ can only be found not shazamed. I like to be the DJ that you can’t just look me up and hear my mix, you have to come out to my sets. PERIOD.

But in all honesty, I would love to do a night in Logan, since it’s where I grew up. A place like Estereo for the Latin vibes or something similar. My Latin jazz and salsa collection has been growing!

As we quickly approach the end of the year, if you can hold yourself accountable for accomplishing one more major goal, what will that be?