Rookie is the band that gives rock ‘n’ roll a modern rebirth while twisting in nostalgic grooves. Before the band heads to SXSW we sat down with Dimitri, Max, and Christopher to talk all things Rookie. Read up on what they had to tell us about their upcoming debut album, the importance of playing charity concerts, the rock gods they are compared to, and much more. Make sure to follow Rookie on their social platforms below

Right off the bat, Rookie has been compared to great bands such as the Eagles, Tom Petty and the Heartbreakers, The Allman Brothers, Cars, and even more. How do those comparisons impact the band?

Max: Our goal as a band is to be played on 97.1 The Drive because a lot of us grew up listening to that type of music. That’s not all we listen to or all we want to get out of music, but we definitely look up to great bands like those.

Dimitri: Those bands are the soundtrack to our lives. If we are making music that reflects those bands then that means we are staying close to our rock n roll roots. 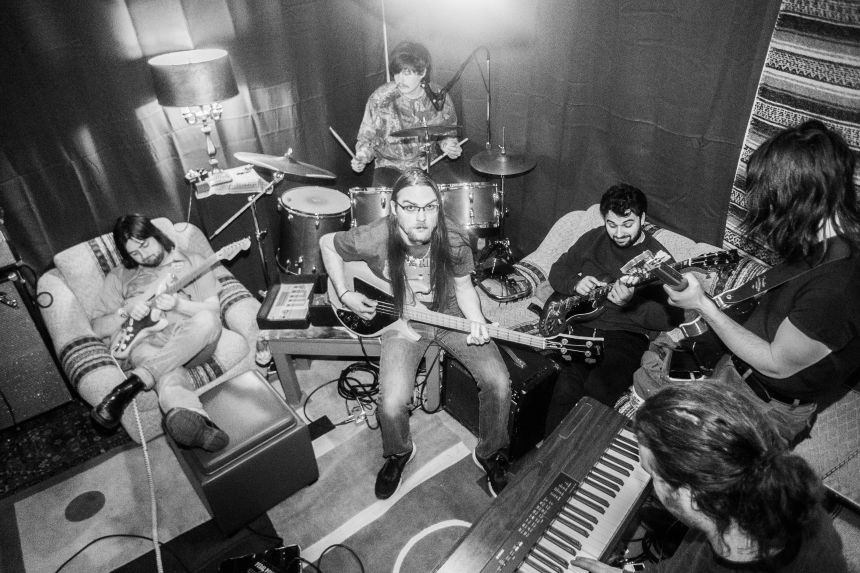 Does it ever add pressure to the band when people make those comparisons?

Max: I don’t think so. At our last show, we were told we sounded like the Eagles and I reacted with a simple cool, but I didn’t hear it.

Christopher: Those comparisons aren’t relative to our creative process. We are never making music with the idea that we have to sound like a certain band, other than Rookie.

Dimitri: House shows are a good place to experiment. Any time we want to try something new, a house show is a safe place to do that because everyone is screwing around and it is basically a free for all anyways. It’s not as formal of a setting as a venue.

Max: We have played mostly venues, but when the opportunities for house shows come up we tend to say yes. People may say there are no real benefits to house shows, but they are fun. The benefit is that you don’t have to be 21+ to get into a house show so we can play for a crowd that may not be able to get into our venue shows normally. However, the venues are great because you can hear everything your playing. It gives you more confidence on stage because you are able to follow what is going on. Also, at venues, you know that you will play. House shows always run the risk of the fuzz showing up and shutting the whole thing down.

Also, a lot of those shows were played before you had any music out. Is it hard to play live shows without released music?

Max: It helps that we have music out because people are more receptive. However, Rookie has played so much now that people amaze us and will show up to our concerts knowing the lyrics to songs we haven’t even released yet.

Dimitri: Our crowd is a good mix of dedicated people that attend every show and people that heard us through Spotify or Bandcamp and decided to come check us out. 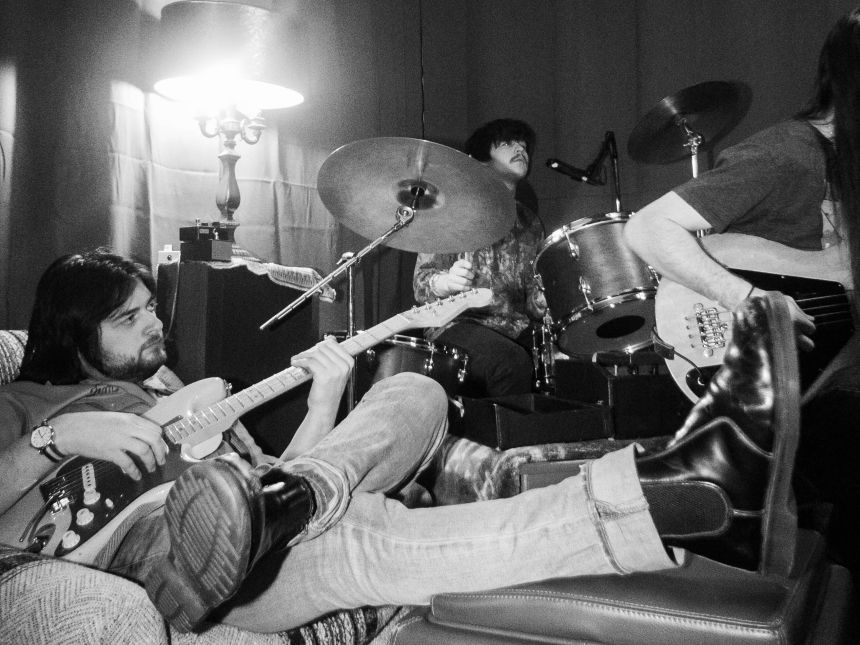 Your first single ever released was “One Way Ticket.” How do you think your first song set the tone for the band’s sound?

Dimitri: I think when people say we sound like a certain band it is because of “One Way Ticket.” Since we all had been in previous bands or written solo, this track was the first time we had written something officially as Rookie.

Max: The best part though is that everything we have released since our first single sounds completely different from each other. I wrote “One Way Ticket” at my Nana’s house while she was at water aerobics and I had cranked my amp all the way up. It was still pretty bare bones when I brought it to the band so we each played a role in building it up. Having everyone contribute made it a true Rookie song.

Christopher: The first single from any band always signifies a sense of purpose and enthusiasm too that helps keep the band motivated as it continues to find its sound and write more songs.

“I Can’t Have You But I Want You/The Move” is your most recent release from back in November and you recorded it as a live to tape. What made you decide to do that?

Christopher: That was my introduction to the band. I had just returned from tour in Japan and these guys gave me the warmest welcome back and invited me to play on these tracks. Part of the statement we tried to make when recording live is that there is room for error and that doesn’t deter us when looking back on it. So many of my favorite records by bands I look up to, such as the Beatles, are riddled with mistakes. That’s okay, we are human and it still sounds good.

Max: All of our previous releases had aspects of live recordings, but this was the first time we made an effort to get it all in one take. For those two songs, we did anywhere from 5-30 takes and recorded them both in one day. There are risks and rewards to recording live to tape, but I think for us we enjoy the challenge and the natural sound of it. We love how the songs sound when we play them live so we want to capture that in the recording as well. We also have a tune called “Sunglasses” that when we play it live it rocks a little heavier, but for the recording, we stripped it back and played it a little softer. For us, it varies song to song on what we think each tune needs live versus recorded.

We have to break down two things that accompanied this song: 1. The cover and 2. The music video. What was the inspiration behind both?

Max: The cover was all Joe’s vision. He sent us all a mock-up where he had photoshopped me with sunglasses onto a Fonzie, badass looking guy and photoshopped his face and a chastity belt onto a ripped, muscular male figure. When he asked us what we all thought we were apprehensive at first, but now we all love it. When you walk into a record store, it is the type of cover that catches your eye. It is a lot to take in, I mean I’m literally holding the key to Joe’s chastity belt on it.

Dimitri: Tim Nagle shot the music video for us. He has been to a few of our sessions before to take pictures, but this time he came in and filmed us the entire time we were doing takes. He told us to act natural, which of course made us not, but I think the overall video is a fun behind the scenes look at our recording process.

Is the look of this music video something you guys want to stick with or are you looking to also make videos in the more narrative realm?

Max: Without giving too much away, my friend does animation and I want her to do our next video. We all have some ideas swirling around on future narrative music videos, but I think an animation video will be our next step. The music always comes first for us, but in today’s world videos are important and catch attention so it is something we are starting to navigate through more.

With the release of all these singles, what can you tell us about an upcoming record?

Dimitri: One day it will be done. It is in the works and we are getting pretty close.

Max: We are in the experimental phase of the album right now. Some WWII air raid sirens will be sampled in some songs and other surprises. The album hits a lot of different notes. We have country influences in one song and hard rock in another. All the songs are laid out so hopefully by the late summer we will be able to release the full album.

Back in 2018, you played SXSW and this year you will return again. What are you hoping to do differently this year around?

Max: Differently, we are going to play more shows for sure. The biggest thing we aren’t going to do though is get Buffalo Wild Wings and let Joe reheat mango habanero wings in the microwave for two minutes. No one could breathe in the room. It was like we had all been maced. Dimitri and I were crawling on the floor and choking on the air.

Dimitri: That’s definitely our number one priority, but beyond that, I am really excited to play outside of Chicago again. When it comes down to it we want to play super tight and perform at our highest level. The whole festival down there is known for networking, but we are more into playing and letting our music speak for itself.

Max: Something we want to do again is make our return to The Castle. Our friends in the band Town Criers snuck a crowd of people that resembled all of Cole’s Bar into a mansion formerly owned by Robert Plant. They walked into the mansion and said they were set to play there tonight and the owners just said okay. The house had a river, a bamboo forest, a wood refrigerator, and a see-through floor/ceiling. The stage was in the basement so when you looked up you could see all the people upstairs. It was one of, if not the most memorable part of our first trip to SXSW.

Before SXSW, you are performing with Twin Peaks for the 312 concert hosted by Goose Island that they have deemed as their “biggest party yet”. How is Rookie going to help make this the biggest party yet?

Max: We have played Lincoln Hall a few times now and it has become one of our favorite venues to play at. Being able to perform there again is definitely a treat for us. Rookie has never played with Twin Peaks before either so having that opportunity to play with a Chicago band that we enjoy is nice too. 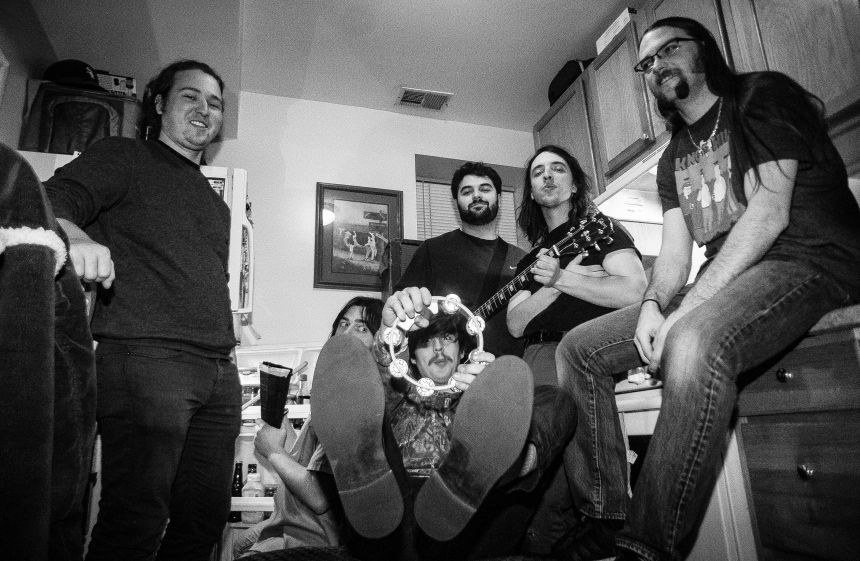 Rookie has performed in shows for causes such as Our Music, My Body, F*CK C*NC*R F*ST, and Project T.A.P. What does playing shows for specific causes mean to the band?

Christopher: These causes are all bigger than music, but any way our music can help support a great cause then we want to be involved. These organizations give us a purpose beyond the band.