As the definition of go big or go home, Jordan Martin has captured the eyes of many Chicagoans through his high energy performances and his instrumentally layered tracks. Still young in his career, learn how Jordan found his rap cadence through his background in percussion, how he views songs as movie scores, the importance of working with other local artists, his future project “Lost in Translation,” and more. If you’re lucky he may just be one of the surprise performers at your local Sofar show this spring. Make sure to follow Jordan on social below

Hi, my name is Jordan Martin and I am a singer/songwriter based here in Chicago.

Let’s start with your origin story, how did you get into music?

My music career started early on in my life and was very instrument based. I grew up in the church where my mom used to sing in the choir. My mom eventually left the choir, but they had me join and play the drums for them. In fifth grade, I joined my school’s band and played the clarinet. I was complete trash so I ended switching to trombone. When I got to high school I continued to pursue percussion and it became my main focus. Vocals came into play when I started to learn how to write poetry from my dad. He is a speech coach at York High School in Illinois and helped me realize that my poetry could be turned into raps. This has helped my lyrics not be so cookie cutter and have a poetic element so that people have to dig deeper into the meaning. 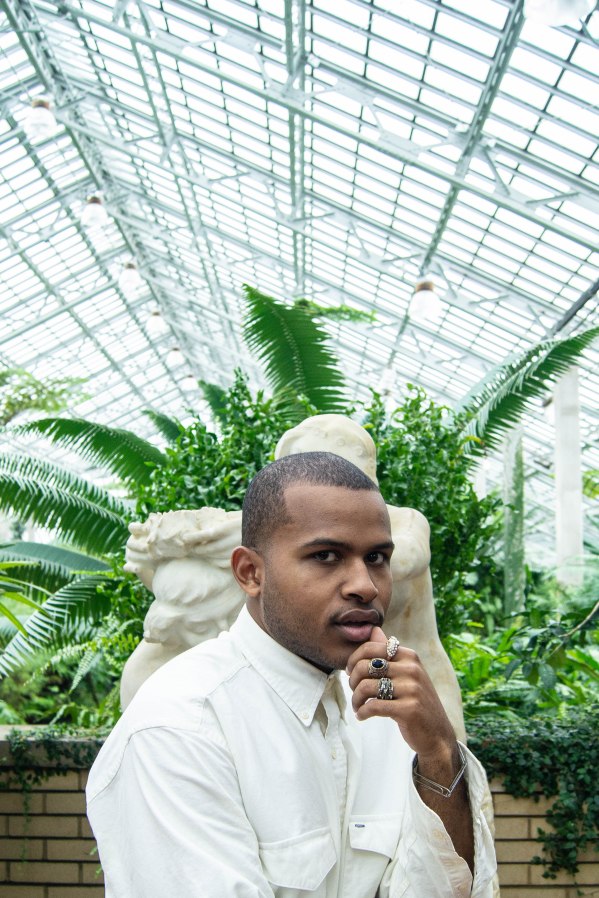 Independent and local art is something you seem to cherish deeply. What has the Chicago community helped you to achieve as an independent artist?

I think the best thing is the simple fact that you can be whoever you want to be. There is someone in Chicago that will appreciate you and fully support what you are doing. Whether you play a show in front of 8 people or 800 people, having just one person come up to you after the show and tell you they enjoyed your set then that is one more person in the city that believes in you. The scene is so vast in Chicago that any artist can find their crowd that understands what they are trying to individually express.

You also have featured several local artists on your songs and you have been featured on other local artists songs. How does collaboration through features work?

All my collaborations have started out as humble friendships. The music is secondary to our support for one another and each other’s musical journey. Everyone featured on my tracks is given full creative control to express how they fit into the song. I want their feature to come from a genuine place of what they are feeling at that moment. If I wrote their lyrics for them, the song would no longer work for me. I want features to be another outlet that allows my fellow artists to create and hone their craft.

In early January you came out with your first music video for your song, “Runnin’.” What was the creative process behind the video?

I write my songs as movie scores and deeper than the formulaic pattern of the chorus then a verse, then the chorus then a verse. Through this song, the goal was to create a new age orchestral ballad. When it came to the video we wanted to match that goal with majestic images. We drove all around Chicago and even Indiana to find these settings. The best set we found was an abandoned church in Gary, Indiana. Having creative control and being able to run place to place throughout shooting the video helped us capture the essence of the song.

In early February you followed that music video up with another music video with the release of your song “Waves Die.” As you continue to release more music and videos what do you hope to achieve with each new release?

I want every music video to be different and work with as many different videographers as possible. I never want to limit myself and I want my art to help give other artists opportunities to collaborate with me on filming a music video. Every videographer brings a different look, aesthetic, and feel and that is what I want my music videos to do too. From “Runnin’” to “Waves Die” I think you can see that. “Runnin’” is very thunderous and heavy, but “Waves Die” is soft and beautiful. When filming “Waves Die,” we spent our time walking around Chicago, New York, and Vermont filming people’s interactions. We captured everything from couples to the exchange between a food vendor and a customer. Both music videos were able to separately capture each songs specific sound and meaning whether you are familiar with the lyrics or not.

You have performed for Sofar Chicago and even partnered with them for a free ticket giveaway. What do you love most about performing for their shows?

I love it because you never know what is going to happen. Sofar produces a beautiful atmosphere of people that are solely there for the music and not a particular artist because it is at random. After my first performance with them, they gave me a list of places they thought my sound would fit in well such as Sofar London, Oslo, San Francisco, Seattle, LA, and NYC. I am planning on doing more Sofar Chicago sets in the spring, but then around Governors Ball, I am headed to NYC for a set there. Having all these connections given to me through one organization has been a true blessing and has had a positive impact on my musical career.

You tweeted that you have no genre boundaries when creating music and that you will not just stick to rap. What makes you want to be genreless? Is it a conscious decision or just what you have naturally discovered as you continue to write music?

It naturally works out that way because I listen to such a wide variety of music that I am influenced by each and everyone one of them. I pride myself on being genreless because at the end of the day I make what I feel. I don’t write music to achieve a certain sound, but rather to convey a certain feeling. Also, another thing that I think sets me apart is that I have a different cadence than most rappers. Due to my percussion background, I tend to write my raps to the beat of a snare drum. My cadence will always be there, but the genre behind the full song will always be different. Feelings have different layers so my songs will all have different layers.

I know you are sitting on some demos and your project “Lost in Translation.” What can you share with Chicago Creatives about future releases?

Before the summer it will drop, but disclaimer, I do not consider “Lost in Translation” to be my debut project. I have had all these songs built up for a long time now and I want to release them as a full project to have a fresh start and clean slate. The whole project is a series of letters. On a daily basis, we have thoughts that we do not say and tend to keep to ourselves because they are lost in translation in your mind and through your endeavors. I have had to dive into my head in order to process all these thoughts and feelings. As a result, the project is very pain ridden and raw but has brought me ease. I am accepting that this may not be the most popular project, but it is my collection of letters that I hope people can relate to it and find solace in.