While you have been writing and producing for other people for quite some time now, why did you decide to finally debut a solo project?

I think it was mostly a matter of circumstance in a way. I had this production set-up for a long time where I was able to produce music outside of my home studio and make beats, write songs, and go into other peoples studios with artists and record it with them. About two years ago I got the opportunity to split a studio space with a couple of other guys. Once that happened, I had all of this access to a bunch of equipment and hours and hours worth of studio time by myself. Naturally, it was the right moment to begin recording my own music. That was about two years ago and this project is the culmination of that two years. 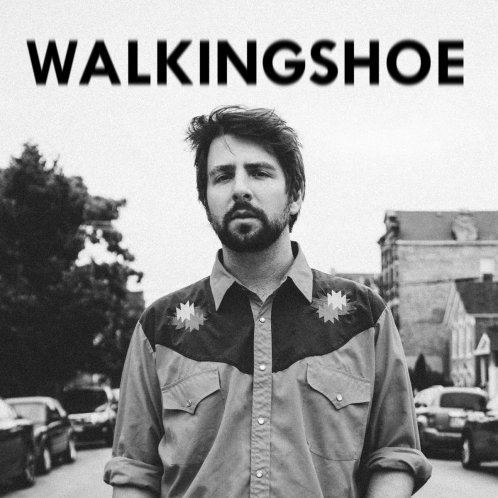 People may know your credits with in the hip-hop scene, knowing you’ve produced for Towkio, ShowYouSuck, Qari, and many others. When listening to this project, it’s clearly a completely different sound. For you, are you just a fan of making music and not necessarily sticking to one genre?

This project was a 180 in terms of music that I had been producing. But, I’ve been playing guitar for years and I think a lot of my close friends know me as someone who writes folk music. For me, this is the type of music that I always resonated with. When I was growing up, I was a big fan of Bob Dylan, Sheryl Crow, Nirvana, and the whole Grunge rock scene. I actually didn’t start really getting into rap music until sometime after high school, which that led me then to produce. I realized I enjoyed making beats. But, for this album, it was important to highlight the sounds that developed my love for music. It doesn’t seem as much a 180 for me, but I can understand how some people may feel that way.

I think a lot of people that are open to making music, they just kind of make music that comes to them naturally. A lot of different music sounds comes to me naturally. I don’t want to ever set any artificial limits on what I can create. Music is music. I think you only get better as an artist listening to different types of music and getting out of your comfort zone. Because inevitably you’re going to bring in the best aspects to create some new sounds. The reason why I make music is that I want to make what genuinely sounds the best to me and that’s what I personally want to put out into the world. Otherwise, I really don’t feel like there’s any other reason to do it.

For your debut project I see you were able to work with Emily Blue, Jackie Robertson, Matt Dougherty, and Jon Brinck. How did your collaborations actually play out when you were making the music? Were there moments when you wanted to go in different directions creatively?

When I have people in the studio and we are collaborating, I like to let them let loose and play everything they can possibly play. Play out all of their lines and ideas. With me being a producer, I know I can go in afterward and craft everything into a final song.

After following you for a few years now, it seems like collaboration is a big thing for you when it comes to making music. Would you say?

I think it’s really important. There are so many aspects of collaboration. First, you’re just one musical mind. When you bring around two or three other people, you get 3x the amount of better ideas. You get to play off of each other and it will bring out new ideas you never would’ve thought by yourself. Second, Chicago is a small community of people. The more people you are collaborating with, the more opportunities you get booked on shows, album features, etc. Collaboration leads to opening doors. Music is also to be shared with people. If you’re lucky enough to know some great musicians, take that opportunity to collaborate with them because you can’t do everything by yourself.

I read the songs on your debut album been in the vault for a while. When and how did you get the confidence to release it into the world?

Two years ago when I started at this studio space it was my first introduction to the recording process. I did a lot of producing, but I wasn’t as much tuned in with recording. Part of the songs being in the vault is because I would record the first versions I had in my head, but it wasn’t until a year or two later when I started to get comfortable with the process. I started to realize I liked the sound and I was ready to polish it up, finish it, and then release it. It came down to me getting comfortable with my own recording skills. Plus, again music takes a long time to craft something you’re actually really proud of.

After finally releasing the project after a few years, how do you feel?

It felt great to finally put it out there. I used to only release on SoundCloud, now I’m branching out more to Spotify. That part feels good. It’s nice to finally have a base project out because I’ve been thinking about the future. Because I have a lot of songs, do I want to release them as singles over the next year, or do I want to put together another project? Whatever the answer is, I was happy to finally put one project out on a platform, so when someone looks me up they can listen in its entirety. It’s not just one song and then people start skipping around.

What is your favorite song off the album?

I would say I really like Unsuspected Stranger a lot. The lyrics just came out very naturally. That song and Won’t Be Late are my two favorites. I will say though I was very satisfied with how they all came out.

As you’ve grown over the years, what do you think is the biggest lesson you’ve learned that you’d like to pass off to other artists?

Collaboration. People think that they can do everything themselves because all they want is to be in total creative control. They will come to realize that there are just as many amazing people out there that are looking for people to work with. When you collaborate, you begin creating things you didn’t even think were possible. I wish I would’ve learned that lesson and been a bit more open to that earlier in my career because once I started collaborating, as I said already, so many doors began to open up for me.