Back in December, Gerald, or G Eazy, delivered his third album, The Beautiful and Damned. An ode to Scott Fitzgerald’s second book…you guessed it, The Beautiful and Damned. G Eazy gets very deep and personal on this album, as he discusses topics of sex, drugs, luxury, and partying. With this project, G Eazy gave the world 20, deep, and personal records, while rolling out three singles. The first single that was released was a HIT, No Limit, feat Cardi B and A$AP Rocky. This was a huge charting record for G Eazy, it peaked at number four on the Billboard Hot 100. Him & I was the second single he released. This was a complete 180 of a record from No Limit. Him & I featured Halsey, Geralds girlfriend and they explore this ‘Bonnie and Clyde type relationship’. Rolling out the final single, Sober, this single dropped with the album tracklist back in December. As I said, this album dives deep into his partying and substance abuse, Sober is one of those songs. On it, he says, “Uh, yeah, I might regret this when tomorrow comes but, them drunk nights are more fun than sober ones.” 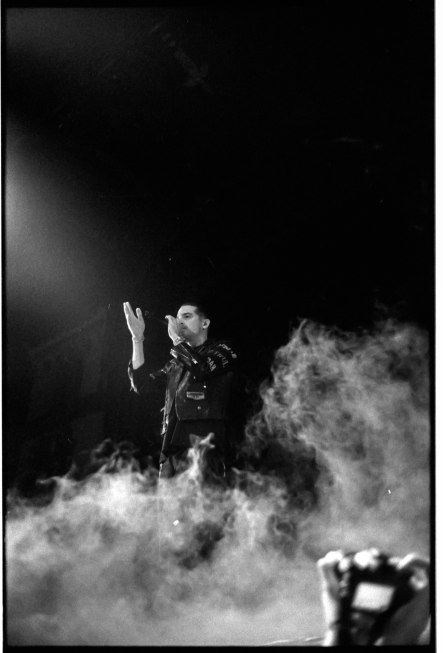 A few weeks back, G Eazy ended up coming to Chicago, on his album tour. Besides, No Limit, I had never really listened to G Eazy. For whatever reason, I just never checked for G Eazy music wise, but I would always watch his interviews. I thought he was a very interesting person and really put passion and effort into his craft. I was lucky enough to receive a ticket and check out the concert for myself. Man, one thing I can tell you is that I don’t think I’ve ever seen more girls in my life at a concert. The women love Gerald. That’s A FACT. However, I was fairly impressed with how he rocked the crowd. From the people on the floor to the people up top, everybody was moving and singing along to every song. He has a cult-like fan base. After seeing him perform, it made me appreciate G Eazy a little bit more. His live performance I think really makes the performance much better. He performs with a live band and they really got it cracking. Do yourself a favor and check out G Eazy’s music. Give it a listen. Maybe you’ll like it, maybe you won’t.