January 15th, we got your new project, which is Vic Spencer x SonnyJim: Spencer, for HIGHER. How did the idea of you and SonnyJim come together for a whole project?

Twitter did it, in all honesty. I believe when someone speaks things into existence, it really comes to life. This is just a prime example of that.

You said Spencer For Higher is your most timeless conceptual album. What did you mean by that?

I’ve never had an album that had a theme straight through it. I’m always random on my previous albums/records

Rumor is… you’re already working on Spencer For Higher Season 2?

A lot of past projects have been all collab projects… Can we expect just a Vic Spencer solo tape coming?

I got a solo album that I’m working on. That should be due out sometime in 2019.

In Chicago, Vic Spencer is known as the bitter old guy who is always hating on other Chicago artists. Do you think that mentality has hurt relationships or opportunities for you? Or, do you even care?

I believe it hurt, just a bit. You burn bridges when you speak your mind and rebel. I don’t get the “Vic Spencer is bitter” talk. HOW? When I’m out here making better music than these cats that are doing the most talking.
I no longer care, off that attribute alone. they gotta figure out how to stop me and my music now, THEY CANT.

Because the notion is that you are a bitter hater, do you ever want to change that?

People’s perception of people is just talk until the parties come together for understanding. It’s not gone happen so it is what it is.

Best Chicago rapper? (not including you) 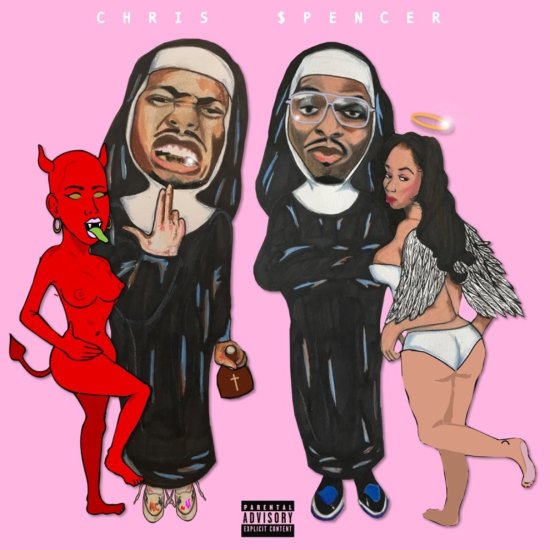 When P told me the story behind the 1st bar that he spits on the 2nd verse of BBQ. It’s one word: “BA-FA-SHE-KE” (say it fast) …go listen to the song

One thing you want people to remember you for