When did you first start getting involved with hip-hop?

I grew up in the Uptown area of the North side of Chicago. There used to be a record store called Topper’s across the street from the Wilson L station. I would go there as a kid and buy rap tapes and 45’s. This was around ’84-’85. I’d buy all the Roxanne/UTFO records, Newcleus, whatever I could get my 11-year-old hands on! Eventually, I would start writing my own raps and ultimately start recording my own original songs. I started to build a name for myself locally, then regionally and then finally I got out there a bit nationally.

Do you think Chicago’s hip-hop scene was getting overlooked in the 90’s?

Chicago Hip-Hop was late to get recognized nationally, but our hip-hop scene was always vibrant. We’re we overlooked, yes, but what did NY and LA have to gain by giving us any love. Nothing. That’s why I knew I had to push forward independently, rather than wait on the powers that were running the game at the time to embrace me. I tried to blaze a trail of independence for those that would follow after me. But overlooked? Yes. Always.

The other day, you took to Instagram to post a picture of you and Tech N9ne in 2002. You said he flew out to Chicago wanting to sign you. What was the relationship you and Tech had? And why didn’t you want to sign?

In ’02 Tech and Travis O’Guinn flew out to Chicago to meet me in person after having shown interest in working together to my Management at the time. I picked them up at Midway airport and we spent all day together. Tech and I had a great vibe together. He hadn’t quite blown to the level that he ultimately would and he and I were very like-minded independent rap hustlers. I was signed to Traxster’s production company at that time and Trax felt that they couldn’t offer anything beyond what he could provide at the time and decided not to pursue a joint venture. Oh well. Lol… All things for a reason. 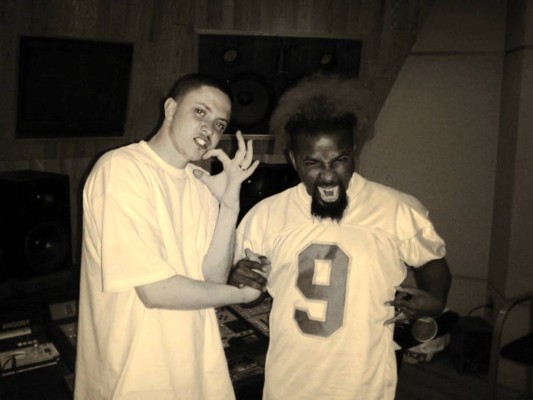 Last year you were able to share the stage with your favorite rapper and one of your biggest influences Schoolly D. How was that feeling for you?

As a fan of Schoolly D since I was 12, to finally have my career come full circle and share the stage with him was definitely a dream-like achievement. On a personal level, it was one of the highlights of my career, for many reasons. Sometimes it’s the smaller more candid achievements that touch you the deepest. 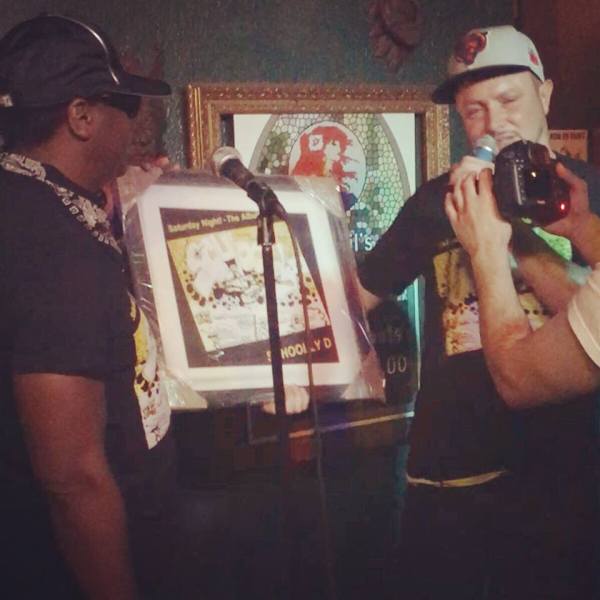 Around 10 years ago you put out your last project, but now you’re back with “Seeds, Stems, and Gems LP”. Talk to us a bit about why you decided to come back after this time and put out this project.

I’d been approached by several international labels over the last 5 years or so to so an album of unreleased music. Having such an extensive back-catalog, there has always been very little music recorded that was eventually released in some form. Over the past years as I delved into my personal archives, one by one, I would stumble upon little gems and random odds and ends (seeds & stems) that for one reason or another, never were put out. As this collection of music began to manifest itself into an album’s worth of content, I realized how interesting it was and how much my fan-base would appreciate hearing it. I decided to do the album with a local company, Big Herc, Inc., that was already doing merchandising for Cypress Hill, Das Efx, and others, and it just all came together. I wanted it to be a very limited-edition highly collectible release that the fans would look back on years from now and be proud to own. I feel we achieved that. 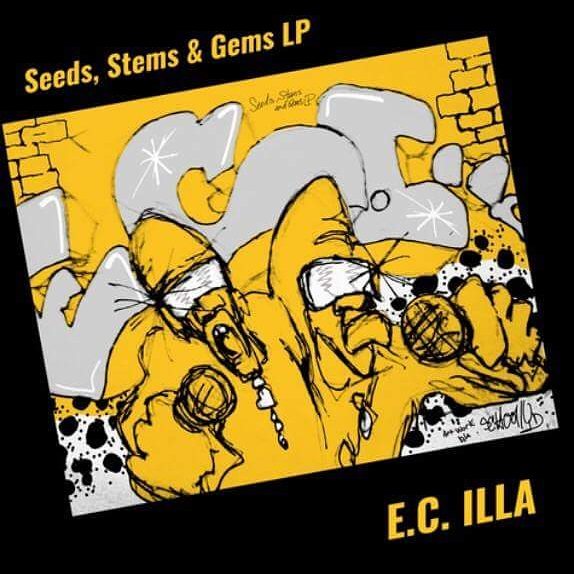 Ec Illa, you are one of Chicago’s most respected and legendary artists. As you look back on your career and everything you did for the Chicago music scene, did you ever think you were going to make that big of an impact?

That’s very kind of you to say. Honestly, I always felt there was something special about what I did, or I would have never pursued it so diligently. I’m sure most artists feel that way, but I really did believe in myself to an unusual level. Lol Call it fate, but I was blessed to have caught lightning in a bottle a few times throughout my career and reach many thousands of people on a level that seems to have really touched them. And for that, I am forever grateful.

Seven years ago, you did an interview with Andrew Barber of FakeShoreDrive, and you said that “ON ILL and What You Be About, were two songs that established you as a legitimate artist both in and out of Chicago. However, the Do or Die guest appearance on “One More Way”, The Trust None movie and WhiteFolks album ended up reaching as many, if not more people.” What song throughout your entire career meant the most to you though?

I think “On Ill” and “Illa LP” are viewed to be my magnum opus by many. However, for those that discovered my music some years later, “One More Way” and my White Folks album hold a great deal of weight as well. I suppose “On Ill” and “What You Be About” captured the essence of the time more than any other songs though, and I’m proud to say they are still highly regarded to this day.

How do you feel about the Chicago music scene in 2017? Who are some newer artists you’re listening to?

I don’t listen to a great deal of rap nowadays. I listen to mostly Dusties and Classic rock, to be honest. As far as current local hip-hop goes though, I do have a great appreciation for Vic Spencer, Griffen, WateRR, 7 Oddz and Duchie Baby. I feel they carry the torch with regard to the type of hip-hop I used to do.

If you can give one piece of advice that you learned over these 20 years to the younger artists and generation… what would it be?

Persistence and consistency is the key. Keep your quality standard high when it comes to recording and always think outside the box. I always said, as far as creating goes, if it’s been done before, I’m not interested in doing it.