Hi, I’m Blake Jones, I’m a goofy illustrator now living in Chicago. I have a weird obsession with vanity license plates and really really wish I could draw pretty anime stuff like @littlethunder.

When did you first get involved with art?

I’ve been drawing and making stuff really since I was a little kid. I’m sure there are a lot of people who one day decided to just “try and make art” in some capacity, but for me, it was only I ever thought I really enjoyed enough to continuously do for as long as I have. I’ve always been a person who couldn’t decide what I wanted to be when I grew up not because I had no interest, but because I had way too many, but art and just creating stuff, in general, is 100% always going to be the strongest calling for me. 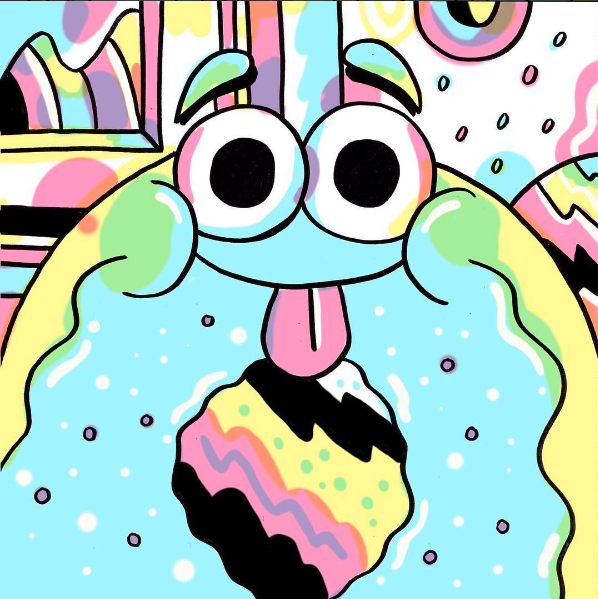 What caused the transition from Houston to Chicago? And how have you been liking Chicago so far?

To be honest, its been really easy to say, Oh I got a job out here or my girlfriend got a job, but in actuality, we kind of just relocated almost on a whim. She and I had traveled a few places together since meeting and she had wanted to visit Chicago because her dad grew up here. I never had any interest in coming up here, just because I never thought of Chicago, but the first time we visited the stars aligned I guess and we just fell in love with it. We got off the place and it started snowing and really kicked our asses for the next few days but the sense of awe and opportunity followed both of us for a few years and when our lease in Houston ended we just told our family, packed up and found a place here.

For the longest time I never really played with color almost at all, it seemed not important and the idea of paint smearing or markers bleeding or streaking just irked me. It really wasn’t until recently when I saw other artist showing off how to use them in ways I liked did I start experimenting more with palettes and blending and bleeds and everything really. When it comes to characters and doodles and cartoons, I dont know if its ADD or what but its actually hard for me not to just constantly make new characters. I understand the value of logos and using characters in that sense ( KAWS, Bape, Nike, etc) as tools of repetition and branding but I get bored of looking at the same characters over and over and eventually if do try to reuse or redraw them ill add this then this and just end up making them unrecognizable and a new creation on their own. But that’s me right now, things could easily change. 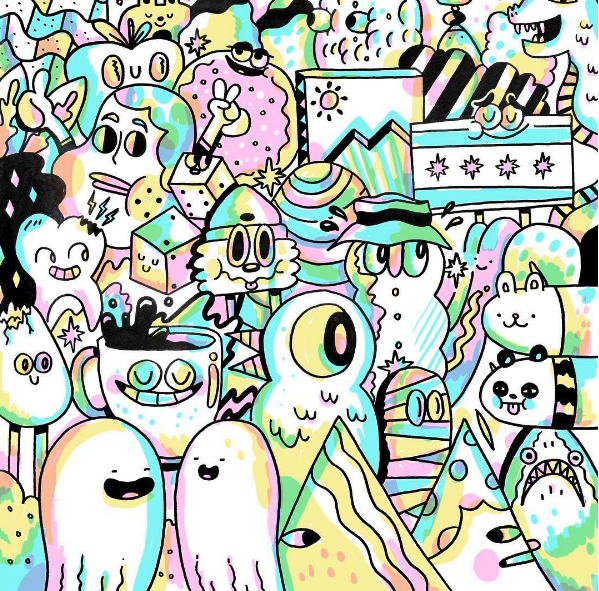 You just put out a collection book. Was that something you had always wanted to do?

This is actually the 3rd or 4th book I’ve put out, I really enjoy the aspect of self-publishing and the real story is I wanted an excuse to scan a billion loose doodles I have flooding my apartment and put them in some type of form a lot of people could enjoy them outside of a digital sense like Facebook or Instagram. I really also knew that a huge event I do every year Zinefest Houston was coming up and rather than pumping out 4-5 separate zines for it, and having to worry about keeping track of stock or people having to buy or look through multiple small publications the chance to put a big boy book and appear to be like a “real professional artist” was really appealing to me ;D 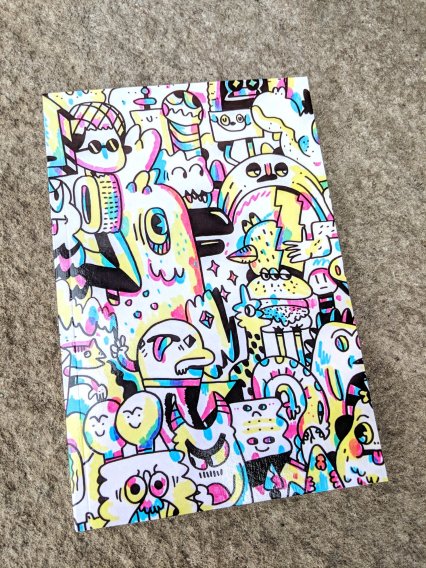 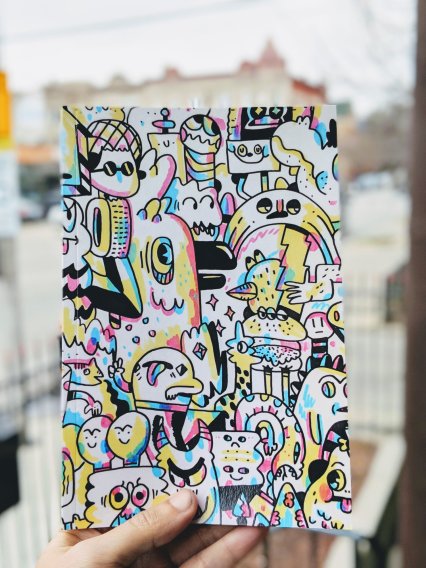 At the beginning of November, you posted on Instagram letting us know that you started on this new series of drawings. With these drawings, you’re planning for your next show, which if all goes well will be the first quarter of next year. What is the concept behind these new drawings and show?

The show is still being planned its set right now for April-ish and it’s going to be a split show with my friend and all around killer Michelle Wanhala (@mwanhala), that’s really all I can say about it right now, but it should be super fun.

I’m a big believer in self-discipline and that’s really all that means. I have to check myself sometimes in the sense that the only way to get better at anything is to practice. Not to say inspiration isn’t a real device people use but I don’t think its an excuse to not constantly be working on your craft. It’s ok to force yourself to do things you don’t enjoy, its what makes the enjoyable things pay off so much more. But its also 100% ok to make something you don’t like. Who cares? It’s ok because nearly guaranteed the whatever you make right now that you really love you’ll look back in 5 years and be like “oh man, what was I thinking”. I tell people all the time that creating for yourself is hard because we do constantly get bombarded with the idea of THIS IS RIGHT, THIS IS WHAT SELLS, but really the best advice I’ve ever heard when it comes to creating that I try to pass along is “Create shit you like and your audience will find you”.

This past summer, you were able to bring to life your first designer toy. How great did that feel to put that out?

That whole project was extremely humbling at first then became the most endearing thing I have ever done. I had been kinda teaching myself some 3D modeling on my little underpowered MacBook and was really just having fun with it. I had a few things 3D printed and mailed to me and was just like, hey this might work. Well after about $400 of resin casting failure after failure after failure, I decided, “Hey this other route might work and if not I can just try again” So I researched for a long time and reached out to a few companies about having them do simply what I couldn’t in my little apartment. The next step was creating a Kickstarter, I had never done it and all though mine was completely funded in about a week it’s not something I really ever want to rely on. The truth is nearly all the funds where from friends and family. I think it was around $1,600 at the end, still not a huge chunk of money but to know that I do have a support system and net of people that care to even give me $5 to chase my stupid dreams was a completely enthralling experience. This toy was eventually getting produced regardless because I’m hard heading and was already figuring out ways of getting it done, but yeah the Kickstarter really gave me a new appreciation for my network of friends and family. 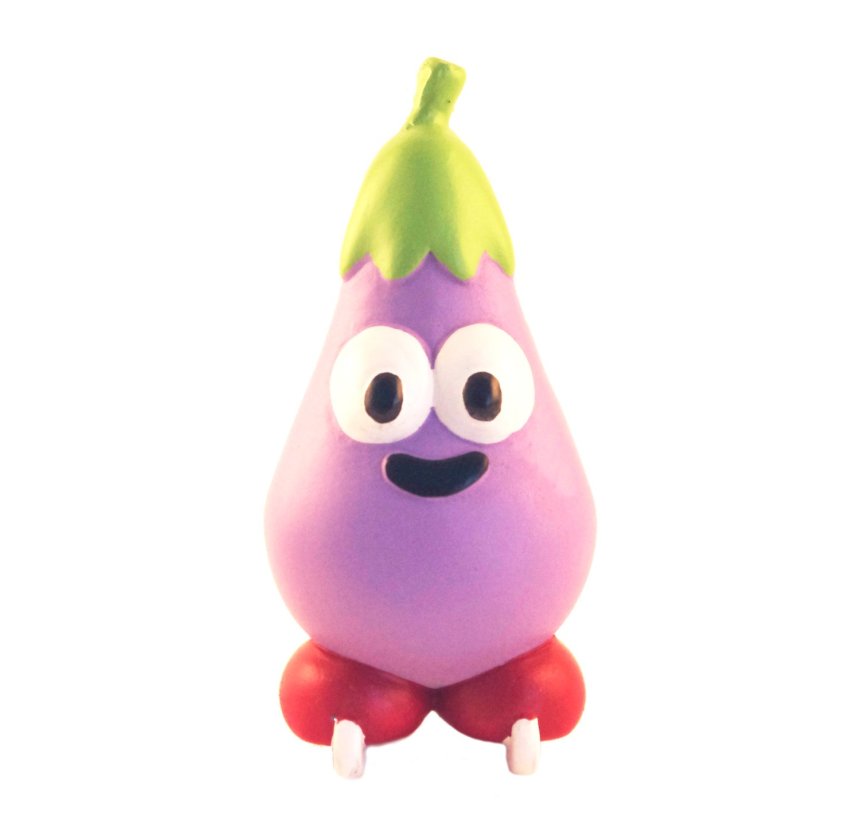 Me: Run on Sentence Artwork: Hopefully Not Boring