What’s up everyone, my name is Ethan Alexander of The O.X. Project. I am a 23 year-old Fashion photographer from Chicago.

Growing up was a little tricky. We moved around a lot. When we moved to the suburbs of Chicago that’s when things started to settle down. This is when I began to spend a majority of my time getting to know Chicago, getting involved in the industry, and trying to figure myself out as an artist.

For the longest time, I knew I was going to be an artist. In High School, I was doing a lot of painting and drawing and was inspired through all of this art to pursue architecture. So after high school, I attended UIC to study architecture. However, during that time I lost interest in architecture, it just didn’t seem to kindle all of my passion as it had done before.

How did you then get involved with photography

When my academic architecture career was beginning to de-interest me, I was fortunate enough to be in a class that helped me find my love and passion for photography. As the class forced me to capture architecture through photography, I would go around and take photos of many buildings. I found that I began to find enjoyment out of taking the photos: photography really spoke to me. Immediately, I jumped right in, invested a lot of time and money in it: bought my first lens, used my sister’s camera, read every book, article. From that point on, it has always been about photography. Despite my change in career, I still have a love for architecture, and it still inspires and enhances a lot of my work.

How is your photography inspired by architecture?

In my early days of photography, I was on a zero dollar budget, so I had to get creative with my shoots and the backgrounds in which I used. I was shooting outside a lot and was using architecture to mimic the form of the body and fashion that I was using in my shoot to elevate the image. I have to say, if it weren’t for the beautiful Chicago architecture, I’m afraid my work wouldn’t be what it is today. and despite my funds, I still make an effort to implement a lot of Chicago architecture in my work. Like you will find me in Chicago in my free time traveling or walking around the city taking note of beautiful scenes as I’m just staring at and photographing architecture… I still shoot a lot of architecture.

Processed with VSCO with hb2 preset 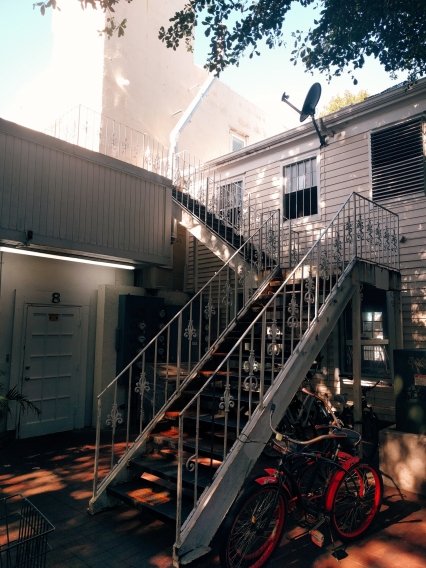 Processed with VSCO with e2 preset

Why did you decide to shoot fashion editorials?

Fashion was always a big influence on my life. Growing up with a family that grew up in Miami, appearances played a very important role. I remember just going to hang with my friends, and my mother would make me go upstairs and change. She would never like my outfits and always wanted me to appear “presentable”.

When I first started getting involved with photography, I came across one of Rick Owen’s collections, and I fell in love. I felt like I needed to gear my entire career towards getting his attention. I knew I really wanted to work with him. Because of Rick Owen’s inspirational work, I decided Fashion editorials would be the route I would go with my photography. 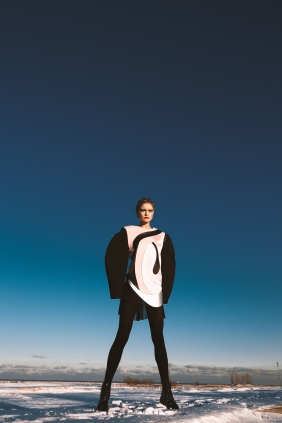 Processed with VSCO with a4 preset

Do you prefer styling or photography more?

I prefer photography more. Even when I’m styling, I’m photographing as well, but it kinda pulls attention away from my true passion of photography. I would like to just completely focus all on my energy on photography.

What is the ox project?

The O.X. Project was an alias that I came up with to commemorate my personality. I was really thinking about brand development when I first started and how I was going to distinguish myself amongst the many other photographers that have been in the industry long before me. I was thinking of my introverted, shy personality and also thinking about my peers; how they look for signs in the illuminati and free masons. I wanted to preserve myself in this era amongst my peers and was also thinking about the way secret organizations work through proxies. I would rather be the puppet master working behind the scenes rather than the one center stage (hence why photography is perfect for me). I created that name because it sounded like that of a kubal.

The name is an acronym for The Orchestral Xanadu Project, the motto for which is orchestrating a lifetime Xanadu of luxurious moments. In other words, commemorating a lifetime to putting together masterpieces. That’s what I wanted in my name, branding it is as a prestigious organization that worked towards being a powerhouse in the fashion industry.

You’ve listed Nick knight and Julius Schulman as your two biggest inspirations. Two very different styles, but why these two?

I was introduced in college to Julius Schulman and was intrigued by his work right away. Julius Schulman was a big name amongst the architecture industry. They really got to know him because he created some of the best pieces. I mean, he was very detail oriented and I loved it. He was hinting towards what I would further go into.

Nick Knight is one of a kind and a living legend. There’s nothing else like him. He’s very distinguished and his style is very different. Also, I like how powerful his work is. Some of his best work is just one photograph and that’s how I’m trying to reinvent myself: I’m looking to move away from 4-5 photos to tell a story. I’ve been working hard on telling a story in one photograph, and you’d be surprised on how difficult that is to capture. Nick is just a huge inspiration to me. Even Lady Gaga called him the God of Fashion photography.

Who would you like to work with in the near future?

I want to shoot with Gina Harrison. She’s super intense and very conceptual. I love her expressions; they’re so powerful. In addition to that, I want to work with Rick Owens. Whatever he is down for, I would trust his judgment. I would just love to sit in a room and put together some kind of campaign for one of his collections. 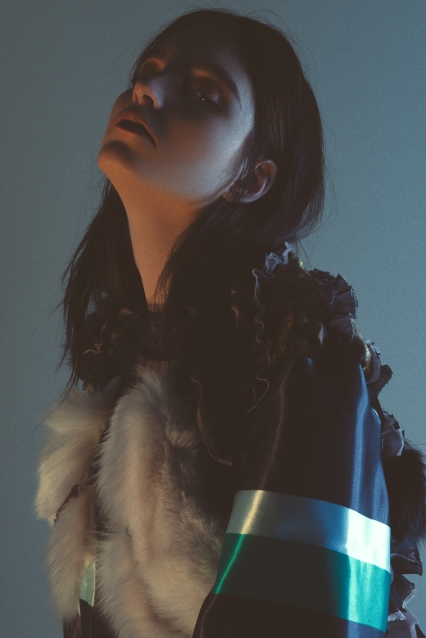 I want to be remembered as a powerhouse in the fashion industry.