Hey, my name is Liam Trumble. I am a content creator and producer based out of Chicago.

Life was dope. I was always a super happy kid. I got to travel a lot with my family. Every seven years or so we would pick up as a family and go and live in a new country. I’ve truly grown up on the road. When I was six months old, I was put in a shoebox and put under an airplane seat and traveled to Europe. By three, I was living in Australia. At 10 we lived in Germany, went to public school and became fluent in German. After that, I moved to California for sometime and then in my sophomore year of highschool I got to go back and live in Australia for some time. That was cool because the prior time I was in Australia I was too young to remember. After Australia, we lived on the border of China and North Korea. China was awesome. The Shandong family was very gracious hosts. We lived in their province, which is one of the biggest provinces up North.

You’ve been able to travel so much, how has that shaped you as a human being?

Traveling has kept me global. That’s really the biggest thing. I have a perspective that’s not just a Midwesterner, or somebody that’s been in a small town, or even in a big city their whole life. I feel like I have genuinely experienced the entire world. I also have been able to meet so many different people and bring their perspective to everything that I do. That’s why I’m unique in a lot of senses. I could pull from things that other people can’t.

When did you first begin to witness you had creative talents?

It all started when I was 11. I started doing magic. I was performing stage magic, slide of hand, etc. I would do this at school. I’d go down to the lunchroom and do card tricks and got really known for that. I did magic for two years. Magic is creative in the art form sense, but it’s very entrepreneurial as well. I’ve always been an entrepreneur and a businessman. When I was 13 I had a website, business cards, and was able to make a couple hundred dollars every weekend.

When did you first pick up a camera?

Right after I stopped magic, I started playing with the visual magic of film and cinema with aftereffects. I started getting interested in the effects and compositing. I picked up a camera and started shooting cloning, or lighting a keyboard on fire, or tracking something onto somebody. Those were all very technical things and that started it all off for me.

When did you begin to take it more seriously?

Around 16 or so. I hopped on Instagram and really started to care about taking cool pictures. The visual effects translated into film. I didn’t really do any photography until like two years ago and I didn’t even know Photoshop a year ago. I really didn’t touch photography until recently. I’ve been doing film since I was 13. All throughout highschool I was in a television program. As a Freshman I hopped in a SR level class because I had already been doing it for three years. For four years of High School we cultivated this media community, which positively impacted our school through our message.

How’d you end up in Chicago?

I moved to Chicago to attend Columbia. I’m blessed I got a scholarship and will be there four years. I first attended for film but now I major in Advertising.

Being from Indiana and around more nature, do you tend to miss that scenery?

Yes. I try to get out of the city as much as I can on the weekends. I’ll take a trip out to Malibu or I’ll take a car home and go out to the cornfields. Nature has always been one of my main inspirations. I think it’s just so perfect in all its flaws. You can come across a scene of nature and not have to do anything.

Has your creativity changed with the move to a larger city like Chicago?

Actually, I don’t think I’ve changed my style. I’ve just become more refined. I know what I want with stuff and I know how to do it. I’m not scared to do anything anymore. I used to not know how to do certain things and obviously I’m still learning, like everybody is, but I have a go-getter personality now. I think the city has impacted me in that way.

You’re now a content creator at Havas. How’d you find out about Havas?

Great story, haha. I got my haircut at Funks and I was talking to Johnny and Lawrence (the owner) from the shop. I told them I was a photographer and Lawrence told me I should stop back in sometime and take some photos. I was like, yeah forsure man, I’ll take some photos. A week later, I’m walking past Funks after a shoot with a client. While walking, I had this gut feeling that I needed to go in there. I had my camera on me and I felt like I needed to go in there and take some flicks. I almost didn’t do it. I got to the corner, felt tired, but decided to go in there. I said goodbye to my client and headed into the shop to take some photos. After shooting, I started to develop a good relationship with the guys here. Low and behold, one of the times I was taking flicks, Jason Peterson was there. Crazy coincidence. That’s how I learned about Havas. Then, Jason asked if I did video, and I said yeah, he then said, “If you can tell a story through video, I want you to work for me.” I applied to the internship program in the winter and ended up getting in.

What’s the most important thing you’ve taken away from being here?

The biggest thing I’ve taken away from being here is community. You know, it’s really fun to work with big clients and sit in a big meeting and have a conversation with someone important, but at the end of the day I know I’m going to be able to call people like Danny Mota, Jason, or Adam, and they will pick up my phone and we can have a conversation about anything. That’s really the biggest, most important thing I’ve gotten out of the agency so far. I’m creating connections with people on personal levels, having life-long friends, and making industry connections.

Who has been your favorite employee to work with there?

I would say Adam. He’s one of the chillest dudes and he’s such a hard worker. That’s what I respect about him. He works his tail off and it’s always good work. That’s the thing, a lot of people work really hard, myself included, I’ll work really hard, but my work won’t be the best. Where with him, his work is consistently good.

I see you were able to go to Iceland. What caused that trip?

One of my old friends from High School went to Iceland. She was snapping me pics and was telling me I should go. I’ve been traveling my whole life and I have to constantly go somewhere. Also, Iceland is a photographers dream. It’s such a high contrast. Nature is just a force there and during this time of the year the sun really never sets.

The trip was great. I spent 10 days there. I rented a car and drove from airbnb to airbnb. I first went south to the volcanic area, by the Blue Lagoon, which is a popular area. The south-west part of Iceland is just all-volcanic wasteland. There is nothing there. It was scary honestly. There are very high winds and you just feel like you shouldn’t be there. We spent a day down south and went right back to Reykjavik. From there, we went up to the western peninsula for a few days, which was gorgeous. Up there, there was nothing but waterfalls, mountains, glaciers, and everything. 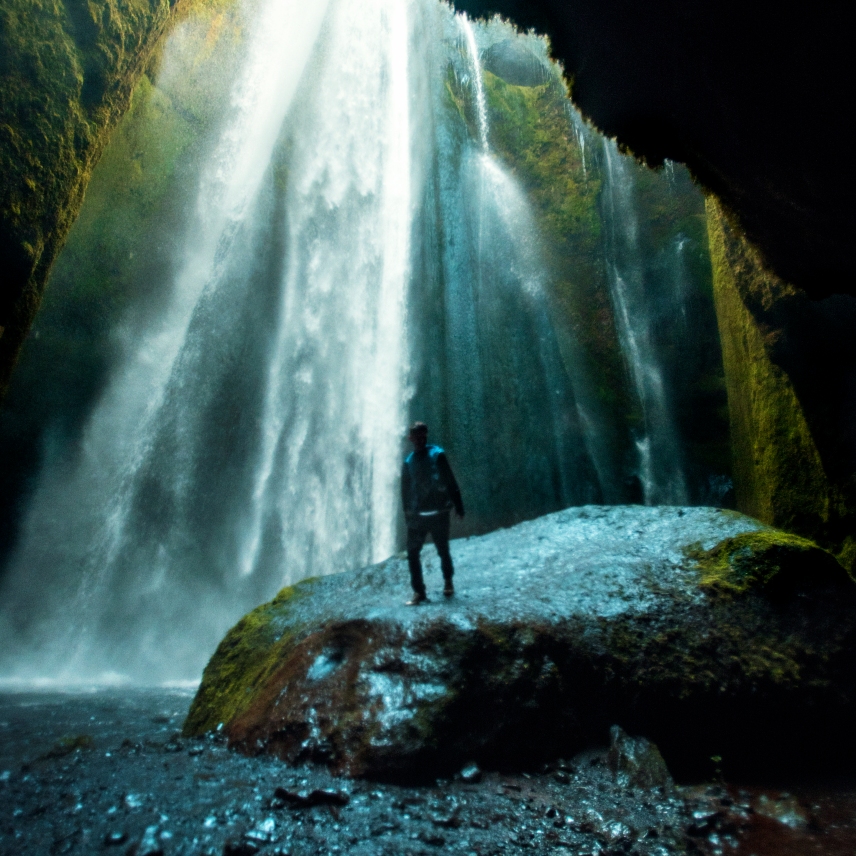 Talk about that Aurora Borealis shot

That shot was in Northern Minnesota with my guy Craig. We got so lucky with that shot. Craig and I were at his buddy’s farm in Minnesota out in the field shooting star pictures. All of a sudden Craig looks at me and goes, “does it look green over there?” I was like, a little bit. He points his Sony over there, which has damn near night vision, and it’s bright green. We were like oh my god. Right away we set up tripods and started shooting timelapses. When I caught it, it was at the brightest and it just started fading. We got mad lucky with that.

You once said, “I miss traveling. I don’t belong in one place.” Where are some places you would like to travel next?

I’ve touched so many places, but I really want to go to Antarctica and Africa. This sounds so stupid, but I have yet to be in New York. I’ve been to DC twice now and I just haven’t made the trip out there. So I will have to do NYC sometime soon as well. Another one I would like to go to is New Zealand. I visited there when I was three so I don’t remember.

I think it’s just all about helping people. Like however I can help somebody, regardless whether it’s showing him or her something on a computer, helping him or her move, or picking up their phone call. I just want to be remembered as A) a hard-worker, B) somebody with morals and ethics, and C) somebody that helped the world and people.