James Kahil (born Jimmy Pham), an Uber Driver waiting for stardom bigger than a five-star rating, is an Asian American Pop/RnB singer from Chicago, IL. While driving Uber, James played his demos in hope of finding new fans. After gaining positive and negative feedback, James pushed himself to work harder to achieve his goals. James was once the frontman of his band, “Enough For Now” (recessed in 2016), before venturing off to pursue a solo career. James uniquely combines energetic performances to passionate love songs, creating a fun yet intimate connection with his listeners. Blending heartfelt lyrics and pop-driven melodies, James is getting ready to release his debut solo single, “Runaways”, in 2017.


When did you first start getting into music?
I got into music at a very young age. Growing up my family used to have karaoke nights on saturdays (that was everyone’s getaway night from working the week) . They used to pressure me to singing with them, I was like 7. They had me singing Maroon 5 and some Vietnamese songs with my mom haha.
How has your sound changed since pursuing your solo career?
It’s been extremely different. Before I used to be in a rock band called Enough For Now. We made tons of music and it was fun. Now, going solo, it’s weird not to have a full band when writing. Before we would sit down and write an entire song from scratch with an acoustic guitar, bass, and drums. Now everything is all electronic. I’ve moved towards more of pop, which I really enjoy! shout out to all the producers for making the process easier, you guys are life savers haha.
What could we expect for the rest of the year?
I plan on releasing a ton of music this year and playing lots of shows! I’m excited for you all to hear all of my new jams!
What could we expect with your new song Runaways
‘Runaways’ is an upbeat, fun and heart-felt song.
I wrote it about being in love with someone so much that you try really hard not to show it. It’s different from what I’ve been doing in the past as far as music goes! I hope you guys enjoy it. 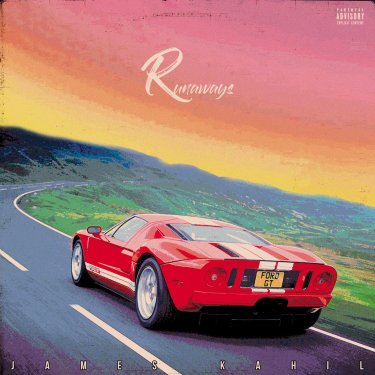