Hello everyone, my name is Jada. I’m a model, stylist, soon to be a director, vintage reseller, and a girl that wears cool pants.

It was interesting. Where I’m from it’s a suburb, but a city nonetheless and a little bit of a tortured city. Things were strange there. Family life wasn’t always the best, but that shaped me into who I am now. I remember life being very grey. Oh well, it’s over now.

At what age did you begin to witness you had creative talents?

The first time I could remember is when I would draw portraits. Around 7 or 8 I was drawing portraits of my favorite artists. In sixth grade, we created these books and in the book, I had to put what I wanted to do when I grow up. I specifically remember writing down that I wanted to have my own fashion design studio.

How did you first get into Modeling?

I was 12 years old and my friend’s friend told me I should model and she was going to take me to an agency called John Robert Powers. I ended up going to a little chorus and they liked me, but I remember being so disgusted. The girl in front of me was told her eyebrows were too far apart, that she was too short and too big to model. She was only 13 and 125 pounds. Witnessing that at a young age really turned me off.

When I was 17 one of my best friends Alex called herself a photographer and I called myself a model. Even though we both didn’t really know too much, we grew together and now here I am and Alex is doing really cool things in London.

In this day, what are some of the current misconceptions when it comes to modeling?

People think that being a professional model is an easy and endearing job, which it isn’t, hence why I’m not signed to an agency. I choose to continue to freelance. That situation I had when I was younger really startled me. I was already not the most confident kid and saw just how cruel the modeling industry could be. Another misconception in modeling is size and how skinny you should be. There have been times when I’ve witnessed girls bigger than me be discriminated against for their size. I’m just glad there are finally some brands (Dove & Wilhelmina) coming out and embracing ‘curve modeling’. Seeing that makes me glow.

What was your first break into the industry?

Anthony Trevino dm’ed me wanting to work together on a personal project. I was looking at his work and saw his recent Givenchy ad. I thought to myself, I would love to shoot for Givenchy one day. After we did the personal project, he texted me saying he needed me for another project which was going to be for HBA or Givenchy. I remember just dropping my phone.

The editorial ended up being for Givenchy and I made every blog that I look at every day. That was the beginning of what has blossomed into where I am now.

Let’s talk about your style for a minute. Where do you draw the inspiration behind your vintage influenced aesthetic?

Poverty. We didn’t have a lot of money. My parents got divorced when I was 7 and by 8 I had a new family of six. There wasn’t really an option to go out and buy new clothes. I had to learn to make do with what I had. It’s something that still sticks with me to this day. Even though I get money now, I can’t even think of the last time I bought something from a store. Besides essentials, I don’t think I’ve made a purchase in a store since 2015. Even though my style stems from a negative place, I have learned to use it to my advantage.

What has been your favorite era of fashion?

When I think of things that make me go ‘wow’, I tend to think of Grace Jones and the 80’s. Grace Jones was a really strong image to me. You never saw a woman who was powerfully and unapologetically black in mainstream pop culture. She dressed her own way, talked her own way, and was openly fluid with her sexuality. Everybody was scared to be themselves, but she did not care, she was proud of who she was. That inspired me so much. I loved her bold colors, patterns, mix and match, and her black and white outfits.

Let’s talk about your relationship with Dennis for a second. I think you guys make the best work together. When did you guys first meet?

I met Dennis after a photoshoot I did. Looking back, the shoot was terrible, but he really liked the shoot and we connected from there and grew from there. Dennis to this day still blows my mind with his work. I appreciate and love working with him. When I feel like I need an outlet, or need to do something, I always call Dennis to work. We never have a solid idea. From start to finish it’s always so effortless. That’s my favorite thing about Dennis. 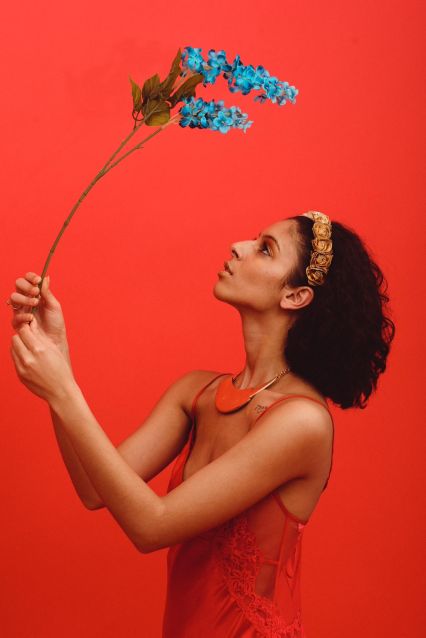 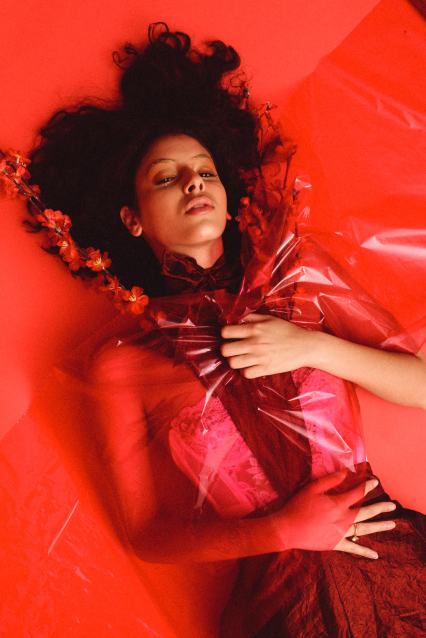 Who are some other photographers you love to work with? 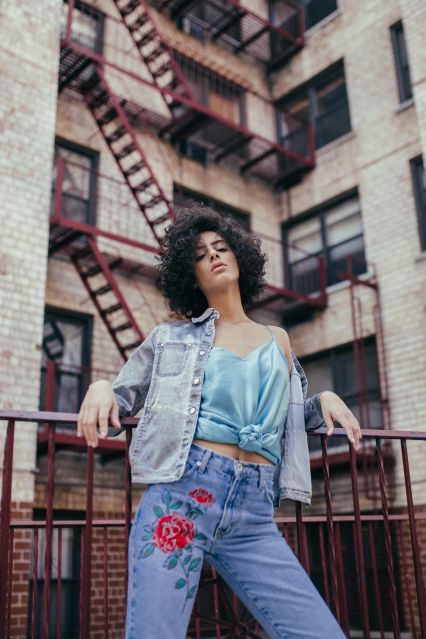 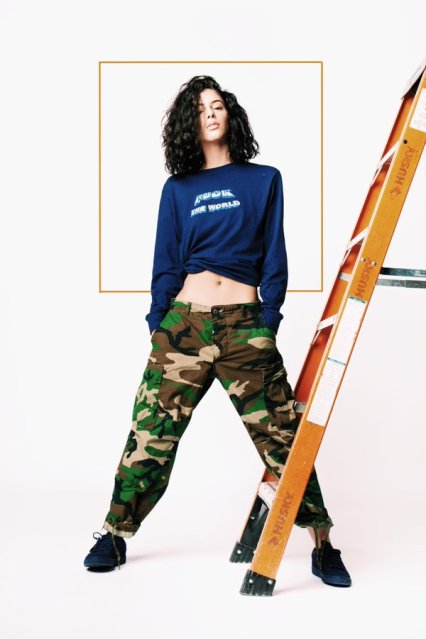 How important is the photographer/model connection?

It’s so important for photographers and the model to share the same vision. I try to avoid wasting my time and because of that I always make sure to shoot with people that I trust.

Recently you got to do a high-end editorial. Can we expect more high-end fashion editorials?

I want to. I want to start directing them myself. When I style something, I tend to always go vintage, but I’m hella open to doing more high-end stuff as well.

You talked about how this year you want a magazine cover. Set up your dream shoot

The shoot would be for i-D Magazine and we would be either shooting at a studio in New York or London. My photographer would be Elizabeth. I have been perfecting my i-D blink, so you already know that’s what I would do on the cover. I would have a buzz-cut, body painting, and the makeup would be hella natural to bring out my features, because that’s what they like.

In the end, I want to be remembered as someone who took my own advice, implemented that advice, and inspired others. I want people to remember me as someone who got other people to bring back life and passion.