My name is Kevin Coval. I am a poet, community builder, founder of Louder Than a Bomb, Artistic Director of Young Chicago Authors, and an author.

Throughout a lot of my early years, I did a ton of moving. My parents split when I was 8-years-old and from then on, my brother and I began to live with my Mom.

I grew up around a ton of creativity. My aunt was a producer at Second City for a long time allowing me to be around lots of people in the theatre. When I was in the fifth grade, I organized a sketch show with a few of my friends in the teachers lounge at school. I then began to start writing short stories. I didn’t think about having creative talents then, but as I got older, I quickly looked back and realized that was an introduction to my creativity.

When did you fall in love with hip-hop? As you look back, what are 5 hip-hop albums that changed your life?

I fell in love with hip-hop early. I was around seven at the time. One of the early songs that I got into was Newcleus’ “Jam On It.” Through that song I began to get introduced to breakdancing.

3)   Public Enemy, It Takes a Nation of Millions to Hold Us Back

Was your love for hip-hop the reason you decided to get into poetry?

Absolutely — hip-hop sent me to the library. I will also say this: KRS-One used to call himself a “poet” and a “teacher,” which pushed me to want to become a poet. From there, I also got into people like MC Lyte and Big-Daddy Kane.

Outside of hip-hop, were there any other poets you were into?

When I was in high school, the poetry that our teachers were teaching us didn’t resonate with me too much. One day while I was in the library, I found a book called The Black Poets, which was edited by Dudley Randall. Through that book I was introduced to people like Nikki Giovanni, Jayne Cortez, Amiri Baraka, and Don Lee (now Haki Madhubuti). Those poets were the first poets to grab my attention as a writer.

When you discovered these poets in high school, is that when you realized this was what you wanted to do with the rest of your life?

I’d say it was just a little after high school. I was 19 when I realized this is what I wanted to do. After high school, I was interning for Carol Moseley Braun in Washington D.C. I spent a ton of my time reading and writing that summer and one night, I was sitting by the Potomac River and I realized I loved this. I felt lucky to know that I was only 19 and knew what I wanted to do with my life.

When you started settling in Chicago, how did your viewpoint in life change from being raised as a suburban kid?

I had a lot of access to the city at a young age. Once I got a little older — around 16, 17 — I got a fake ID and started going to shows, battles, and events. The more I started to get involved with things in the city, the more it felt like home. Since I was a young kid, I always desired these radically diverse hip-hop centered cultural spaces. Being in these cultural spaces made me feel like I could be myself unapologetically. I think that in the suburbs, specifically in white-centered spaces, if you aren’t following the predetermined norm, then the otherness ultimately frightens people.

How much of an impact did your participation in MCA’s Def Jam poetry reading have on your career?

Def Jam was starting to do a 12-city poetry tour, where they would go to major urban centers and try to figure out who was around in that scene. They ended up doing one at the MCA in Chicago [in 2000-2001], and one of the curators, Mario, insisted on me being apart of it. I had been in the poetry game for 4-5 years at this point, and I was very new, but Mario really insisted that I needed to be apart of this evening. 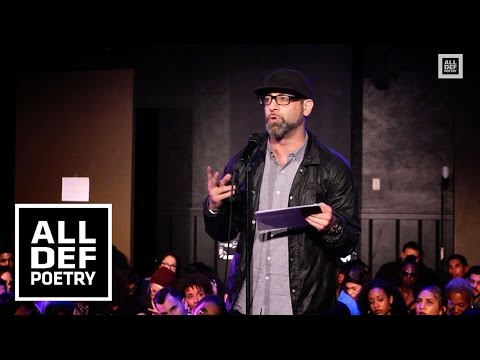 After the six seasons of the show, what did you end up doing?

That show really opened up my ability to tour nationally. With the release of my first book, Slingshots, I was able to travel the country for a year and a half attending bookstores, community centers, high schools, and colleges.

When did you begin to get involved with Young Chicago Authors?

I got involved in 1999. I met Anna West, who was working with YCA, and she invited me to do a reading at a homeless youth center in Uptown. I did this reading and afterwards, she came up to me and told me she worked with YCA and she said that I should go meet with the founder of YCA to talk about what I was doing. I met with [the founder] Bob Boone and he ended up bringing me on board. I started off teaching freelance and contractual work for them, and six years ago is when I started to work with YCA full-time as their Artistic Director. 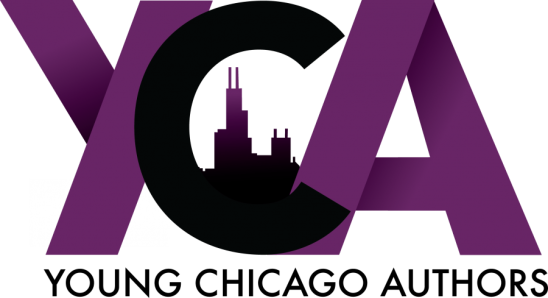 Let’s talk about Louder Than A Bomb: The Chicago Youth Poetry Festival.

Louder Than A Bomb started in 2001 and this will be our seventeenth year.

An artist I see you working with a lot is Jamila Woods. Where did you guys first meet?

I met Jamila Woods while she was in college and won the Louder Than A Bomb College Slam. I went up to her right away because she was doing something aesthetically with the poetry that I hadn’t seen before. At the time, I was beginning to conceptualize the Breakbeat Poets Anthology, and I wanted her to be a part of the book. 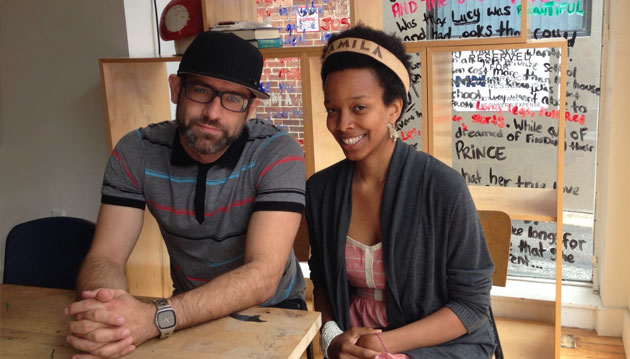 Of course — that book remains an incredible influence on my life and my way of thinking. Howard Zinn tried to ensure the stories of the people who were marginalized, who also live at the center of the American Narrative. I wanted to do the same thing for the city of Chicago. I looked to bring people whose stories are often times not present, or purposely ignored, and bring them to the center of the story. This is a book of history in Chicago throughout these past 525 years. The stories range from before white folks got here up until this past year when the Cubs won the World Series. I just tried to put on for a lot of folks here in Chicago who made culture. 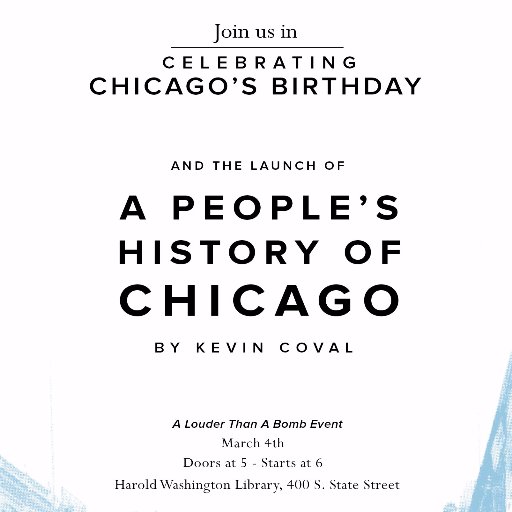 On top of YCA, what are some other organizations in the city that are providing an outlet and platform for the youth?

There are lots of them in the city. One of the things we try to do with Louder Than A Bomb is invite community organizations into the space and build with them. Organizations like Kuumba Lynx, Rebirth Poetry Ensemble, DONDA House, and The Happiness Club are doing great things for the city.

For kids or adults who are looking to get into reading, what are a few good books you would suggest to them?

We are in the moment of honoring the life of Ms. Gwendolyn Brooks — she wrote a book called Blacks, which is essentially a bible. Ms. Brooks, more than any other writer, has influenced a generation of hip-hop writers. She delighted in the sonics of the syllable.

Nate Marshall Wild 100’s: Nate is a great guy. This is a poetry collection about growing up in the 100’s, but also navigating the world as a young man in Chicago.

The Breakbeat Poets is another good book to start with, which was edited by Quraysh Ali Lansana, Nate Marshall, and myself. In terms of an introduction to what is happening with contemporary poetics, I think that’s a good place to begin. 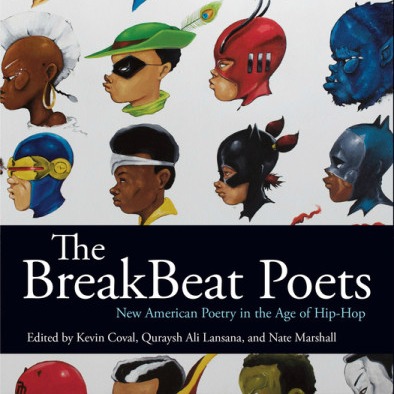 When all’s said and done, how do you want to be remembered?

2 replies to Get To Know Kevin Coval and his new book, “A People’s History of Chicago”