What’s going on man, introduce yourself to the people

My name is Robert Beckman. I’m a designer, photographer, and student within the College of Architecture at the Illinois Institute of Technology. I was born and raised in Sacramento, CA and I moved to Chicago in 2014.

How was life growing up in Sacramento?

Sacramento is a good place to grow up. It’s just boring enough to make most people want to move away when they’re young. However, I did appreciate its central location. Within a couple hours, you could be on the coast or in the mountains. I visited San Francisco frequently, which helped jumpstart my interest in architecture. I also played baseball from age 4 through my freshman year of college, which was the reason I ended up in Chicago for school.

When did you begin to find your creative talents?

I always enjoyed drawing and playing with building sets as a kid. Those combined with computer games like Rollercoaster Tycoon and Sim City led to my love of tall structures. I later decided in 6th grade that I would pursue architecture as a career and started making simple 3D models in middle school. I even began visiting firms that I liked when I was in 8th grade.

You first started with drawing and modeling buildings, how did you transition into photography and graphic design?

I took two photography courses and a graphic design course between my junior and senior years in high school. They pretty much just taught me the basics of shooting, Photoshop, and Illustrator. I was nowhere near as skilled as I am now, or even was a couple years ago, but doing well in those classes gave me the confidence to purchase my first camera (a T2i). Chicago inspired me as a landscape to shoot and edit more and more often. Before too long I was able to use photography to get my foot in the door while I honed my design skills.

What was the first major project you got to work on?

Photography wise, in late 2014 I got to work with Vic Mensa and Rockie Fresh when I would visit LPZ. I began shooting with Rockie more consistently and even got to travel a little with him, which was a great experience as an 18 year old. This notoriety led me to start working with Verluxe on occasion, who allowed me to shoot with Vic some more as well as Mick Jenkins.

Later in 2015-2016 I got to design covers for some of the singles leading up to Rockie’s project  ‘The Night I Went To”. Those in addition to a couple designs I did for Sterling Hayes were really meaningful to me, because those were the first commissioned projects that I was satisfied with as a designer. 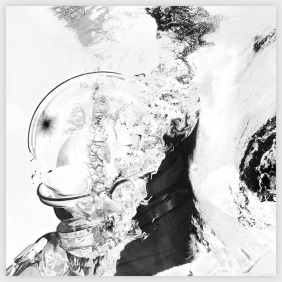 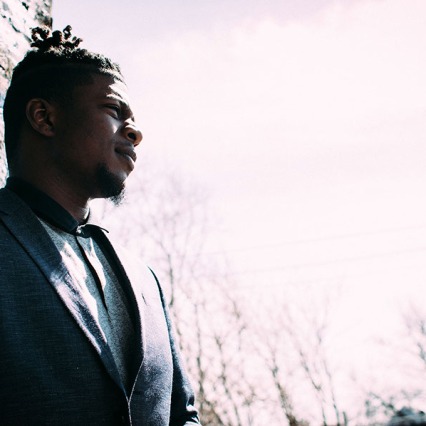 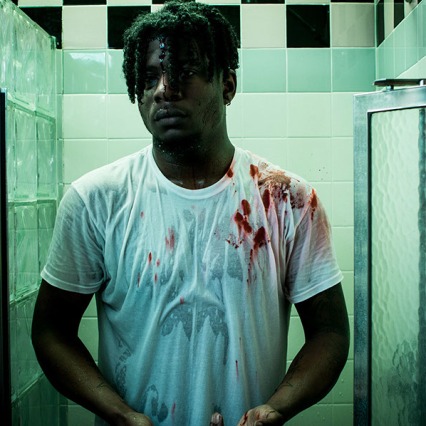 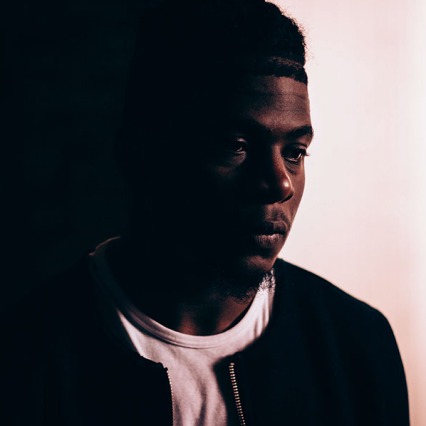 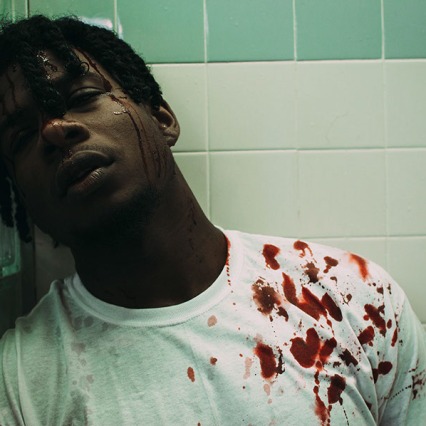 How was your internship at LPZ studios?

My internship was a lot of fun. Before I used to pop into the studio here and there, as needed.  After developing a relationship with Peezy, I asked for an internship in Summer 2015. There I got to interact more with the artists I already knew, plus it additionally put me in the room with Joey Purp, Towkio, Chance The Rapper, Travis Scott, Wale, and more.

We see you and Joey Purp work together a lot. When did you guys develop your connection?

I met Joey a few times at Leather Corduroy shows while taking photos, but we got to know each other during my time at LPZ. I was in the studio 3-5 days a week with him while he worked on iiiDrops with Knox. I took these opportunities to really soak in the music and bounce ideas off of him.

You were the Art Director and Designer of Joey’s iiiDrops album cover. Talk to us about that.

Being there throughout a lot of the process of the project coming together made it sentimental for me to work on. The expression on Joey’s face is a reaction to the experiences he had growing up in Chicago, which he references extensively in the album. iiiDrops (eye drops) is a double entendre, which alludes to receiving clarity through revelation, as well as to the smoking behavior he was known to partake in. His distorted eyes on the cover insinuates his previously blurred vision regarding a path to take in life as well as his multifaceted abilities as an artist.

As far as our process, Joey approached me with the general idea and references, and it was up to me to execute and generate a lot of iterations until we achieved a result that we liked.

Would you say that event photography is your favorite?

I definitely like it a lot. It’s a bit of an addiction. It’s an adrenaline filled experience as a photographer. I also really enjoy editorial work. 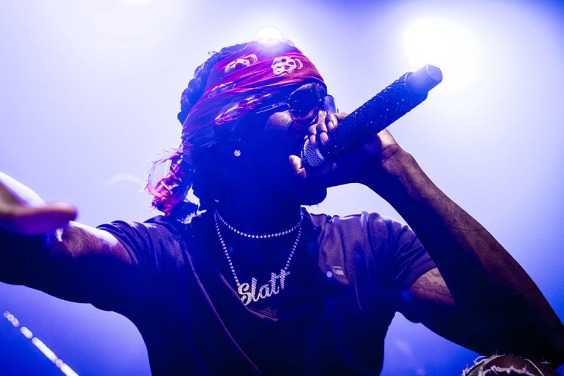 I could argue that it was Kanye while he was on the Yeezus Tour. I was in the front row shooting with my iPhone almost the entire time.

But the first show I ever shot (for real) was Vic Mensa’s homecoming show on Black Friday at the Metro in 2014. My favorite shows that I’ve shot were Vic and Joey’s Lollapalooza sets this past summer. They both felt like such full circle moments. Also Young Thug for obvious reasons. 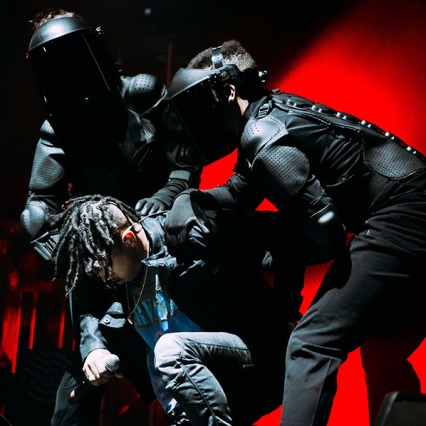 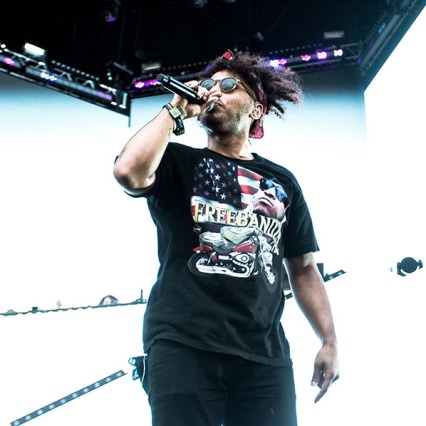 Back in 2015 you talked about wanting shoot more conceptual photos, can we see some of that in 2017

It really just depends if the opportunity presents itself. I’m actively seeking new things to do as time permits, so we’ll see. I’m constantly inspired by editorials and fine art photography and would really like to do some more of my own.

After you graduate college what are you looking to pursue career wise?

I’m looking to find a way to pursue and combine all of my interests, as conflicting as they may seem. I think one day I could offer services in which all these interests could complement and interact with each other in order to achieve cohesive and exceptional experiences, products, etc.

However I’ve learned to try not to plan my life out too far ahead, because it makes you less adaptable to change, which is inevitable. A lot can happen between now and the time I’m expected to graduate.

What has been your favorite client you’ve been able to work with?

Definitely Joey. His growth as a recording artist has given me the opportunity to do a lot of new things. Last year I went on my first tour and designed motion graphics for his stage at Lollapalooza, which I had always wanted to do. 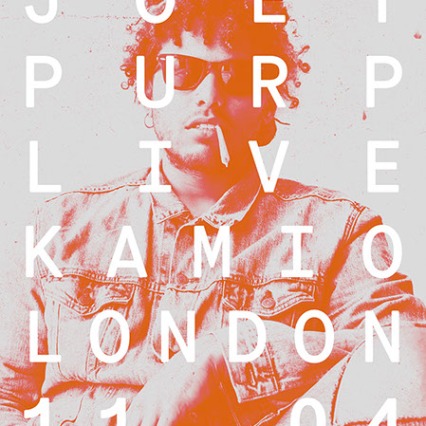 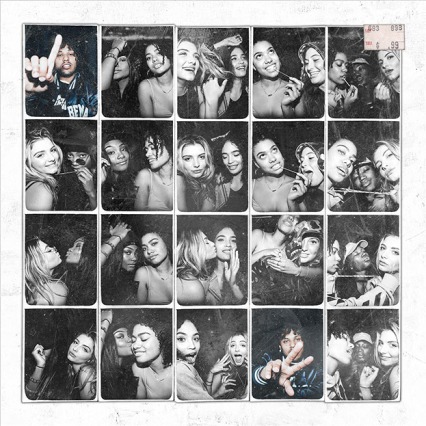 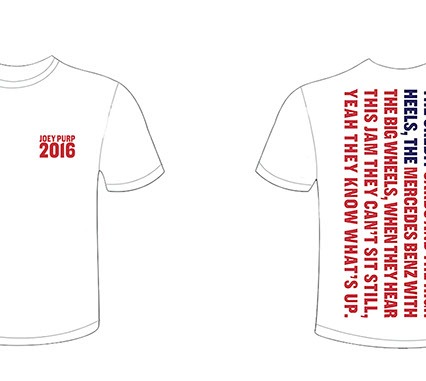 (Other design work for Joey)

You were able to go to Shangri La with Towkio, Joey Purp, and Knox Fortune. How was that experience?

It was surreal. I listened to albums that I knew were recorded there. It felt as if they were oozing out of the walls, even though they were just in my headphones. Being in such a sacred creative space where countless legends have created their art was magical. 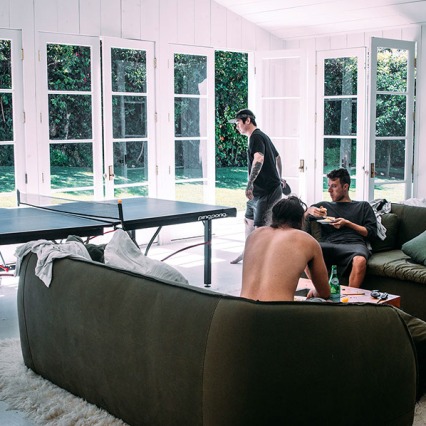 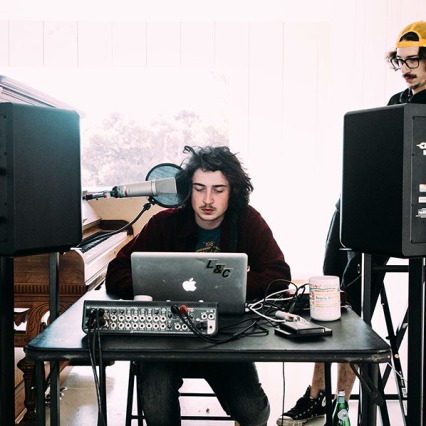 I just want to be remembered as someone who was able to do meaningful work. I intend to live through my endeavors, and have what I create as well as the memories and experiences I share with others, carry a legacy after I pass.