2016 was a big year for Chicago Creatives. I went from doing 8 interviews in the 5 months of 2015, to 70 interviews in the year of 2016. I was able to meet artists i’ve been following for a while and some of my favorite artists in the city. I wanted to recap a little bit more of the behind the scenes of my 5 favorite interviews. Check it out!

I met Adverse 5 years ago at World of Dance in Chicago. He and Berto from Crooks Crew were in the 2v2 breakdancing battle and I remember loving their style. Funny thing is, after the event I remember going up to him and asking to train with him, because at the time I was a dancer. Shortly after meeting him, I quickly learned of his clothing company “Kings Without Crowns” and became a huge fan of his company. I was such a fan, I even did a college art school project on his company. Fast forward up to 2015, we were in contact around November-December and in January of 2016 we finally got up for the first time in 5 years. I knew I always wanted to interview Adverse and it was such perfect timing. He picked me up from the train and we cruised to Wicker Park to sit and talk for like 3.5 hours while we did the interview. I’m very thankful for Adverse because this was still in my early days of Chicago Creatives and he brought so much traffic to my website. It boosted my confidence that I could really do this, and eventually if I kept at it, people would be checking my site. Adverse still to this day has the second biggest interview.

I got into graffiti and street-art somewhere around the first year of Highschool. I remember I had some friends who were involved, and I would see his friends on Myspace tagging in the city as well. I quickly became fans of guys like Loony, Evol, Afroe, Revise, Phor, and many others, all because of Myspace. Fast forward near 10 years later I was able to interview some of the guys I looked up to as a youngin. When I first moved to the City, I remember I would spend my off-days walking and traveling through neighborhoods to find new graffiti or street-art pieces. It was a cool feeling to finally be able to see these pieces in reality and not on the internet. I remember I was walking down Western one day and saw this piece that said “Never Stop Pursuing Creativity”. The piece was done by Ali-Six and it inspired me to want to create something not only for myself, but for the city of Chicago as well. After two years of trying to get in contact with him and set up an interview, we met randomly as I finished an interview with Lefty and Lefty went to do some work on Nikko’s (Ali Six) mural he was working on. It was super cool to finally meet him and hear his story. 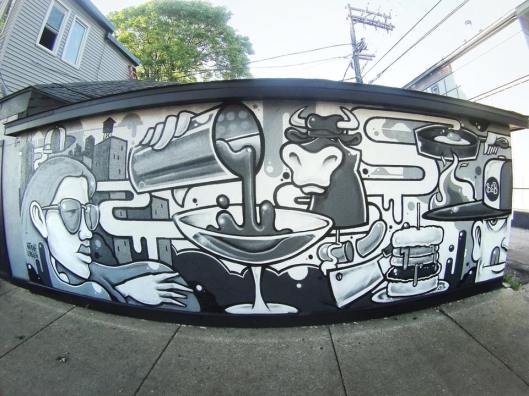 Man, let me just say this, ANTCK is by far one of the best artists the city has ever seen. A Chicago legend. I reached out to Antck to do an interview and he told me to come over to his place one day. One Sunday night after work, I quickly drove over to his place to make sure I was on time. Man, was I in for a treat. He brought me downstairs to his basement where his studio is. Beautiful. The amount of artwork and tools that he has down there is insane. He was showing me old pieces, some books he wrote, and teaching me some Chicago graffiti history. Our talk was probably near 3.5-4 hours on a random Sunday night. He would consistently tell me that I just need to continue to stick to what i’m doing, and that really felt good to hear coming from a legend. 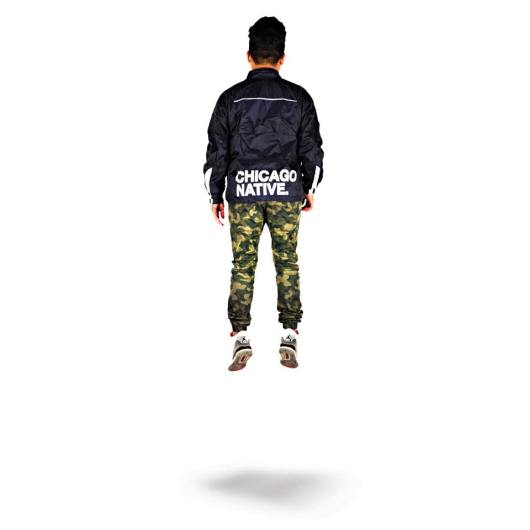 Rene, man, what a great dude. This man has such a positive vibe to him. I remember being such a fan of his photos and design work, but quickly learned so so so much more about him when we met up. We met up on a random Monday night. I remember leaving class early on this rainy night and walked all the way over to Soho house to do the interview. We kicked it off right away as we discussed our love for graffiti and music. Rene is the definition of a hard-working creative.

Last but not least, the almighty Brainkiller. This was an interview that had been delayed a few times due to Brian’s very busy schedule. One day he texted me and we set up a time. I knew I was going to be late for class, but that didn’t stop me from going all the way to Brian’s place to finally meet him and talk to him. I truly pride myself on doing the proper research before interviews, but man, did I learn so much more from Brian than I would’ve ever imagined. Many people know him as a street-artist, but don’t even know his other side in directing/producing. I was learning so much during the interview, I remember I just started to stop typing and turned on my recording app. I just wanted to sit, listen and take it all in. As we enter the last question and he begins to answer, he began to shed a couple tears. I just remember right then and there that this man dedicates everything to this craft. (Also – side note, shoutout to Brian, because the first half of the interview he did it with his daughter in his arms, true champion!) 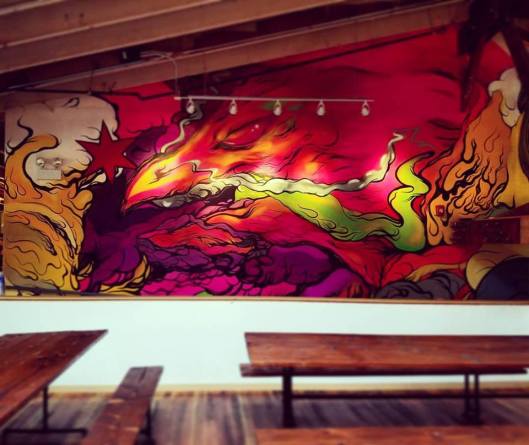