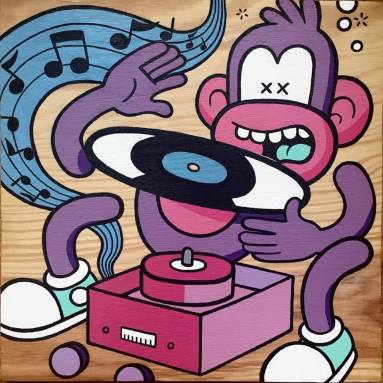 What’s going on man, go ahead and introduce yourself

Hi, I’m Mosher. I’m a freelance artist living in Chicago. I like to draw a lot and try to do it every day. I also drink a lot of beers and smoke too many cigarettes.

Growing up was good. Just average and suburban and of no real consequence. I guess loved but sheltered sums it up.

I was pretty stubborn as a kid, and unruly. I decided pretty early on that being an artist was the only thing that would make me happy. I remember several teachers who eventually would just let me sit and draw in their class, because at least then I wouldn’t be a distraction to the other students. I guess it was encouraging in its own way.

What was the first creative medium you got involved with?

First was drawing. Just pencil and paper. It’s also what I always go back to. It still relaxes me in the same way it did when I was a kid.

Recently you put out a piece called “Beyond Your Means”. Explain a bit about the concept behind this piece

Generally I use a couple of broad overarching themes throughout all my work. This piece is a little more specific in tone but still open to interpretation. It deals with finances and the value or perceived value of money. The device in the front is a stock ticker from the turn of the 19th century. It had tape that would run through it and print out stock information to brokers. This is where the term ticker tape parade comes from. During parades in New York these maniacs would throw all the ticker tape out of high rises like it was confetti. Also, it’s painted on an insert to a Doobie Brothers album. One that features a photo of their private jet the “Doobieliner.” 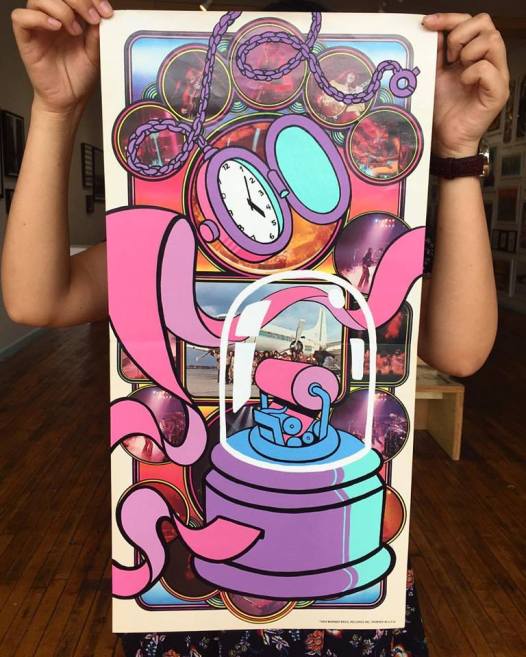 Within a lot of your pieces, you tend to incorporate a monkey. What’s the significance behind your monkey?

I’ve been drawing the monkey since I was in high school. A lot of people tell me it looks like different characters from different cartoons. He’s kinda just what a cartoon monkey is supposed to look like in my opinion. It’s supposed to feel familiar. 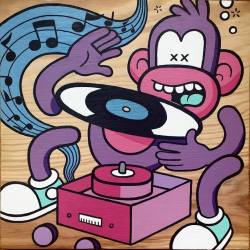 Also with your pieces, we tend to see a lot of greens, pinks, and coolers colors. Is there a specific reasoning to your color palette?

I try and use the same 3 colors in every piece, which are pink, purple, and teal. I like those colors a lot and the hope is that people will recognize the work as mine. It’s a little contrived I guess and I don’t really know how much longer I’ll stay within that same palette. 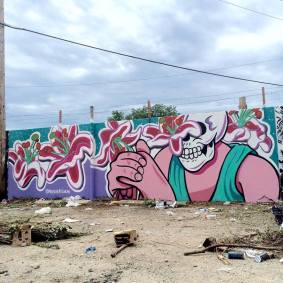 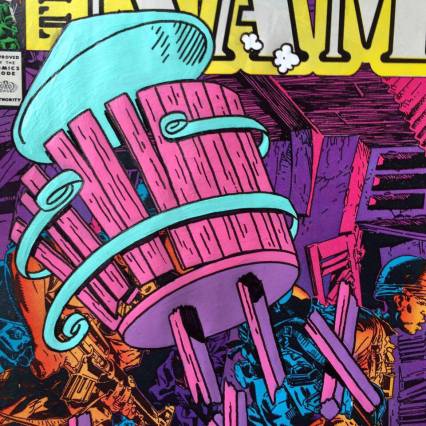 Where do you draw inspiration from with your artwork?

Inspiration comes from everywhere I suppose. I’ve always been obsessed with cartoons and comic books of course. Stories and memories from my childhood. Animals, music, literature, booze. But probably when I have my best ideas is when I’m just staring off into space not doing anything. Especially right before bed when there are no distractions. I think inspiration is always there but when aren’t we totally distracted by something else?

I see you partner/work with Galerie F a lot. What’s your relationship like with the team over there?

Galerie F has been a huge part of me getting to pursue my dream of becoming a professional artist. It’s nice to have an organization at your back who can handle all the legwork involved with the selling part of being an artist. They’re incredibly supportive and encouraging and do a lot to bring public art to the city. 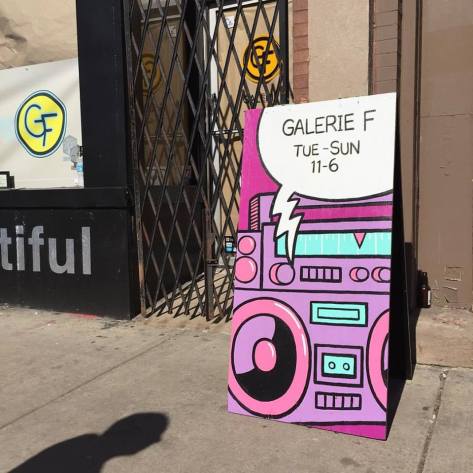 How important are art galleries to the art scene?

As long as there’s art they’ll be people who want to display it. Obviously if it weren’t for art galleries people would still hang their art in coffee shops or bars or diy spots. Galleries can do a lot of good within their communities while fostering a creative atmosphere. From my perspective  it seems like a gallery setting gives artists a chance to meet and discuss things that are important to them. Or just drink and have a good time. Either way it builds a valuable sense of community within the scene.

As you call yourself a lover of beers, what are your three favorite beers?

I’m not exactly a connoisseur, but, Yeungling, Tecate, and PBR.