What’s going on, go ahead and introduce yourself

What’s up everyone, I go by the name Yams, an artist experimenting with various mediums. I grew up in Virginia and have been living in Chicago for the past 9 years.

Life growing up was pretty cool. I grew up on a mountain top in Virginia in a small but really hip artsy town around a lot of nature. As a kid, I would take frequent trips to NYC to visit family. Seeing NYC as a kid inspired me a lot.

Where does the name Yams come from?

Yams was a name that came up back in the day when the crew and I were doing an all vegetable name production. I liked the way the letters flowed together a lot so the name stuck. I’ve been yams since about 2003.

I’ve always been around the arts, my family is deep within the artistic culture. My grandfather was a painter, my mom taught art in public school and used to do pottery. My mother was the one who taught me how to draw so it wasn’t so much of a passion, but more so an option. When I was a kid it was all about finding something to do with my time, art ended up being the subject that took up most of my time. 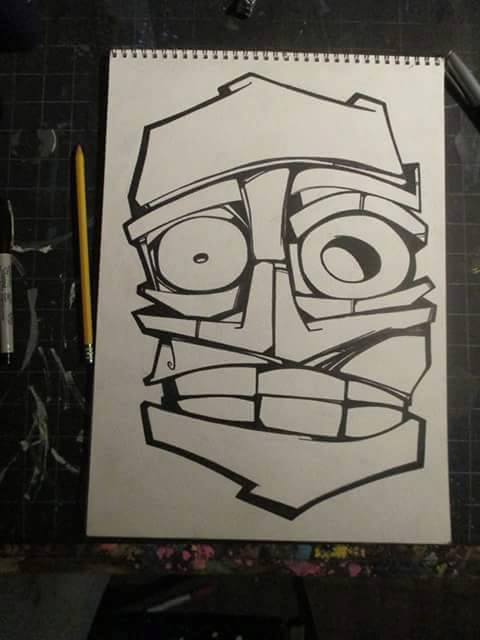 How were you first introduced to graffiti?

Graffiti came about through skateboarding. I started skating around the age of 14 around 1995, it was something that just came natural to me. I would skate with the homies from spot to spot and on the way we would put up tags. At the time I didn’t know much about graffiti history or the four elements of Hip Hop I was just doing what everyone else did because it was cool. I felt like everyone at the time had a tag, so I made up a name and started bombing. I had always been around graffiti since a kid, seeing it in new york and in Virginia on freights and walls. When I started writing I started to pay more attention to the names, I would see different names but with the same crew, I would see their tags but then I would see those same tags blown up as large pieces. From there I then started to understand a bit more about graffiti and I began drawing my own letters and sneaking in my own little piece spots.

After moving from Virginia to Chicago, how did you begin to see your style differ?

Once I got to Chicago I started seeing so much more graffiti on the streets and a lot of different styles all throughout the city. Since being here I’ve progressed a lot as a person and as an artist. 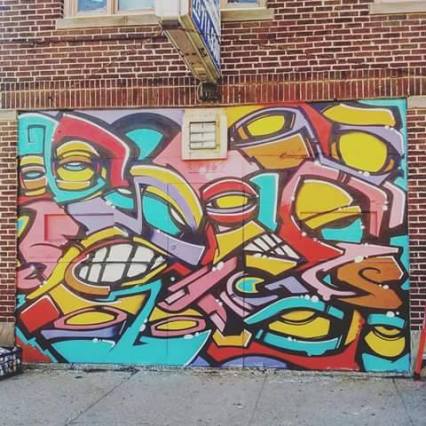 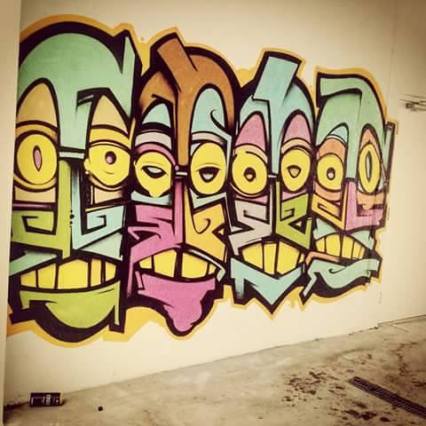 Being in Chicago for almost 10 years now, what are your thoughts on the Chicago art scene?

My thoughts on the Chicago art scene, hmm… First off I’d say it’s pretty segregated, people usually stay within their own clique/circle. A lot of galleries show only the same group of artists again and again so we see a lot of repetition. If you’re not part of those social circles that get shown chances are you won’t be seen in any upcoming galleries. Same goes for murals and such, getting a good mural opportunity that actually pays is hard to come by in Chicago. We see a lot of the same people with the same style. All of this rivalry and favoritism makes it difficult to be noticed, which makes it hard to sell art. As far as the art being made in Chicago I love it even if it’s done by someone I don’t get along with. I love all of it, Chicago is one of the greatest cities in the world.

Who are some of your favorite Chicago artists?

When it comes to Chicago artists, lets just say I like those that are friendly.

What’s your partnership with Lacuna Lofts?

Lacuna hooked me up with an artist residency for a year and half. Having a free studio there helped me to meet new people and I was able to focus on my work.

Recently you said, “The reality of an artist, you will make work that you care for deeply, but this does not mean it will sell automatically” How hard is that on you as an artist?

It’s hard emotionally and financially. Artistic merit does not necessarily generate sales, however you can’t stop, you have to push through it.

You tend to really dislike the term street artist. Why is that?

The term or name street art seems to have been created out of thin air. No one really knows where this term came from. When I got started there was no such thing as street art, not to say that art forms that would later be known as street art didn’t exist, like wheat paste, stencil, stickers, murals, etc. These all existed of course but nobody was calling themself a street artist, we were bombin graffiti! Anyways somewhere along the way somebody decided to call us all (those of us that do work in the public eye) street artists. This didn’t come from us, street art is a way to commercialize all of this. I consider myself an artist and a painter. I want to make it clear that I’m not anti (street)art, I just don’t like fake labels.

What is it about ancient history and religions that influence you creatively?

I like to study the ancients because we are connected with them. Writing is an advanced form of communication and as a graffiti writer it feels good to be part of something that has survived the brutality of human existence. Every single one of us have a voice and language, and I think Graffiti is the modern day free form of communication because it’s something that transcends race religion and gender. Graffiti to me is something universal something we can all do and understand.

100-200 years from now, do you think graffiti will be taught like impressionism, surrealism, and dadaism movements?

I think if we make it another 100 years and institutions still exist. I think the whole 20th century will be dissected, everything will be studied.

You were able to obtain a BFA from Virginia Commonwealth University in Painting and Print Making. How was your college experience?

College I was taught to step out of my comfort zone and find something different. VCU taught me a lot, it was like an introduction to the art world. 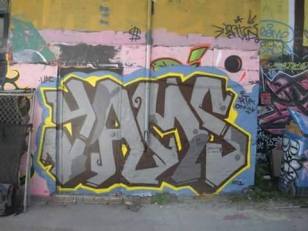 How important is it for the younger generations of artists to dive deep into past history and traditions?

I think it’s important to study the past so we can understand the present. Albrecht Durer was killing the art game in the 1500’s but kids don’t know his name, this guys lithographs from 6 centuries ago are better than anything I’ve seen in any gallery. Make sure you do your research kids, it’s very important to know the history.

If you could describe your style in 3 words what would they be?

What do you look to portray with your artwork?

With anything I like to show process. Sometimes I’m doing my name, sometimes it’s an abstract piece, sometimes I’m incorporating figures. I guess portrayal kind of depends on the subject matter.

If you were able to collab with 2 other artists (past or present) who would they be?

I’ve got a lot of artist collabs coming up you’ll see. Basically, anyone I’m cool with I’ll collab with them eventually and even people I’m not cool with hopefully we will work on something in the future.