What’s going on man, go ahead introduce yourself

Hey guys, my name is René Marban. I’m a 23-year-old dude from Chicago! I’m an artist, I think.

Growing up was cool! I was raised in the Northside of Chicago, in Uptown. I grew up with both of my parents and have two older sisters. Due to my sisters both being older than I, they taught me a lot about the world and what was popular at the time. One of my sisters got me into music at a very young age; she would always play V103 growing up, it’s a station consisting of old school R&B and soul music. This influenced my taste in music & way of life. I was like the only 13-year-old at my school with Rick James, The O’Jays & Wu-Tang CD’s, it was tight! I was an introvert growing up, I always minded my business & drew art in class every day, usually placed my academic work last. Due to my love for music and art, that then led me to getting involved with a youth program called Connect Force, it was a non-profit program on the Northside of Chicago that was run by organizers and artists focusing on youth interested in the creative field. I met a lot of lifelong friends in that program, a lot of artists whom are successfully doing their thing today. I remember doing graffiti with like Vic Mensa & Nico (Donnie Trumpet) on the train, buying snacks at the corner store and going straight to the program afterward. Connect Force really helped me get involved with graphic design, hip-hop, graffiti, and DJing; if it weren’t for the program, I probably would have never gotten involved with any of the mediums I’m involved with today. Much love to people that invest their lives to helping the youth! I really plan on doing the same as I get older. I just want to give back & let kids know that their dreams are real!

When I was about 5 years old, I had a best friend who had an older brother that was a popular graffiti artist. One day I ended up going to my best friend’s house and his older brother said “Wassup” to me and asked for my name. 5 minutes later he came back with a piece of paper and it was my name in graffiti. I will never forget the feeling of seeing my name in that way for the first time. I remember being in awe, wondering how he was able to do that. I remember putting it in my locker for a couple of school years. As I got older I ended up getting involved with graffiti as well and started hanging out at The Bassment (a huge record store based in Chicago). Shabazz, the owner of The Bassment, took a lot of youth under his wing, along with Vic and Nico. He would have us staple flyers around the city and in return he would give us markers, art supplies or mixtapes. Fast forward, being at Connect Force, there was a Photography class happening there one day & I decided to check it out. I instantly fell in love with it & then remembered that my dad had a DSLR camera in his closet that he hadn’t used in years & I decided to mess with it one day & the rest is history! So many things have happened through out the years to make me believe this is what was meant for me. One of the biggest things that happened to me that made me want to pursue this whole music/creative thing is when I was in class one day & my sister’s best friend called me saying she was going to Lupe Fiasco’s producers house (Soundtrakk) and asked if I wanted to come. She knew I was deeply into Hip Hop & was also interested in music production. Once she had notified me, I literally ran out of school & rushed to meet with her and drove like an hour away to his house. I knew I couldn’t miss the opportunity. It was probably the first time I had witnessed what I ultimately wanted to become in life, first hand. Soundtrakk was extremely humble, talented and caring. All these things let me know that this was the industry I wanted to be in! I will never forget. I also had a huge G.O.O.D Music phase growing up and I one day met Don C, Kanye’s best friend and Tour Manager at the time, we spoke about a lot of things and he gave me a lot of advice through out the times that I did see him. I think meeting Don C, Kid Cudi & Big Sean, all at separate occasions really set everything in stone for me. It was like me getting advice from some of my role models before I even had the experience really inspired me forever and gave me the drive to gain an unstoppable work ethic for the rest of my life. Shout out to God and the rest of the people I forgot to mention that have ever believed in me! 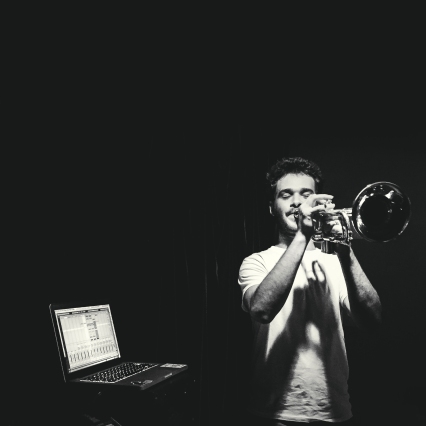 What makes art so important to society? 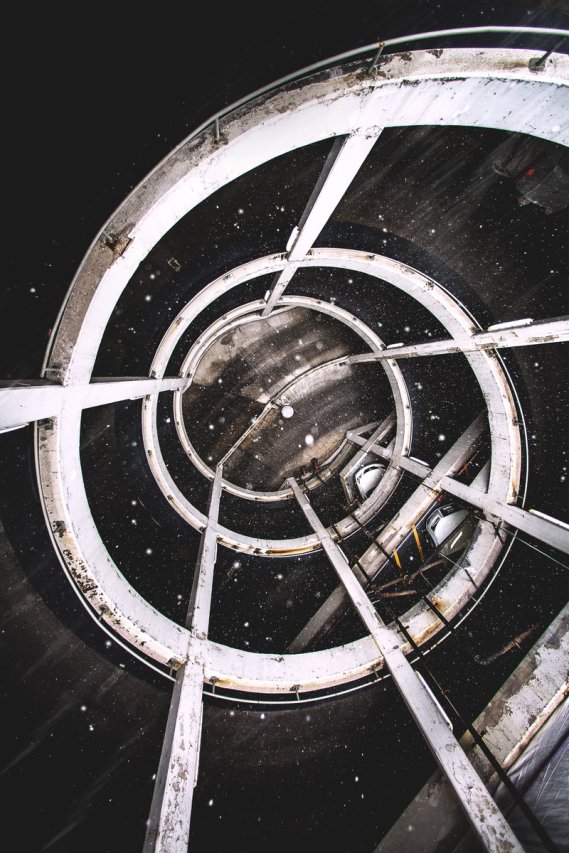 How has photography helped play a key role in assisting your other favorite creative medium, which is graphic design?

They are both vision-based mediums. With both subjects, my focus comes down to symmetry, lines, and compositions. It’s all a scientific process in a way. I think touring and just overall experience in both Photography & Graphic Design have taught me a lot about life and other mediums. There’s so much that has happened in the last 3 years that has allowed me to grow. Everything from placements, legal situations, traveling, meeting people, studio sessions, shows, everything! It constantly keeps me inspired & learning. It’s a beautiful thing. 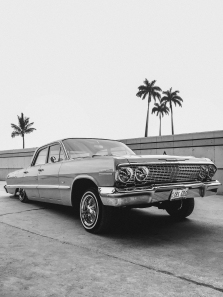 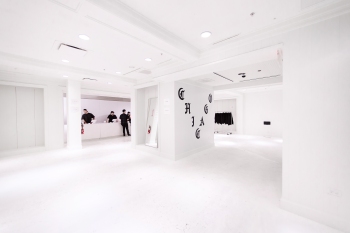 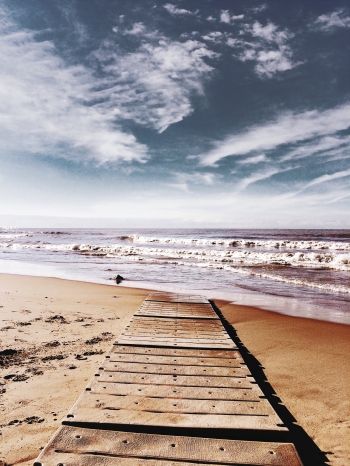 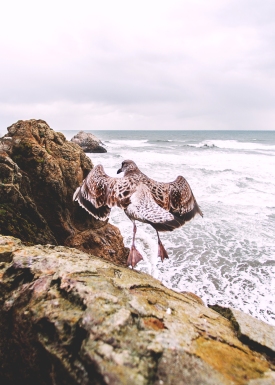 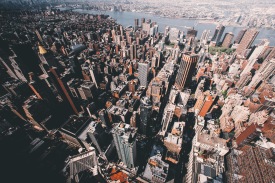 Chance The Rapper, arguably could be considered one of your good friends and biggest mentors. When did you guys first meet?

-How have you guys become so close since?

The first time we actually met was at the Acid Rap listening party at Jugrnaut, I waited in line, by myself, got into the meet and greet and introduced myself and told him how dope he was, shook his hand and that was it, haha. I’m not sure if he even remembers that! I would really consider us first really meeting about 2 years after that day- we had a real, formal introduction at the first show on tour, starting in St. Louis. I was going to be touring with him as his photographer.

We became close in time, from shows, studio sessions, cutting his hair and genuinely being friends with everyone in The Social Experiment. Its a family. It’s a whole squad of people behind the actual band that really love each other. We all always hang out randomly & do fun stuff. Shout out to Pat, Mike Ahern and Eric Montanez for everything! 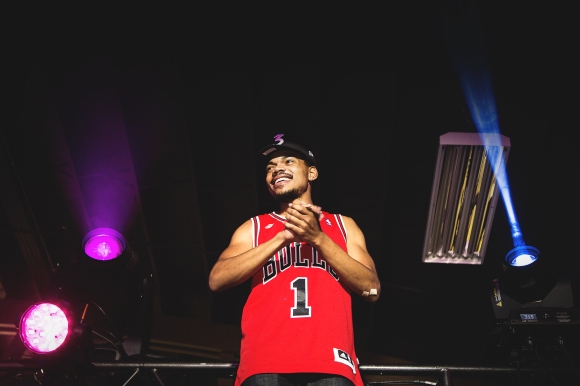 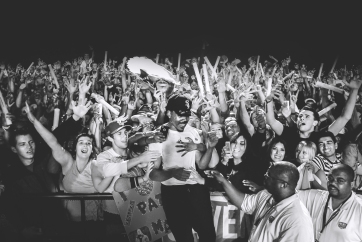 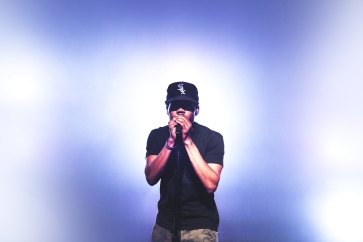 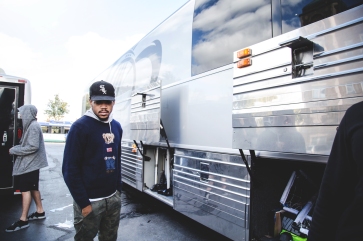 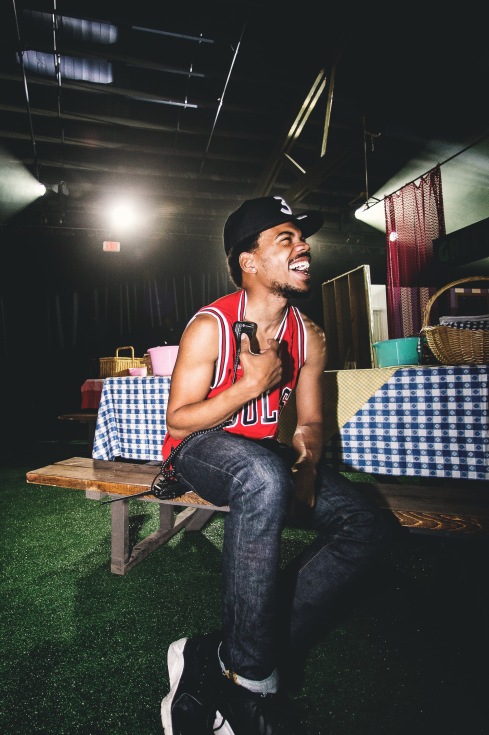 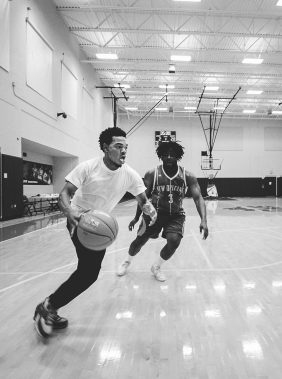 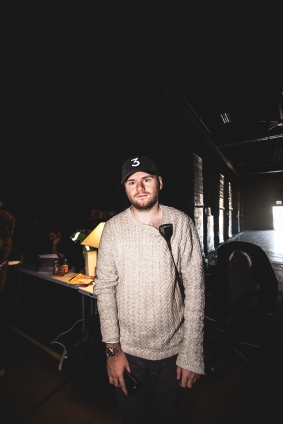 Lollapalooza just passed, how was it being on stage shooting for some of your best friends?

-Who was your favorite performance from the weekend?

Lollapalooza was amazing. The first time I attended Lolla was with Chance when he headlined 2 summers ago, it was insane! I think, for a fact, 60,000+ people were in front of the stage he performed at! You could see the waves of hands synchronized as Chance controlled them! It was nuts! This year I went with my friend, Towkio. My favorite thing about this year was the fact that a lot of the people performing are really my friends now, I was a huge fan before & have always believed in them and always knew that they would become superstars. It’s so dope and I’m grateful to be able to witness it all. It’s a blessing and being able to perform at one of the biggest music festivals at home is one of the greatest things ever.

My favorite performances were Towkio’s, Vic’s, and J. Cole’s. Future was tight, too. J. Cole is one of my top favorite artists, so it was cool being able to see him. I wanted to experience his show first hand so I went from the backstage area, walked like 10 minutes into the crowd and watched the whole set from the middle. It was amazing, I sang every song word for word and felt like nothing before after that. Cole World!

Processed with VSCO with f1 preset 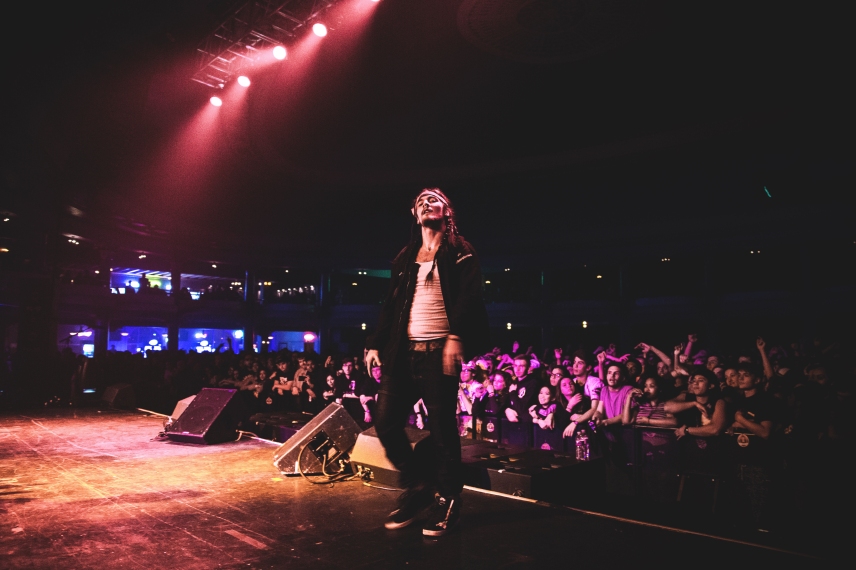 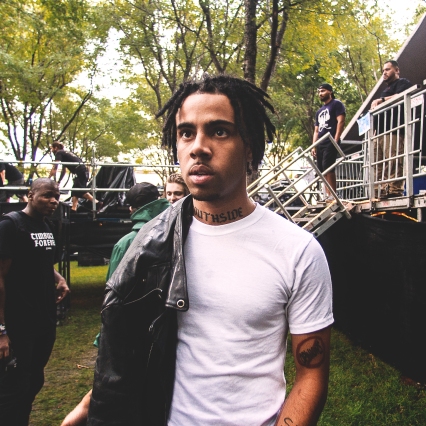 How important is it as an artist to stay positive and build great relationships with others throughout the city?

It’s very important, not only as an artist, but as a human being. Just be a nice person, care for others and be selfless when you’re actually succeeding. Words spread fast in this industry- and if you are irresponsible, rude or simply hard to work with, people WILL KNOW & may refuse to ever involve themselves with you. Make sure you remain humble, spread love and always give props when its due! These things will bring you peace and people will love you for you. 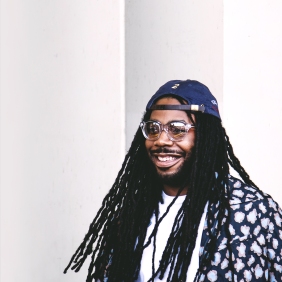 What do you find most rewarding about being an artist?

Being a voice. Being able to influence others to do better. Also being able to create something positive out of a negative situation- it can go all go a long way. We mostly feel inspired because we can relate to something and it gives us hope to receive a different outcome of what we may expect at the time. I gain the majority of my inspiration from music. It has been a guide to most of my decisions! It’s like getting advice from someone that has already experienced it. It allows us to grow from situations and hopefully become better and not bitter from them.

How does music help your creative talent?

All my photos are inspired by music. Every picture is a story, a lyric, a memory, a sound. I guess I’m just weird and emo like that. 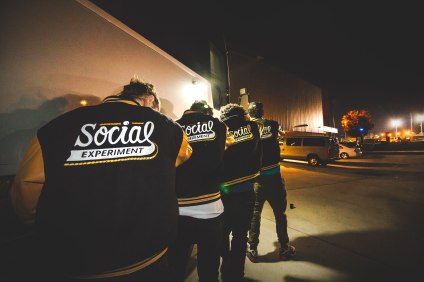 Processed with VSCO with 2 preset

If you could choose 3 of your favorite artists to sit in a room and talk with, who would they be?

My three would be, Frank Ocean, Kanye West, and Denzel Washington. All these dudes are great and we all think alike.

Not to take anything away from your hard-work and passion, but how much has social media also helped you as an artist?

Social media is very important, it’s become a way to constantly expose your portfolio. Be careful with what you post! A lot of companies run through your profiles before they decide to hire you without notifying you. I’ve also learned that word of mouth may be the best way to market yourself so just be consistent! and constantly produce great work- don’t post stuff you wouldn’t like to see in other people’s feeds. Just genuinely be yourself and love what you do- it’ll all fall into place. Social media has also helped me develop relationships with other artists throughout the Chicagoland area and around the world. I can like go to New York and meet up with photographers I’ve been following for years but have yet to meet and feel like we’ve been knowing each other forever just from being surrounded by them on Instagram, Twitter, etc.

As the year is almost coming to an end, what could we expect from you?

Things always come up last minute but I plan on remaining focused, working and growing. I plan on touring perhaps, continue to work with @modernnotoriety, make clothes and possibly host a gallery before the summer ends!

When it’s all said and done, how do you, Rene Marban, want to be remembered?

I think the people that know me best, know how they will remember me.