What’s going on introduce yourself.

What’s up everyone, I go by Marcus Nogood Aka Señor NoBueno on the social media tip. I’m a 19-year-old recording artist currently living in the suburbs. I was born and raised in the south side of Chicago, Hyde Park.

Tell us a bit about your life growing up

Life growing up for me was cool. I was lucky enough to have both parents growing up. I come from a huge family, most of them still living in Hyde Park and throughout the southside of the city. I went through a lot of phases in my childhood. Early on, I was really into skateboarding. From skateboarding, I then got into Art. I was into drawing and painting, from those mediums I got into street art and graffiti. Unfortunately I had to give up graffiti because living in the suburbs it was harder to stay low-key with it. Throughout all the different phases in my life, music was always there and something I had always wanted to pursue.

When did you get into rapping?
-When did you begin to start taking it seriously?
My sister was the one who had introduced me to hip-hop and rap music. My parents were listening to a lot of soul and gospel while I was growing up. I started rapping I’d say around 8 years old. I had begun writing raps and practicing over instrumentals on Youtube. Around the 8th grade is when I recorded my first song at 14 years old. During that time Oddfuture heavily influenced me. Earl Sweatshirt was one of my favorite rappers. By sophomore year I had gone with the name Marcus Nogood and started to develop a little following. Since then I’ve been progressively building that following. 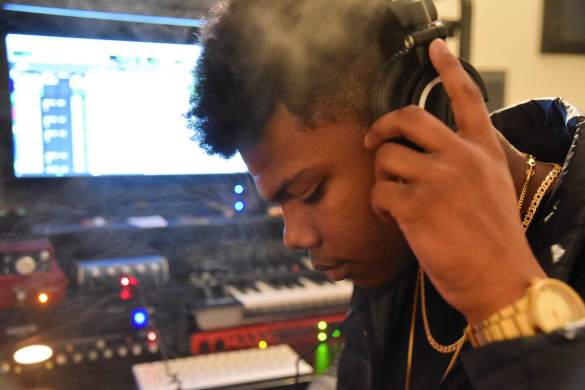 What was it about being a rapper that attracted you?

As a young kid I had wanted to be a rapper due to the lifestyle that came with it. What young kid didn’t want that life? As I got older my views on why I wanted to rap changed. I really just wanted to express myself and get my point across. I was very into poetry, so rhyming and putting words together was just a natural thing for me. With my music I wanted to develop a connection between my music and the listeners. Kid Cudi was a huge influence on me growing up. Just by listening to his music, I felt like I truly knew him. That was what I wanted to accomplish with my music. I’m not a rapper because I’m following trends; I’m a rapper because it’s something I truly enjoy.

What rap album changed your life?

I’m still young so I can’t knock it down to just one album. There have been albums throughout chapters of my life that changed my views on life. I’d have to say Late Registration by Kanye West changed my life in elementary school. Fast-forward all the way to high school, I’d have to say Kid Cudi’s Man on the Moon 1 and 2. MOTM 2 really helped change my perspective on life.

How would you describe your style/sound as an artist?

As an artist, I consider myself very versatile, meaning I don’t stick to a certain sound when beat searching or writing, yet I always stick to what’s comfortable for me.  I definitely do well with different flows, word play, and slant rhymes. I would say I’m a lyricist to a certain extent. 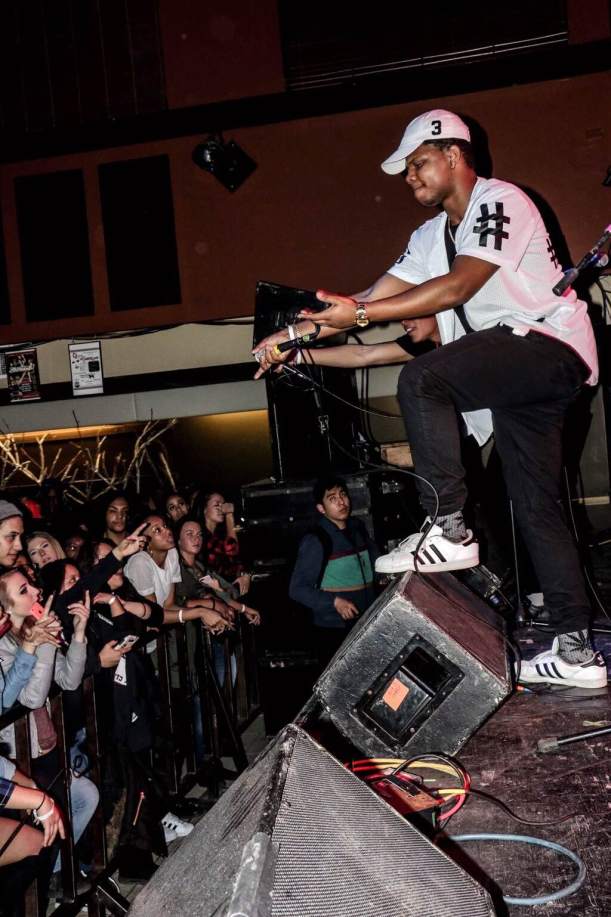 Who are you listening to in Chicago’s hip-hop scene the most?

My top 5 in no order would have to be, Lucki, Supa, Saba, John Walt, and Joey Purp.

Outside of music, what other activities do you partake in?

Really not focusing on anything other than the music right now. I’ve transitioned into making music my number one focus in life right now. But, I also work and go to school full time. I’ve been also looking to work on my vocal melodies, production, and possibly looking to get into engineering as well. I’m looking to be a well-rounded musician. Oh yeah, and I do modeling on the side, but that helps with branding my music as well. 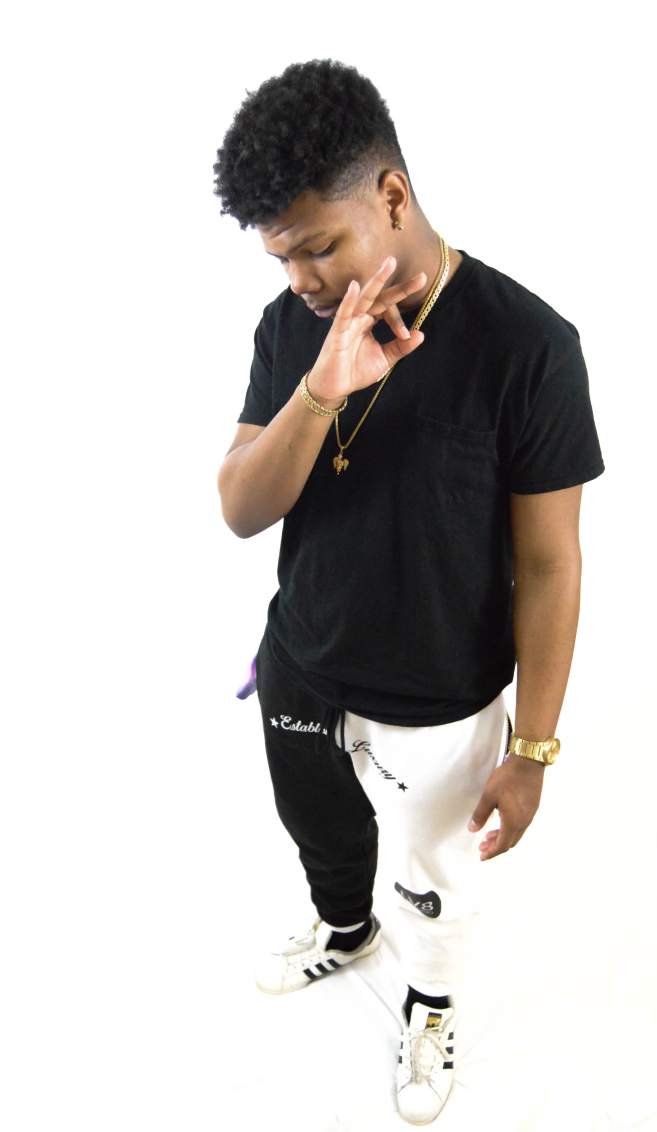 Over the past couple years would you say lyricism has made its way back to hip-hop?

Oh yeah, I think lyricism is definitely made its way back. Really, it all depends on what artists you’re currently listening to though. There are plenty of artists out now-a-days that aren’t necessarily lyricists, but they make great records. On the other hand there are tons of lyrical artists out as well. Also, if you look at the biggest dudes in rap right now, they are all lyricists, Kendrick, Drake, and J.Cole.

“Dream Beyond Fame”, your debut project, explain a little bit of the concept and meaning of the project.

For this being my debut project, everything was a reflection of me. I looked to discuss personal things I was going through at that time. Music for me has always been about expressing myself, and this project was an introduction to getting to know me. The meaning “Dream Beyond Fame” was all about emphasizing that if you have a dream or goals in life, truly go for them. I’ve had plenty of kids tell me to my face that I wouldn’t make it; stuff like that just never stopped me. I feel like for the first project I had some killer features and got some pretty good blog write ups. Unfortunately, as an artist, we critique ourselves the hardest, so there were definitely things I could’ve done better. I got good feedback from the people around my area, but it didn’t branch out as much as I thought it would. I took note of all the mistakes and things I could’ve done better and applied them to this next project. 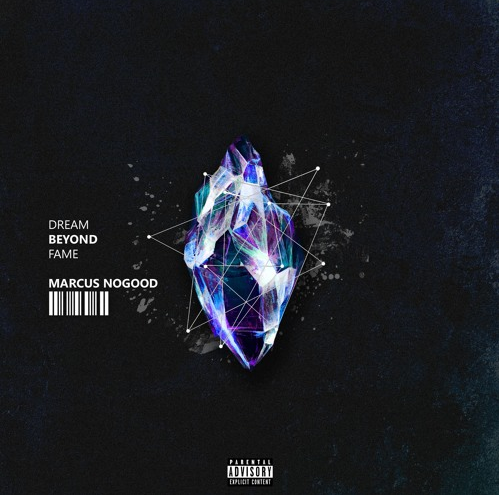 What was your favorite song from the project?

I have three favorites from this project. Uplift 2 was something that wasn’t necessarily my style but I wanted to do something different. The production, verses, and the hook was something I thought was dope, yet different from everything I’ve put out. Second was Belief. With this song I had written about a situation I had went through not too long ago. With writing this and putting this song out, the ease off my shoulders was removed. Last song on the project was maybe; I thought the production was nasty. The hook is what really made the song for me, I went real creative with the ad libs.

On Legions, you connected with some heavy hitters from Chicago, Saba and Mick Jenkins. How did this connection happen?

I had to go out of my way to make this work. I had done a lot of reaching out. I was lucky enough to get the Mick Jenkins verse before he dropped his project “Water[s]”. The track was originally supposed to be GOLDEN, Mick Jenkins, and Me. My friend GOLDEN was going to be on the second verse. I then switched everything up and got Saba on the feature. It ended up being perfect timing and a perfect combination of Mick and Saba. The song was debuted on TheDailyLoud, shoutouts to them. Putting together the song was a long process, but it was most definitely worth it. 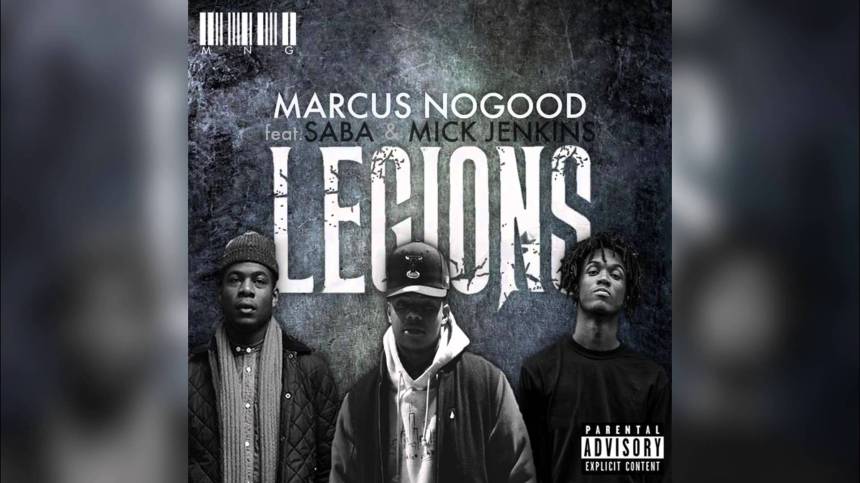 -Is this your biggest song you’ve dropped?

Most definitely, for now at least.
You started discussing about working on your second project. What is going to be different this time around?

The name of this project will be called the Trouble EP. This will be dropping in the summer. It will be a EP with 7-9 tracks. The production will be different. Also, I will be approaching each track differently. This album will be more upbeat.

Can we be expecting any features again?

Not this time around. This will be all in house. I’m trying to show people what I can do.

YES, I will be dropping a single called BlackMan, along with visuals. This will be out very soon. I’ve been quiet because I’ve been working. I’m not really into talking about what I’ve been doing; I’d rather just show people the work I’ve been putting in.

What’s your end goal(s) as an artist?

I have a couple goals. I definitely want to develop a good fan base here in Chicago. From Chicago, I want to expand globally. I’m looking to have a national fan base, but I know that it all starts with Chicago. Also, I’m trying to make it to the point where I’m feeding the people who have helped me get to where I’m at it. I have been blessed with great friends and a great following. I owe them the world.
Follow me for the latest updates on Twitter @MarcusNogood and you can check out Dream Beyond Fame now on MarcusNogood.com ! 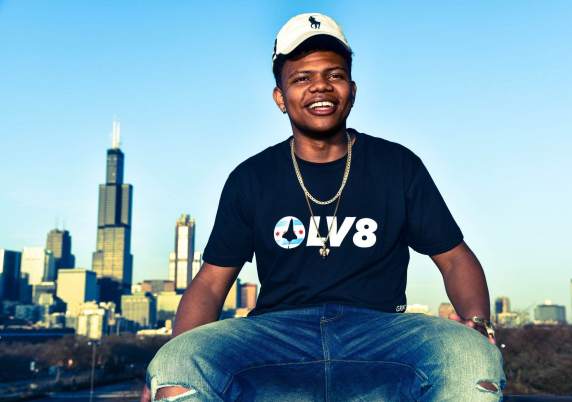