Tubs is a Chicago Calligraphy/Calligraffiti artist from the Southside of Chicago. Tubs was influenced early on from his parents who were both artists. Since then he has been developing his own unique style. His style has been catching my eye for a while now and i’m glad I was able to meet him and hear his story. Check it out below! 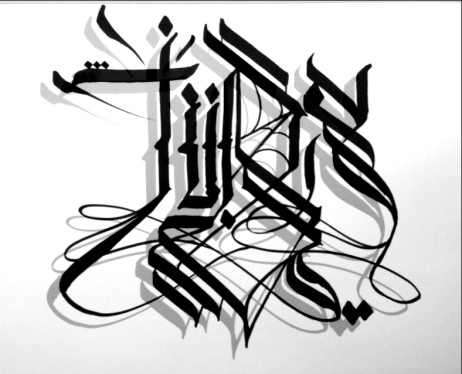 What’s going on introduce yourself

Whats up! I go by the name Tubs.

Where did you get the name tubs from?

The name came from one of my homegirls growing up. One day, we were just hanging outside of her house and she just called me “Tubs”. We then both looked at each other and it just clicked.

You say your favorite letter to draw is T. Why is that?

I prefer how I can just end it. I’m able to distort it and make it abstract. To me the letter T represents more than just a letter, it’s more of a symbol. It represents who I am as an artist 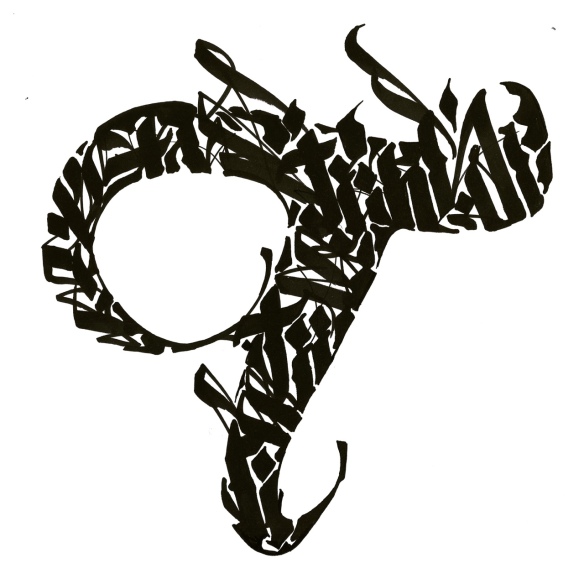 I come from a regular middle class family. I grew up in the southside of Chicago. We bounced around in a couple different neighborhoods such as Brighton Park, Archer Heights, and Pilsen.

For those who don’t know, explain what calligraphy is

For me, I define calligraphy as the traditional letterform. Calligraffiti fits more the title of my work. It’s a hybrid of both of my styles – graffiti and calligraphy.

Growing up how were you introduced to art?

I got into calligraphy from my mom. When I was younger she would do calligraphy on our family’s invitations. While creating the invitations, she would have me watch her and try to duplicate exactly what she was doing.

As a young kid, was being an artist what you wanted to be as you grew up?

Definitely. For me, I knew at around 4-5 years old. I remember as a kid walking in Pilsen with my dad and passing a mural. Something about this mural really hit me. At that point, I knew it was something I had wanted to do for the rest of my life. Being able to paint outside was important for me. I wanted everybody to see what it was I was creating. 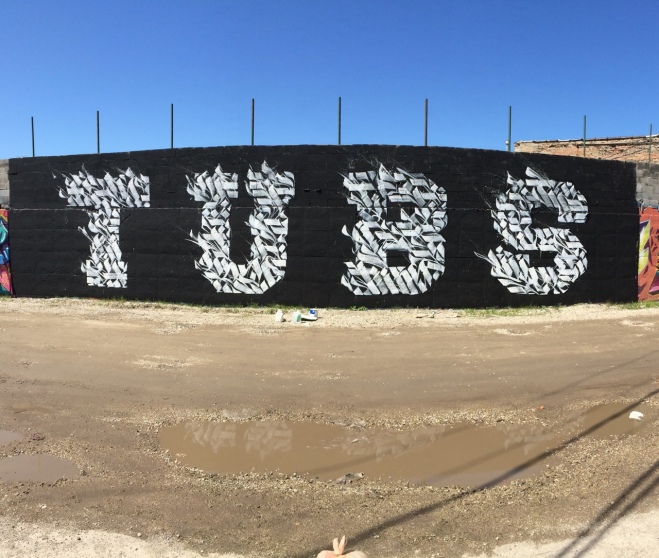 Who were some of your favorite artists growing up as a kid?

As a young kid I’d say my Mom and Dad for sure. Once I got a bit older and into graffiti culture, I’d have to say local heads like Temper, Civil, and Pride. All the oldschool bombers just really influenced me. As I got older I was checking out some of the magazines my dad had and I was introduced to artists that were known nationally such as Twist, Zephyr, and Nase. Those were the artists that influenced me for Graffiti. When it comes to calligraphy the artists that had a huge impact on me were Chaz Bojorquez, Retna and Shoe.

When it comes to the murals you create.. Are they all freestyle? Or do you have a concept you have already sketched out?

It really all depends on the wall or the job. If it’s a commission piece, I have to go with a plan. Other times, if owners are cool with giving me creative control, I just go in and do whatever I feel. 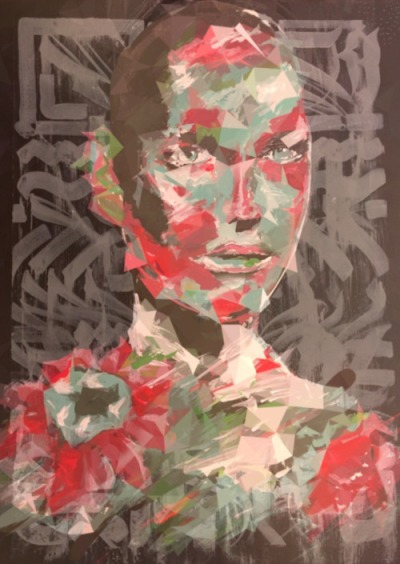 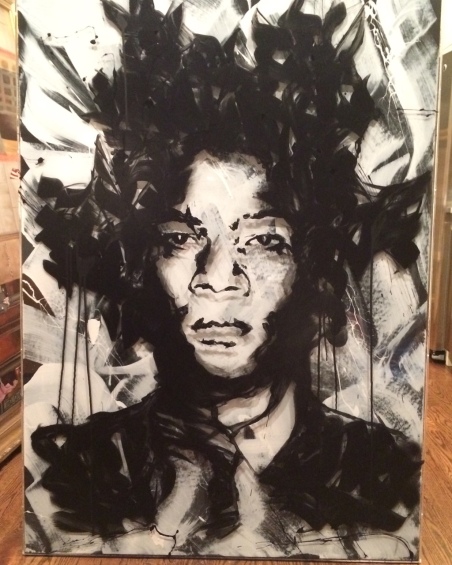 You just recently did a piece at 15th&west gallery. How was that experience?

It was cool. I was able to work with czr prz a nationwide street artist. Before doing this piece we didn’t do too much planning. We only had one rough sketch. We basically just went back and forth and discussed what we wanted to do. The experience came natural between us. It was an experiment that ended up working out very well. We developed a good connection and are now going to take it to the next level. We have large walls coming up we are going to be hitting up. 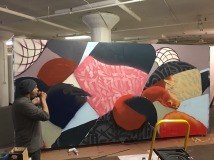 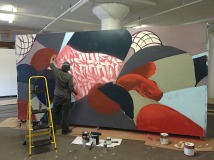 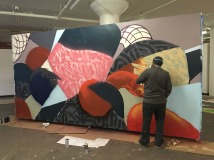 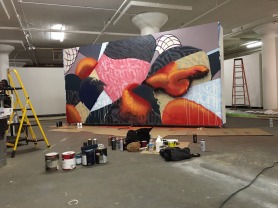 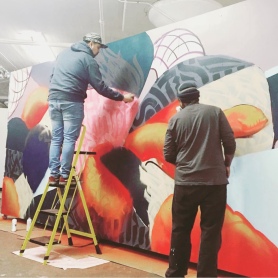 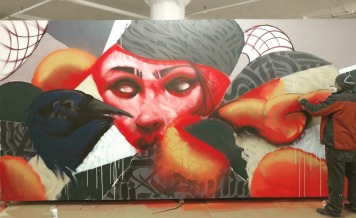 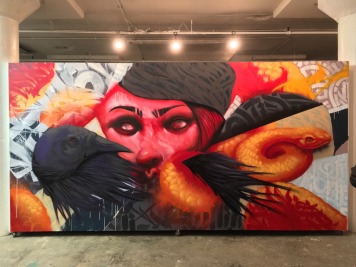 (Start To Finish Pictures From The Mural at 15th & West)

Was there a point in your life where you knew you were going to make a career out of being an artist?

Around 8 years ago I knew I had to take it more seriously. I started working really hard. Unfortunately I wasn’t getting all the commission jobs during that time. I was still very dedicated and wasn’t going to let that hold me back. When I had my daughter 4 years ago, I really took it to another level. I made sure to work even harder at that point.

Where do you draw inspiration from now for your pieces?

For me, I like looking at a lot of different cultural based artwork. As far as lettering goes I recently saw LA Cholo Handstyles and Taiwanese lettering. That really influenced me. I really look for different types of lettering/typography fonts. My dad really helps me out a lot. I get a lot of inspiration from the old school lettering.  I’m constantly looking at my dad’s old magazines and taking old ideas and revamping them to a modern feel 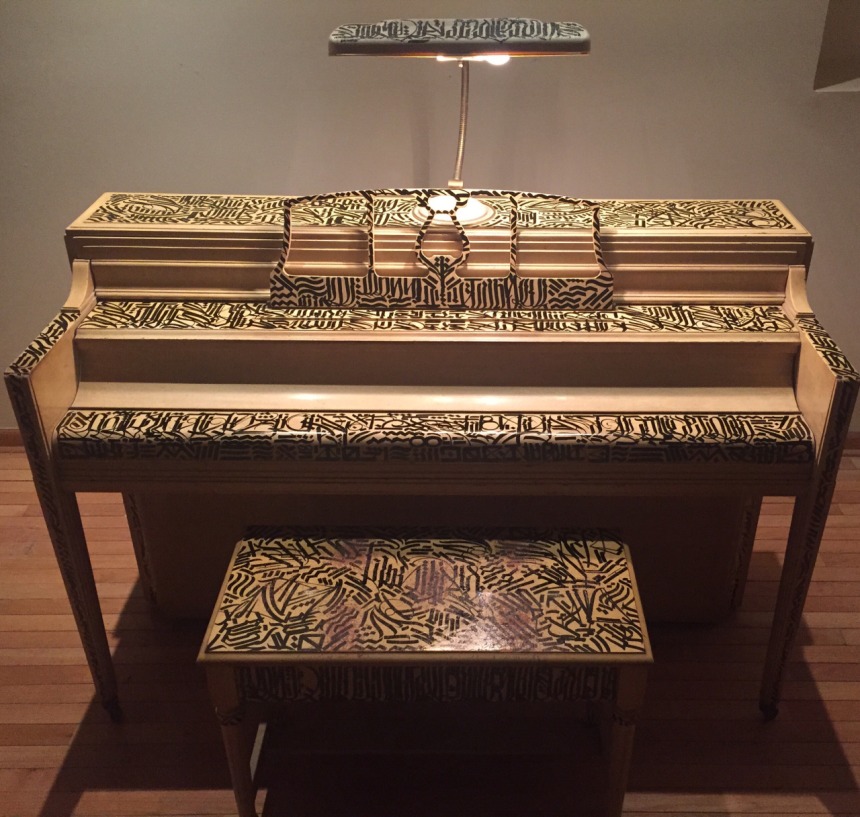 To this day how has art been able to impact your life?

Art has impacted my life since being a little kid. It has just always been there. It’s constantly impacting me every single day.

How do you feel about Chicagos street art scene?

It’s cool. It’s Very diverse. Chicago is right in the middle. We have a lot of artists from NYC coming here and LA people coming here. Chicago is a melting pot of cultures as well which influences my style as well.

Has social media helped play a role in your career?

Most definitely. Just being able to put my art out there has helped. Social media is huge. That’s where I get around 80% of my work from now a days.  As an artist in this generation I don’t believe you can survive without it.

With the platform and following you have do you believe it’s important to pass the torch down to younger generations?

-do you teach any classes to kids?

Yeah definitely, I want kids to be inspired. I actually want everyone to be inspired, artists, or non-artists; if you want something, really go after your dreams. It sounds cliché, but it’s the truth.

I haven’t done classes for kids yet, but I have painted walls where younger kids who are into graffiti come out and watch my whole production. They get to see all the background behind the piece/mural.

When it’s all said & done, what Impression do you want to leave on this earth through your artwork?

I want people to know the work I put in to get to my level. Its more than a piece of work, its an inspiration for kids to see. I want my work to be relatable for the kids. I want to make it so they can grow up and do the same or even more than what I have done. 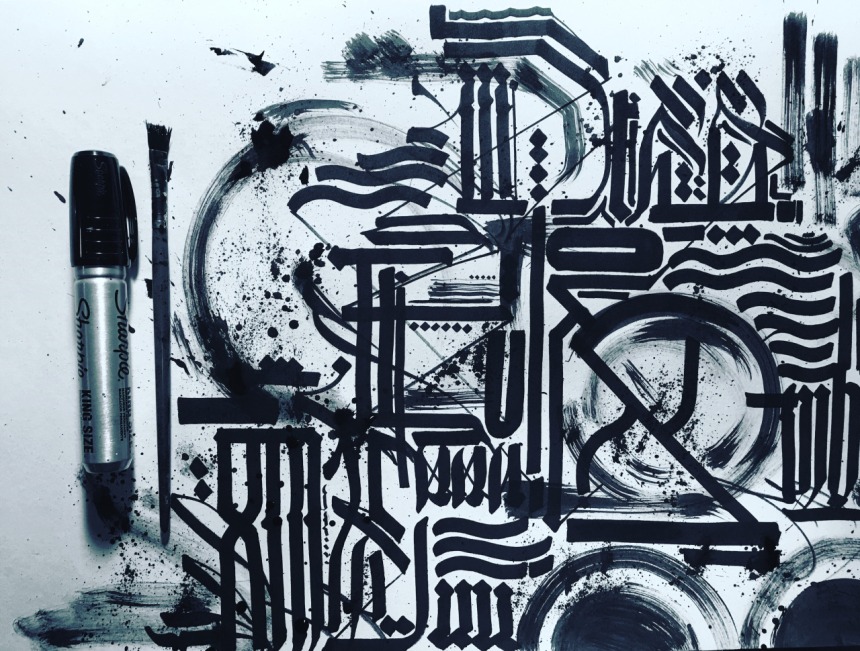