CHECK OUT THE INTERVIEW BELOW

What’s going on man introduce yourself

Yo, my name is Eddie Santana White, but people just call me Edo.

What was your first introduction to art? What was it about art that made you want to continue to strive to be an artist?

For me it was a little different. I wasn’t introduced to art the formal way. I was hella into designing and visual arts early on. It wasn’t until recently that I started to research and discover artists. I became an artist and then went back and did my homework. Honestly, Art is the one thing that can set me free. Art is literally everything and everything is freedom. I also get a euphoric high. I want to continue creating to show the world my message.

When did people start taking you seriously as an artist?

It wasn’t until my first art show (Nov 14th) that I started getting taken seriously as an artist. People only knew me as a designer, someone who knew how to dress. When they saw me put together this showcase, they were just blown away. It was different from what they had seen before and I had a unique way of displaying it. 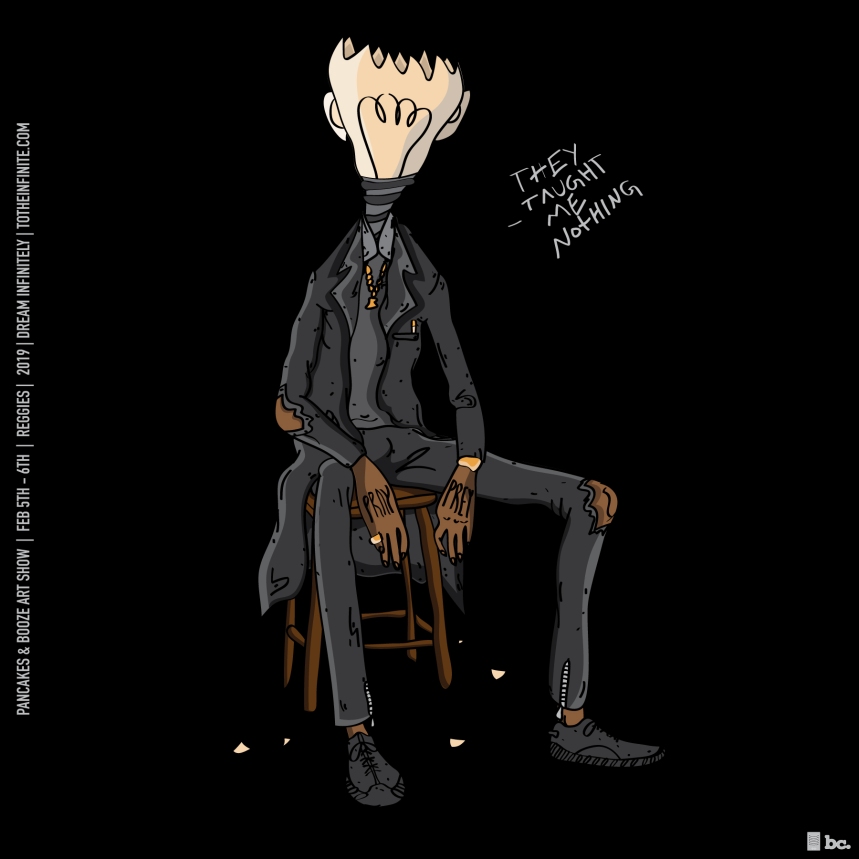 How would you describe your style of art?

Two words “Organized Chaos.” There’s a lot going on, yet it still remains clean and fresh. The description “Organized Chaos” actually came from somebody else. They told me that that’s how my art looked to them. Since then, that’s just how I have been describing my art to people. 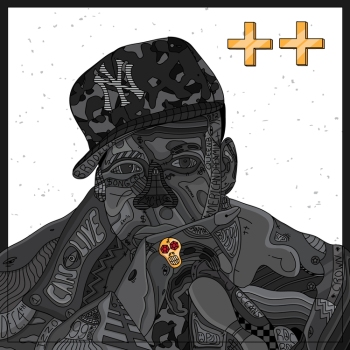 Explain the meaning behind your “infinite artwork”

There’s two ways you can describe my artwork. Infinite or inception. Infinite meaning forever or timeless. Inception, like the movie. That’s one of my favorite movies of all time. I love the whole dream within a dream within a dream aspect. I took that concept and applied that to my work. That’s why many times you’ll see art within art within art. I took both of those styles and blended them together.

With this generation being full of artists how hard is it to stand out and be different now-a-days?

Honestly, for me it’s not that hard. I look at what I do as being original. I tend to stay in my own lane. This generation is filled with artists and I do tend to see kids who just follow current trends and do what everyone else is doing. These kids don’t really know, but they are really just going in circles. I choose to be different and not focus on what everyone else is doing. I want to stay in my own lane for now and eventually make my lane big enough to let the rest of the world in. Just have to remain patient.

You have been working with some of the top streetwear brands lately such as DBM and Leaders. How have both of those situations been?

-In situations like these are you sending them designs or are they reaching out to you with ideas and you design them?

-Have these situations gotten you business from other brands?

Growing up, in highschool Leaders was one of the biggest streetwear brands in Chicago, if not the biggest. My dream was to always design something for them. One day I had stopped into Leaders to talk to Corey. While I was walking out, and when I mean walking out, I mean I was already down the block. Corey then shouts my name to come back into the store. I came back into the store and Corey was telling me how he had been hearing about some of my art. He wanted to start talking about designing for them. I was so shocked, this was a dream I always had, and now it was beginning to come true. It all started with one tee, then came another tee, and recently I just dropped a whole collection for them.

When it comes to Fat Tiger, Rello was on twitter one day tweeting out who were some of the top designers. Peopled started mentioning me to Rello. Rello then reached out to me and we started talking a bit through messages. Then one night after East Room, I was outside and Joe and Rello were right there. They were talking to each other saying that I was “the one”. Joe (Owner of Fat Tiger) then reached out to me about designing for them. We started discussing ideas and concepts. The traphawks design was the first design I ended up making for them. This had been a design that I was holding onto for four years. Nobody was giving me a chance to work with this design I had made. Joe believed in the design and we made it work. The blackhawks then ended up winning the Stanley cup and we dropped the t-shirts and jerseys with the traphawks logo. I’m very thankful for Joe believing in me. Also the guys at Leaders. It just goes to show you that “if you stay consistent in life, you can never lose.” 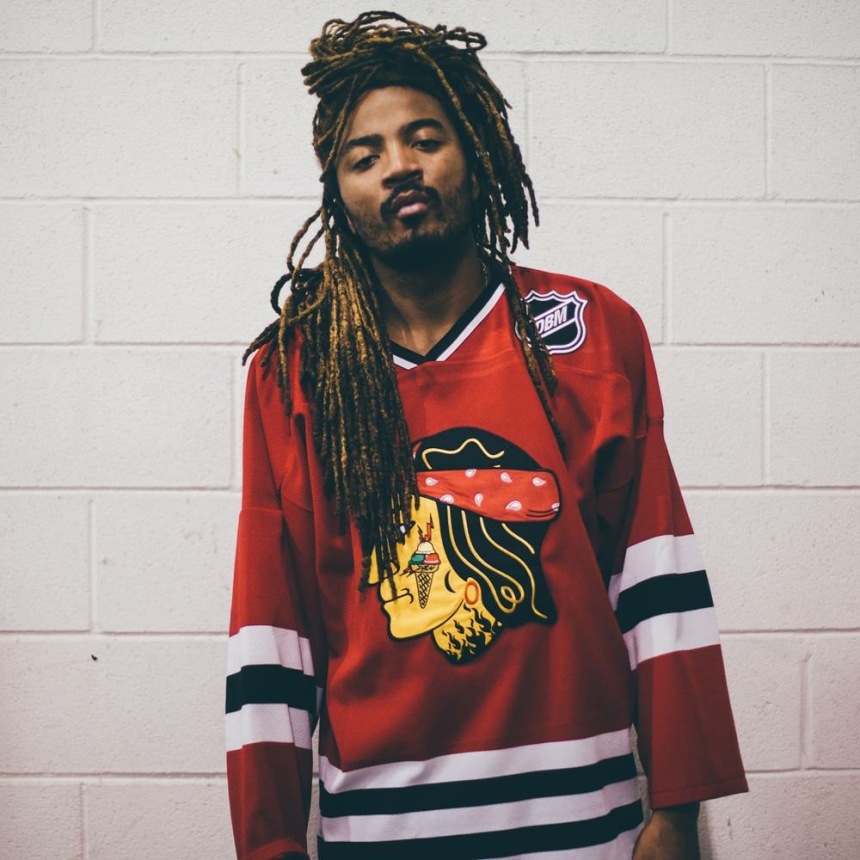 In these situations both of these brands trusted in me and believed in me. They gave me the creative control to come up with the designs and concepts.

I’ve received a ton of business due to working with these brands. Honestly, so much that it’s hard to take on new projects because of my work load.

When it comes to me creating, I’d say I’m very isolated. I prefer to just be alone and with my music. When it comes to my designing process, I draw everything in Illustrator. As soon as a thought comes into my head, I then take it right to illustrator.

What artists inspire you the most?

The artists that inspire me the most as of right now would have to be Keith Haring (Rest In Peace), Matt Groening (Simpsons Illustrator), and Kaws.

Back in November you had an art show called Infinite Inception where you had 10 pieces you displayed. The pieces were all of people from Chicago. Explain the meaning behind the show.

With this being my first ever art show, I wanted to do something for my city. That’s why everybody I designed had either some sort of involvement with Chicago or was from Chicago. I had Kanye, JoeFreshgoods, Lucki Ecks, Hebru Brantley, Obama, Michael Jordan, Me, Marv, Mano. Each person inspired me in some way, shape, or form. The 10th and final piece was my Mom. This to me was the most important piece of my career. It was a super dope moment for me when I got to reveal my moms piece at the show. 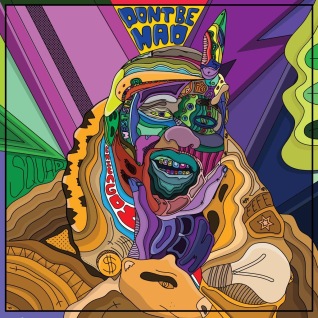 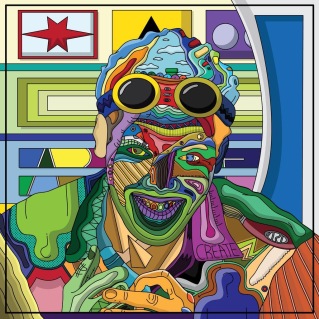 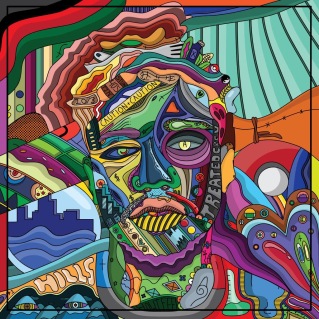 Since this show there has been no slowing down for you. You followed up with a show called “Emotion Nostalgia” . What was the meaning behind this show? 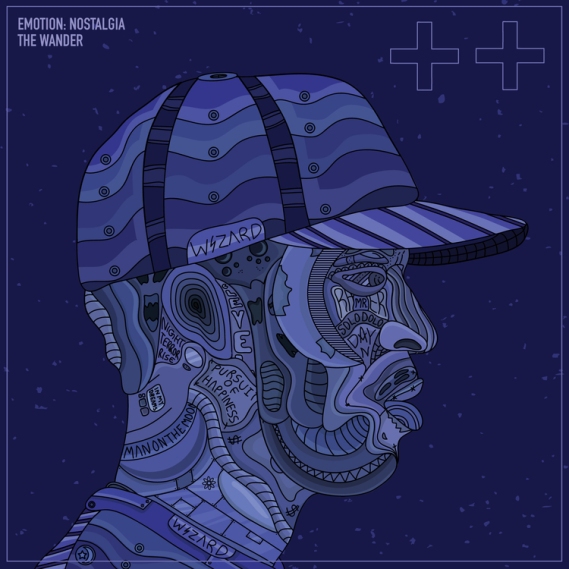 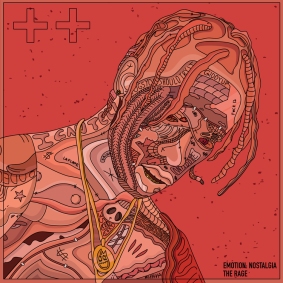 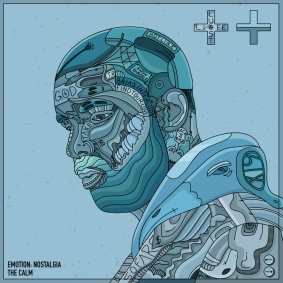 How important are art shows now-a-days?

If I had to give a percentage I’d say near 80%. Now a days with social media being such a huge thing, I could’ve just dropped all of the artwork on instagram and received the likes and the views. But then I realized, sometimes it’s more than social media. With art shows I’m able to be in front of the people. I’m able to touch the people. I have something to say and I want people to understand. So, to me, I think art shows are important.

With the flint water crisis you decided to set up a fundraiser to get the people of flint water… How did that go? And what made you want to help those in need?

It’s crazy how it all happened actually. I was in Detroit and some of the people I had met were from Flint. They were telling us how bad it was for the city and for the people. Right then and there I knew I had wanted to do something. My business manager ended up getting on the phone with the owner of the gallery, which I dedicated my piece to. The owner of the gallery wanted to do a meet and greet with me. He then stated we should do something to help the people of Flint. Right away I said yes. We ended up getting tons of cases of water. Rooms filled with clean water for the people. We just really wanted to help the people. There are people in this world who see something wrong and choose to turn the other way. I don’t agree with that. I felt something when I saw the people suffering and I knew it was only right to help.

What’s your goal in life being an artist?

My goal in life as an artist is to inspire the world, the youth mostly. Let them know that it’s possible to live out your dreams. I want to be known, I want my art to mean something to the people.

If you could only give one tip to a kid trying to be artist… what would it be?

I’d have to say that you could do whatever it is you want to do in life. As long as you’re breathing, I promise you can do anything. Just constantly remind yourself why you do this. It’s way more than the money; it’s about making other people happy. Here’s a second one! Haha. Be fearless. There are going to be many people who try to bring you down. Remember to not focus on those people. Stay true to yourself and dream infinitely.