Start typing and press
Enter to search
Skip to content
Whats going on everybody! Happy New Years. Hope everyone had a good Christmas and a good New Years. Thanks to all the support I got from you guys last year. I hope you guys continue to show the support and enjoy the posts that will come throughout the year. I’m really excited to show you guys this one. I finally got to collab with an Artist i’ve been really wanting to work with for a while.I had been following him for over a year, just being a fan of his work, but I never asked to work with him. Then that changed, one day over the summer he posted this picture with a story.

When I saw that story I knew right away I wanted to work with him. He had a message he was trying to spread and it was all through his art. It made me realize just how powerful Art is. Check out some of the photos we got to shoot together below! 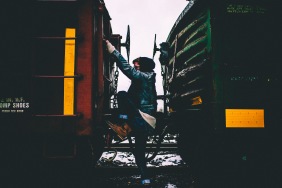 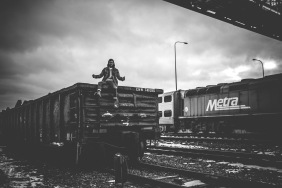 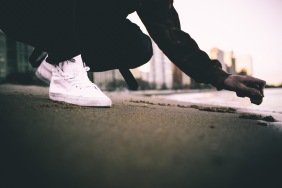 Check out the interview below

What’s going on man, introduce yourself.
Yo what’s going on! My name is Boywonder.
Where did the name boywonder come from?

The name doesn’t have that deep of a meaning. It just clicked one day. People would just called me Wonder. Also I’ve also been the smallest one out of my friends, so people would just call me Boy. So then we just put the two together, and I’ve been running with the name for around 2 years now. 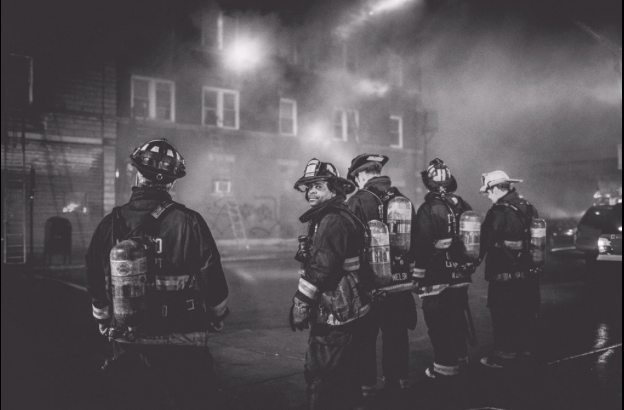 Explain how your life was like before art… what were you doing & how was your upbringing?

Before art, for a while I was into hanging around the skatepark. I had some friends who were into bmx and skateboarding. That’s where I first got introduced to cameras/photography actually. I would be able to shoot for my friends who would bike or skate. I  didn’t have much of an upbringing. I got into a lot of trouble at a young age, so when I got into photography it really helped me steer away from my trouble. I wasn’t really into sports or anything, just your everyday activities with friends, getting into trouble, being a young kid, you know. Haha.

How did you transition from all of that into art? How did you first start getting into photography?

It started with skateboarding, after that I developed my own eye and taste for art. I started shooting things that I actually liked. I was no longer shooting the skatepark stuff, I was shooting the things I had visions for and I really wanted to execute that and develop into a true artist.

What equipment do you tend to use?

Right now i’ve been shooting with a Canon 6d for 2 years now. I use a 35mm lense, I like prime lenses because they force you to be more involved with the photo. You have to do all the work, when it comes to angles, tight spaces. It’s a challenge, but it’s a good challenege.

What is it that interests you most about photography?

When I started to realize everytime I pressed the shutter button I created a piece of art that cannot be replicated. When I would come home id get excited to see all the photos I was shooting. Forward progress really helped me to get even more involved with photography. With the progress, I was able to write down more goals and set out to achieve them.

Describe that experience when you knew that photography was something you knew you had to do for the rest of your life.

It was a great feeling. It was scary because I had a dream that I had to chase. With dreams you either obtain them or you fail. I want to stay in it for the long run so I can see more and shoot more. New places drive me to want shoot and go out and create new moments.

How would you describe your photographic style?

I don’t know if I have a style that I always stick with. My style is always evolving. One week or one month I may shoot or edit a certain way. Then I will look at it and be like nah and switch it up. I really like dark tones, I used to watch black and white movies a lot while I was younger and those images stuck in my head. I wanted to recreate those images with my editing. With cityscape I really like giving you that true dark feel, I want to give you the true feeling and reality through my photos. 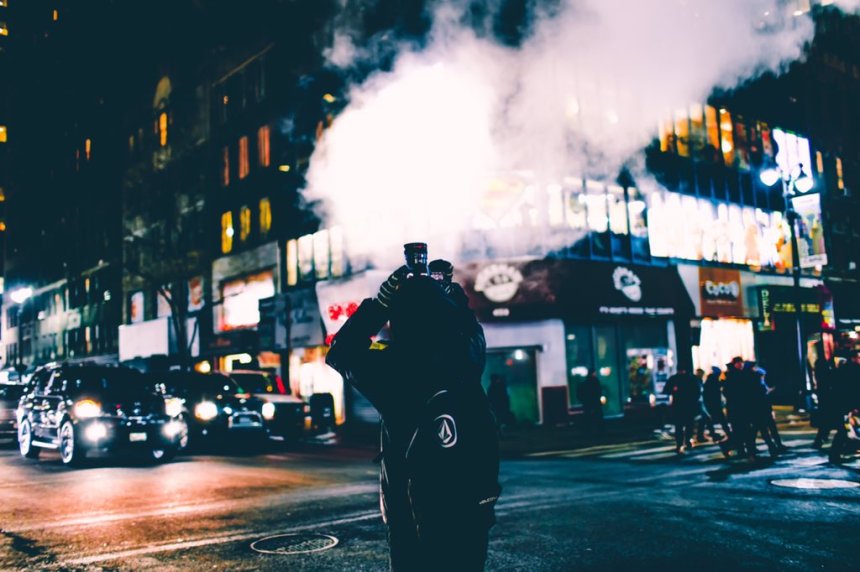 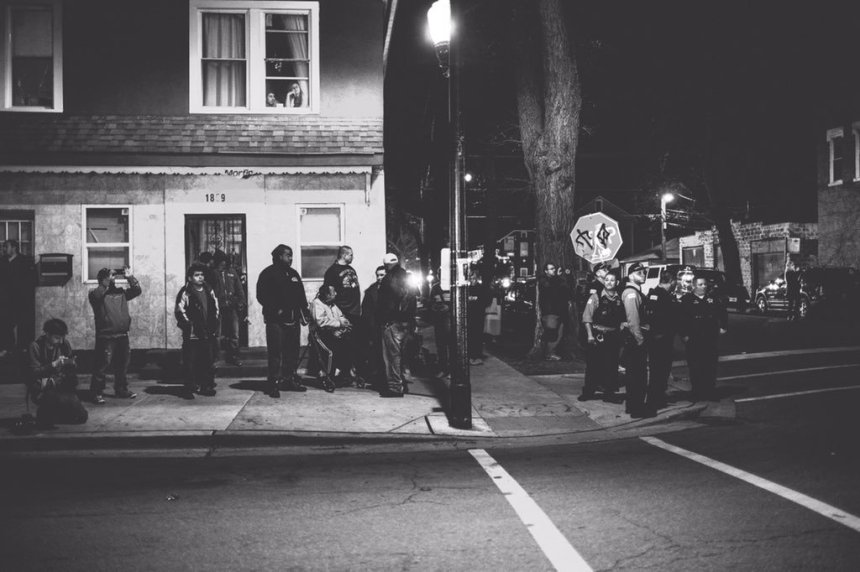 How has social media played a role in your photography?

Social media was just the most convenient tool at the time to lead me to thousands of other artists which shared the same passion as me. It helped me develop my style. Nobody can say they aren’t influenced by other artists around them. If I didn’t follow certain artists on instagram early on, I may not be in this position im in now. They didn’t know it then, but I was watching, and while they left a positive influence on me,  i’m now in a position where I hope to leave other artists the same way I felt when I first started this.

Throughout the years, how has art impacted your life? What life lessons have you learned from being an artist?

I didn’t really pay attention to art until around 2 years ago, im still in the early stage of being affected. Without art, I’d be a shallow person and be boring (haha). Art helps me look at everyday situations more differently. Sometimes we look at life black and white, but life is really a thousand colors. Art has helped me to be more open minded and not be so narrow minded. Just everyday reminders I need to help me get through life.

Do you find yourself looking at the world wondering how it would look as a photograph?

Yes haha, I cannot help it. It’s a legit sickness. I took my girl out to dinner last night and while driving, I was literally pulling the car over to write down addresses and intersections to come back to and shoot . Im always looking for an interesting concept to create with my own twist. Im going to do more shooting for myself this year. Im going to go out and look at things that I like and enjoy and shoot those things. 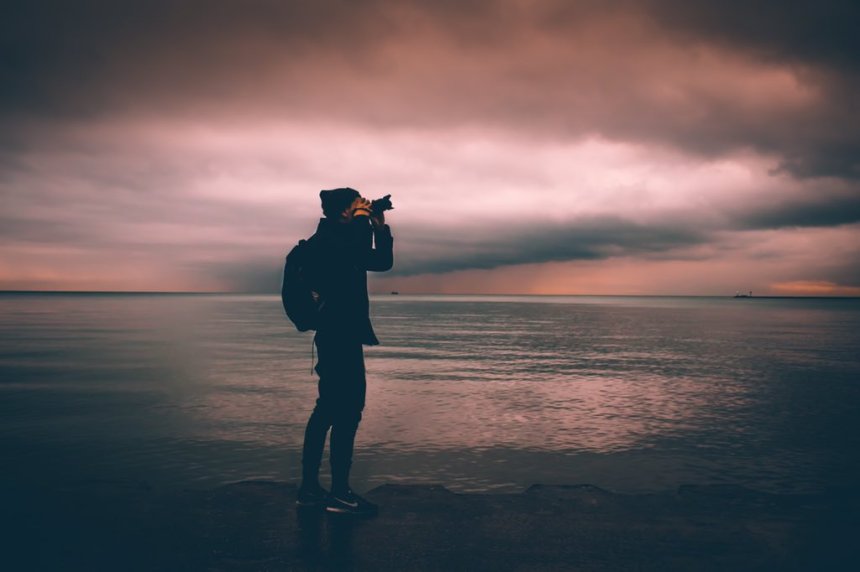 I briefly tried shooting with iphones, I just cant. My photos don’t come out as good as others. So props to those iphone shooters out there. I don’t think it killed photography, I think some people made a living off of it , so good for them. I personally think they’re pretty cool. The only possibly bad thing could be how they can get past certain shortcuts. Iphone photography Is the new way, but there also are fundamentals to shooting with a camera and I hope people don’t forget that as well.

What photographers have been your biggest influence?

If we are talking to who influenced me the most through Instagram i’d have to say Trashhand, 5pts, JasonMPeterson,  and Fursty. But in real life, the first person to kinda ‘take me under their wing’ so to speak would be a guy named Jose in New York. Last year around May I went to New York, I had been following Jose on Instagram for a while and he linked with me on my last night in NYC. We ended up drinking more than we shot that night but we exchanged numbers. 2 weeks later we linked again when he was in Chicago on business. I won’t say his IG handle but he was the first person to actually show me the business side of photography. I got to see how companies budget tens of thousands of dollars just to hire photographers for ads. Months later, I had the pleasure of working with my first full service ad agency in NY. Thru that I shook hands with hundreds of amazing people, learned so much about the industry I wanted so badly to be a part of all while making money thru my photos. It was a game changer.”

You’ve been able to travel, what has been your favorite spot to shoot?
What drives you to continue shooting?

San Francisco. Hands down. If I had a job out there waiting for me tomorrow, I would be there. San fran is literally awesome. This was my first time in Cali and my first trip alone. I got to link up with a lotSF natives while being out there. I finally got to see that the photography community is a worldwide thing, it’s not just a Chicago thing. We got to bond over art. It changed my life because it made things real. It made me see the potential to where this can truly take me. I’d have to say personal satisfaction and wanting to see the unseen drive me to want to continue shooting.

When it’s all said & done, what Impression do you want to leave on this earth through your photographs?

“I truly believe everyone has a special talent of their own. We all can look at the same thing and see it differently. The thing that bothers me the most is when people take the easy way and focus too much on other’s work and end up copying their ‘heroes’ without even knowing it. It takes courage to go out and experiment and create your own little wave to ride. I’m still doing that. I always have something on the back burner that I hope to turn into a masterpiece.”

How could people reach you for setting up a photoshoot?
Email would be the best way : Boywonderphoto@gmail.com
Any final things you have to say?
Be Your Own Hero